Thinking Through How to Safely Reopen Schools

While countries contemplate whether, when and how to allow students to return to the classroom, UNICEF and partners offer a roadmap for a safe reopening, with guidelines to help ensure that children's best interests remain paramount.

Nearly 1.3 billion children and youth are still affected by school closures prompted by the coronavirus pandemic. That's over 70 percent of the global student population.

The extent of the disruption is unprecedented, with untold consequences for children's education, health, safety and wellbeing. 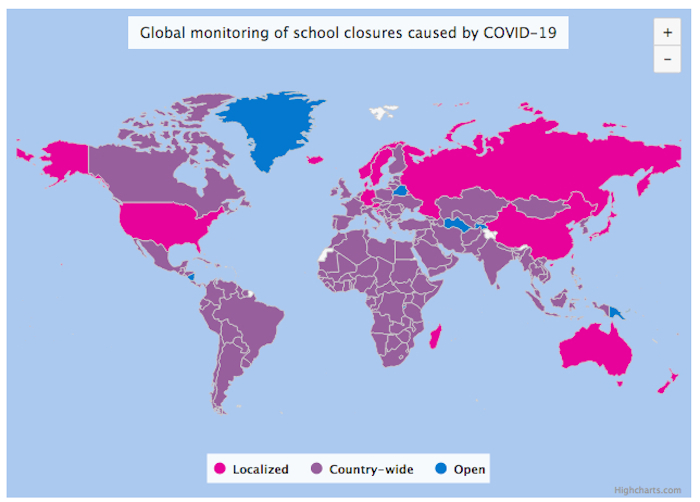 This UNESCO map shows the extent of school closures prompted by the COVID-19 pandemic. Amid mounting concerns about the long-term impacts of these closures on children's learning, health, safety and wellbeing, many countries have started reopening schools on a limited basis, with many more preparing to follow suit. © UNESCO

Some countries, concerned that keeping kids out of the classroom may be doing more harm than good — and encouraged by declining infection rates — have moved toward reopening schools, albeit with caution.

Denmark sent some children back to school on April 15. Germany reopened some schools on April 29, Israel on May 3.  In China, high school seniors in Beijing, Shanghai and Guangzhou returned to school on April 27 to prepare for college entrance exams. About 40% of schools have reopened in Japan. 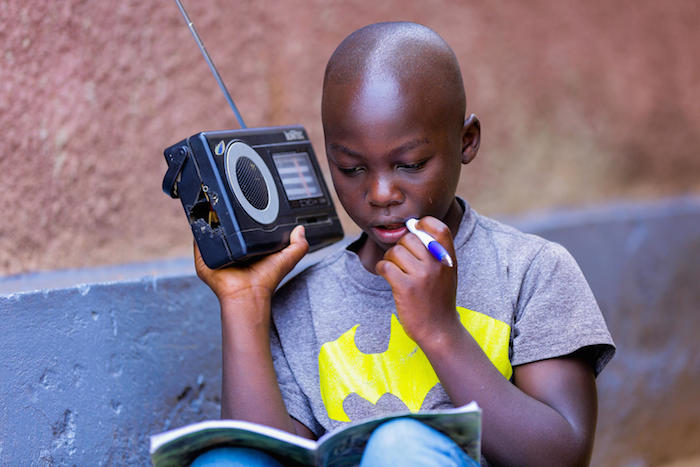 An 11-year-old boy in Rwanda whose school has closed in response to COVID-19 listens to his lessons on the radio. © UNICEF/UNI319836/Kanobana

Dozens of countries are expected to soon follow suit, prompting UNICEF, the World Bank, UNESCO and The World Food Program (members of a new global education coalition) to issue guidance for decision makers.

In a joint report, entitled, Framework for reopening schools, the UN agencies urge local and national authorities to carefully weigh all risks and benefits, and to consider socio-economic factors as well as education and health impacts. Above all, the report urges, children's best interests should remain paramount. As the report points out, school closures hit vulnerable children the hardest. Impoverished, marginalized children in low- and middle-income countries rely on school for many things besides learning. It's the place to go for a nutritious meal, for health services, for clean water and sanitation. The same is true for some kids in high-income countries as well. In 2018 in the U.S., nearly 30 million children were provided free or low-cost daily midday meals through the National School Lunch Program.

School as a safe haven from violence, exploitation and abuse

For the most vulnerable kids, school is often a safe haven from violence and exploitation. School closures during the 2014-2016 Ebola outbreak in West Africa led to increased rates of sexual abuse and teenage pregnancies.

The longer kids stay out of school, international development experts warn, the less likely they are to return. "Governments around the world are faced with a tough decision to make," UNICEF Executive Director Henrietta Fore noted. 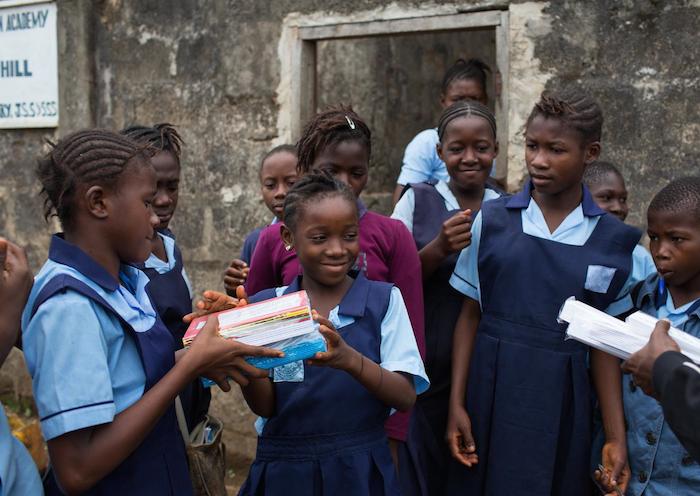 Students at Sahuna Royal Mountain Academy Primary School in Freetown, Sierra Leone, were among the 1.8 million students to receive free UNICEF school kits in May 2015 — in the middle of the worst Ebola outbreak in history. Keeping schools open even while Ebola still remained a threat turned out to be stabilizing for children, and helped reinforce best hygiene practices. With support from UNICEF and partners, anti-Ebola protocols and prevention measures were developed and implemented in schools in affected areas, and no cases of Ebola transmission in the schools were reported. © UNICEF/UNI186670/Bindra

Framework recommendations for reopening include reducing class size, holding classes outdoors when feasible and strengthening and prioritizing mental health services. To prevent disease transmission, schools should be sure to provide soap and clean water and promote healthy behaviors like handwashing and social distancing.

How these recommendations are applied, the report notes, depends on the local context; it is not a strict playbook, but a tool to guide discussions among local stakeholders.

A warning against returning to school 'business as usual'

The report also advises countries to think about reopening schools not as a return to business as usual, but as an opportunity to fix what wasn't working before; to make schools better.

Before the pandemic, more than half of all children in low- and middle-income countries finished primary school without learning to read. Calls to address this learning crisis predate the pandemic.

"Education should be truly accessible to every child — no matter who they are or where they live," Fore said. "Let’s explore every avenue to keep children learning, growing and developing. And when schools do re-open, let’s make sure they do so safely.”

Help UNICEF continue its global efforts to help reopen schools and improve access to education for the world's most vulnerable children. Your contribution can make a difference.

Top photo: Students at a school in Datong County, Qinghai Province, China, hold up health education leaflets developed by UNICEF to support their safe return to school. UNICEF provided 150,000 masks, 1,200 bottles of hand sanitizer, 25,000 bars of soap and 179 thermometers to primary schools in eight counties in Qinghai Province and also distributed posters and leaflets to help children learn about handwashing and other tips to stay safe from COVID-19. © UNICEF/China/2020/UNI328306/Jing