Super Dads Around the World

For Father's Day, UNICEF USA salutes caring dads and the children they love.

Above: A Syrian father kisses his baby boy inside a train departing Vinojug transit center in the Republic of Macedonia. He is a refugee seeking asylum — and a better future for his young family.

They protect and nurture. They guide and inspire. All over the world, loving fathers are putting their hearts into helping their daughters and sons grow strong and healthy, and dream big dreams. By giving their kids the care they deserve from the very beginning, super dads help provide a powerful foundation that will last a lifetime.

Good parenting for young children living in highly stressful conditions ... can even provide a buffer, helping them to fully develop despite adversity.

“The more fathers, mothers and other family members shower their babies and young children with love, play, good nutrition and protection, the better these children’s chances are of reaching optimal health, happiness and learning ability," says Pia Britto, UNICEF Chief of Early Childhood Development. "Good parenting for young children living in highly stressful conditions like conflict or extreme poverty can even provide a buffer, helping them to fully develop despite adversity."

Below, some fathers from around the world and the children they love. 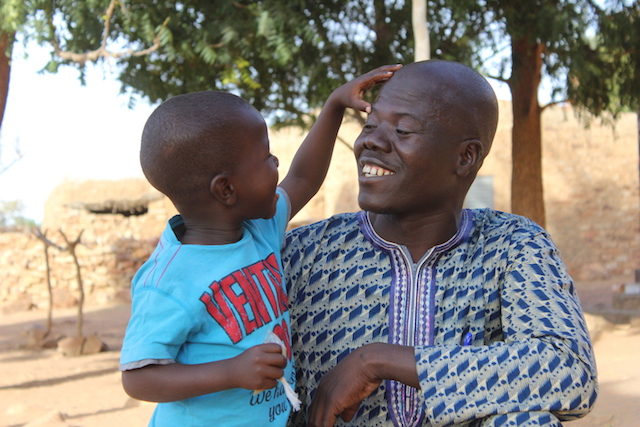 Hama has a hard time getting his son, Moussa, 4, to stop asking questions. "Before he was shy and afraid of people," says Hama, seated outside the family home in Songho village, central Mali. "Nowadays he doesn't hesitate to sing out loud! Sometimes he knows things that even his older brother, who is in third grade, doesn't know. 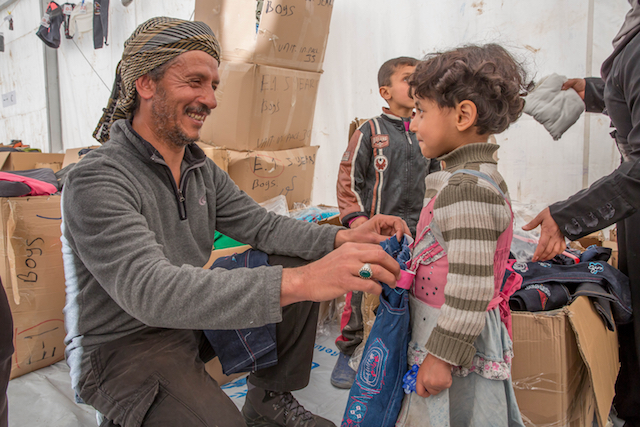 Mohammed and his daughter Sidra, 4, pick out clothes provided by UNICEF in Hasansham camp, Iraq. Mohammed and his family, like so many thousands of others, have been displaced by fighting in the battle to recapture Mosul. 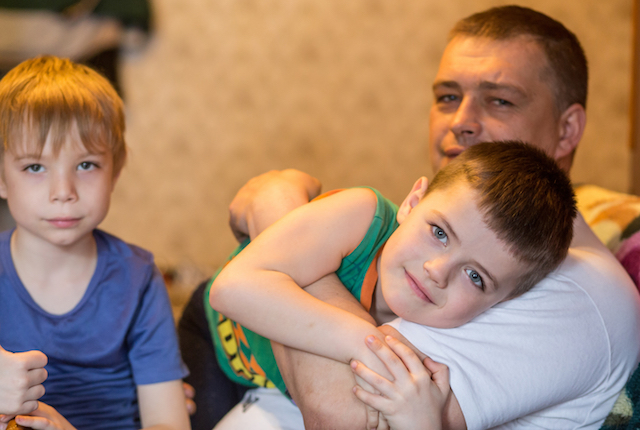 Life is a daily struggle for single father Andrii in Mariupol, eastern Ukraine, but he's doing his best to provide for and protect his sons Kolya, 7, and Zakhar, 6. Andrii fled his home when their neighbor's house was hit by shelling. Now they share an apartment with Andrii's sister and her family. "It was impossible to stay there anymore," he explains. "... We are sitting on a powder keg."