Two weeks after being engulfed in a mudslide and flood, nearly 500 have died, 600 more are missing, and thousands of children need help.

Early Monday morning, August 14, a slice of rocky mountainside — loosened by heavy rains — crashed down from Sugar Loaf Mountain onto the Regent community. Boulders and mud rolled over this suburban area, demolishing homes and streets. Torrents of water flooded communities farther down the valley, leaving them devastated as drenching rains continued to fall.

Since then, nearly 500 human bodies have been found in the region, amid fears that 600 more that are missing have died. Thousands have lost their homes. Sierra Leone’s Office of National Security estimates that more than 3,000 people have been displaced.

The scale of the damage is unprecedented. Children have been left homeless, vulnerable and terrified. - UNICEF representative Hamid El-Bashir Ibrahim.

The grim effects of the deadly mudslide continue

Mudslides and floods have affected several communities. Regent, in the path of the falling mountainside, is largely destroyed. Infrastructure and homes in neighboring communities have been washed away. Most of the people who were in the worst-hit areas that morning have died, been injured or survived but lost family members. Hundreds of children have lost one or both parents.

The affected region, where steep hills meet the sea, is now rife with health hazards. Crews are working against the threat of cholera, endemic in Sierra Leone. A hard-won sanitation infrastructure has been destroyed. John James, spokesman for UNICEF in Freetown, said bodies have been recovered from the sea and shore and floating in mangrove swamps. Others were buried under mud; relatively few were found alive. Mass burials are underway.

Hundreds are now dead due to flooding and landslides in Sierra Leone's capital. pic.twitter.com/aE2MbzNCyl

About one-third of the bodies discovered are those of children. And of close to 6,000 people affected by the disaster, almost half are children. This is a tough blow for a nation so recently decimated by Ebola. "Sierra Leone has a young population," says James. "This will have an impact on the lives of children and adolescents for decades to come."

UNICEF is on the ground, working to prevent further suffering

UNICEF teams, at the request of the government of Sierra Leone, are taking measures to prevent the spread of water-borne diseases. Many water sources are now contaminated, and water-supply networks have been damaged. UNICEF is setting up tanks of clean water and providing toilets and handwashing stations, including at hospitals. 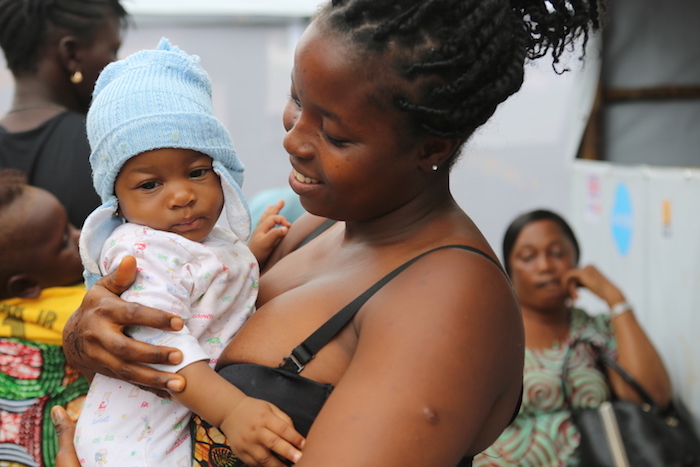 UNICEF is supporting health posts for the temporarily displaced survivors in Freetown's Regent community. Days after the mudslide has changed their world, mothers can help get their families back on track by getting medical consultations for their children. © UNICEF/UN076329/James/UNICEF

With partners and Sierra Leone’s Ministry of Health and Sanitation, UNICEF has supported a temporary health post at the Saio center for survivors temporarily displaced by the disaster. UNICEF is also providing medicines and protective equipment to health workers, and offering much-needed psychosocial support for the many children who have experienced trauma.

Children are surrounded by death and destruction — but there is hope

UNICEF and partners are working with local authorities to reunite separated children with their families. "We'll be working hard to trace the extended families of orphaned children," said James.

Hundreds of children are finding a dry, safe place at UNICEF-supported shelters and UNICEF Child-Friendly Spaces.

“The scale of the damage is unprecedented,” said UNICEF representative Hamid El-Bashir Ibrahim. “Children have been left homeless, vulnerable and terrified. We must do all we can to protect them from disease and exploitation.” 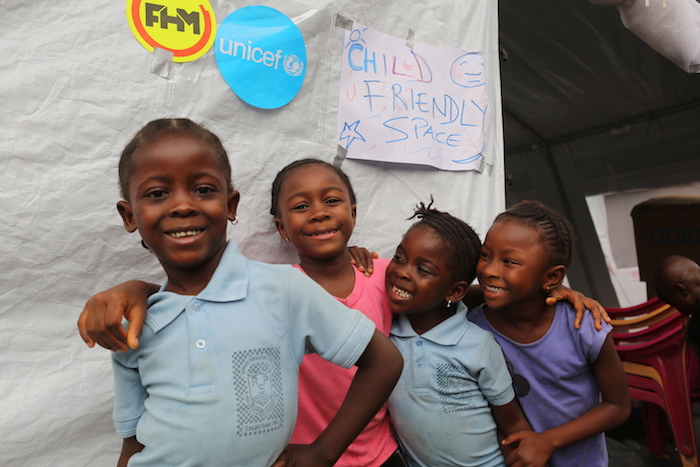 UNICEF has opened a Child-Friendly Space at the temporary displacement center in Regent, Freetown. Under the care of trained counselors, children can play safely. © UNICEF/UN076343/James/UNICEF

Support UNICEF's work to get children affected by the disaster the help they need now.