This Ramadan, a Generation of Syrian Children Need Our Support

Ten-year-old Ali, above, was only three when his family left Syria and moved to Mafraq, Jordan after their house in the Homs countryside was destroyed. "Sometimes we go onto Google Maps to see it," he said. "It doesn’t make me too sad because I didn’t live there for too long. But it does make me sad that I don’t have good memories of home.”

Ali is one of a generation of Syrian children born into conflict who have no memory of peace. Nearly 5 million children have been born inside Syria since the beginning of the war, and an additional 1 million have been born as refugees in neighboring countries, including Jordan.

Ali's grandparents still live in Syria. “I talk to them all the time," he said. "I miss them and really want to meet them." Ali wants to get a good education; he's worried about his family's future. “I wish I could become an Arabic teacher when I grow up. I want to be able to help my father because he is getting older and needs someone to take care of him.”

"I'm afraid of the sight of blood. I see that often when we watch news about Syria." — Kawthar, 10 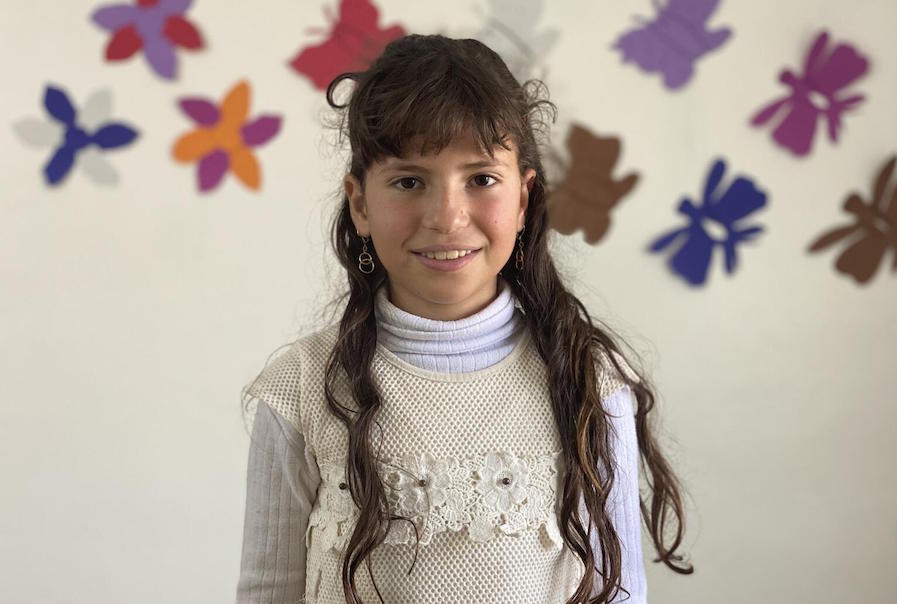 Kawthar, 10, is a Syrian refugee living in Mafraq, where she attends a UNICEF-supported Makani center that provides integrated learning support and child protection services. “The Makani center is my favorite place to be," she said. "I learn so much — sometimes even more than in school. We do math, Arabic and English. I think that I’ve become much better at these subjects since I started attending the sessions here. I love how peaceful it is at the Makani center."

“I wish I could go anywhere," she said. "I would like to travel to other cities. I even wish I could go to Syria but we’re not going to go back because it is dangerous.  And I’m afraid of the sight of blood. I see that often when we watch news about Syria." Kawthar's dream is to become a judge. "I want fairness to prevail. I watch television a lot and I see what people do when they lie. When I become a judge, I will see through their lies."

"Sometimes, I think of Syria and our home there. I ask my parents, 'Will we ever return to live there?' " — Rimas, 10 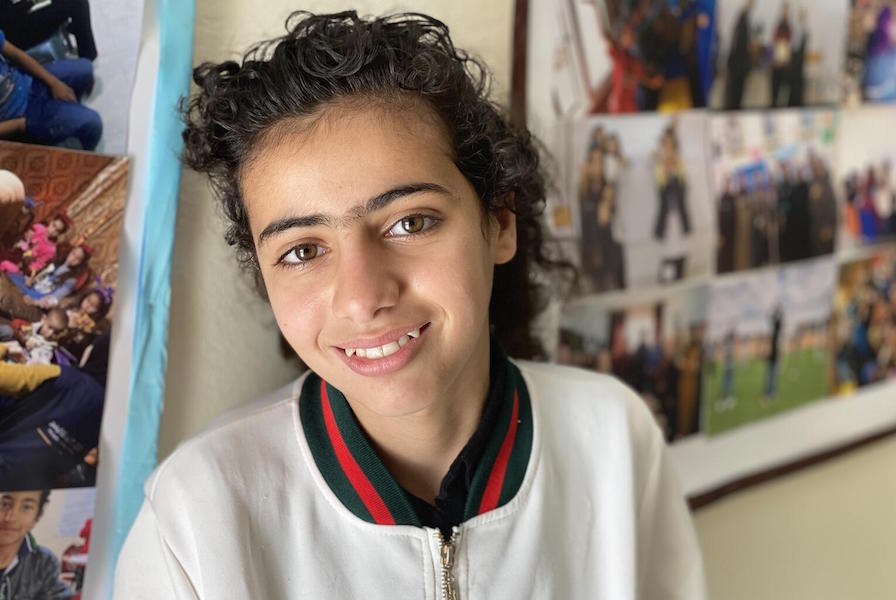 Rimas, 10, and her family are also from Homs. Now they live in Mafraq, where she and her siblings visit the local Makani center regularly. “I learned how to defend myself against bullies and I improved my Arabic and math in Makani. I feel much stronger now," she said.

“I don’t remember when I came to Jordan, but I think it was about seven years ago. I’m too young to remember my life in Syria — all my memories are of growing up here in Jordan."

“The best thing is that the community here are nice to my family. Our neighbors treat us as if we were part of their family. It makes me happy to live here even though, sometimes, I think of Syria and our home there. I ask my parents, 'Will we ever return to live there?' I only know my grandparents who still live there through the phone. But the main thing is that I’m with my family and we feel safe." 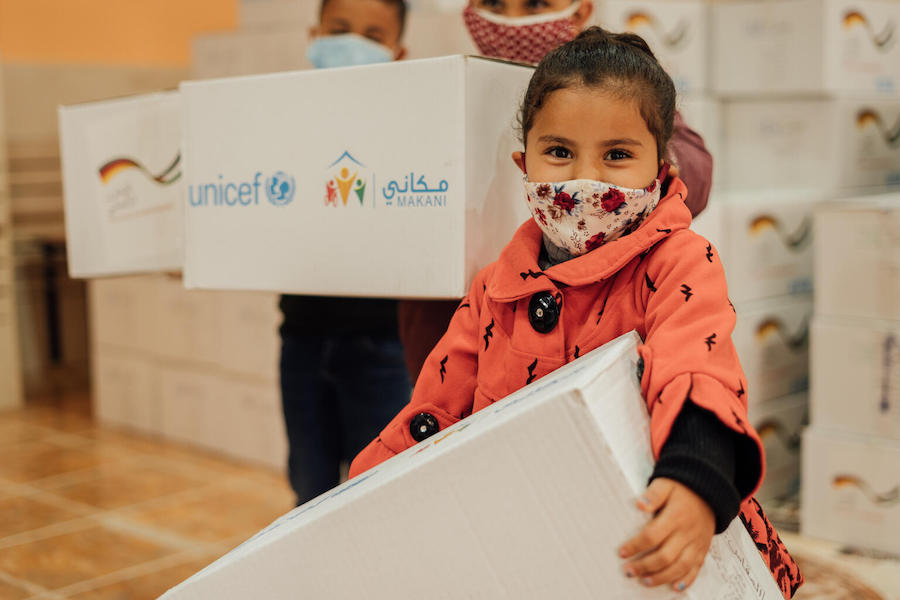 This past winter, as heavy snowfall and freezing temperatures swept the country, UNICEF Makani Centers in Jordan distributed 45,000 locally made winter clothing kits to vulnerable children like 4-year-old Lara, above. Filled with warm clothes and winter boots, the kits provided income-generating opportunities for the women and young people who produced them. “We’re ready for the storm now," Lara said.  "I’m taking all my teddy bears outside to play with the snow."

Ten years into the Syria crisis, funding is decreasing but the needs remain high

Ten years into the Syria crisis, funding is decreasing but the needs remain high — with children facing a double crisis following the devastating impacts of the COVID-19 pandemic. UNICEF supports the Government of Jordan to help all children survive and thrive, regardless of their nationality or status.

Over the past decade, UNICEF has provided lifesaving interventions to children in Syria and Syrian refugee families in neighboring countries. In 2020 alone, nearly 900,000 children received routine immunizations or vaccination against measles; over 400,000 children were reached with psychosocial support; over 3.7 million children had access to formal or informal education; over 5.4 million people received safe water through water supply improvements; and more than 55 million people were reached with health safety information on how to prevent the spread of COVID-19.

Top photo: Ten-year-old Ali is a Syrian refugee living in Mafraq, Jordan with his four brothers, two sisters and parents. His grandparents still live in Syria. "I miss them and really want to meet them," he said. Ali is one of a generation of children born into the decade-long Syrian crisis. © UNICEF/UN0434324/El-Noaimi