Q & A: Austyn Weiner in Senegal With UNICEF

The artist talks about what it meant to her to experience protecting children firsthand.

Earlier this month, Austyn Weiner traveled to Senegal to see the work UNICEF is doing in areas of health, birth registration and girls’ education.

Across the country, violence against children is widespread. At La Maison Rose shelter in Dakar, young women and their children can get temporary housing and support while having access to health care and life skills classes that set them up to pursue a career. For Weiner, it was the story of a 16-year-old girl who lost her baby prematurely that drove home the importance of shelters like La Maison Rose. La Maison Rose gives shelter to women and young girls who have experienced abuse. Here, they’re able to find health, legal and social care as well as a sense of community and family. © UNICEF/Vincent Tremeau 2019

“It really painted the picture of the complexities of birth and it’s not just ‘oh you have the baby and you get to the finish line.’ The health of the mother is in jeopardy, the health of the child is in jeopardy,” says Weiner. “And I think that this woman’s experience and the psychological help that the shelter provided her – separate from the physical – really kind of showed the different ways in which these UNICEF-funded programs are tackling issues from all angles.”

From Dakar, the team made its way to a maternal and child health center in Kolda to learn more about UNICEF’s birth registration efforts. One in four children in the country are missing birth certificates, meaning they’re ineligible for lifesaving government services like health care, education, and child protection. By working with local government, UNICEF Senegal has helped set up birth registration desks and at hospitals and birthing centers, doubling the number of children registered. 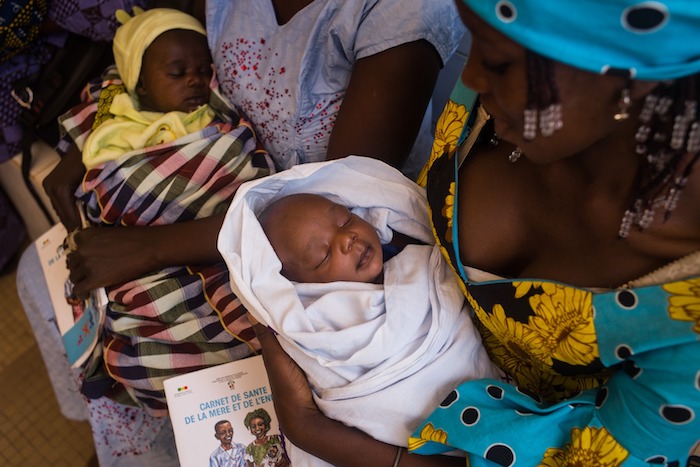 When children’s births aren't registered, they cannot access the education system – a vital tool for their future wellbeing. That’s why UNICEF Senegal is working to standardize birth registration across the country. © UNICEF/Vincent Tremeau 2019

Outside Kolda, Weiner and her team visited a primary school where UNICEF Senegal works to improve conditions for students and teachers alike. While 70 percent of children in the country start school, many drop out due to poverty, distance and early marriages. Through the bridging program – which involves inclusive and flexible mixed-age classes – UNICEF Senegal has brought 10,000 children back to school and trained more than 700 teachers on inclusive education, gender equality and violence prevention. Buba, a teacher Weiner met on her visit, is an example of those who go above and beyond to bring quality education to Senegalese children.

“He was in charge of teaching a combined first- and second-grade class,” says Weiner. “And they say first and second graders, but some children don’t have registration, so they don’t know how old they are. Being able to see the way in which this teacher – who had very, very little resources – was juggling so many different ages of kids in one room was extremely inspiring.” 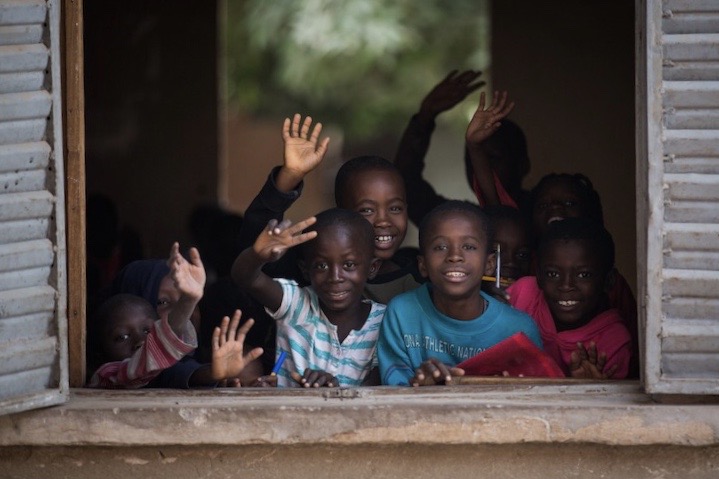 The trip inspired Weiner to use her platform and fundraise through Instagram for the first time. In six days, she was able to raise over $50,000 for to help UNICEF save and protect children in Senegal.

“[Raising that money] was a very reactionary experience, and it happened because I was lucky to be there and really get an expansive idea of where UNICEF funding really goes to and why,” Weiner says. “I think for the first time, I really saw the power of social media. You figure it’s a click away like everything else, just five seconds of attention. But I felt the need to tell these stories in the way people were telling them to me, and all of these [donors] came together over truly being moved and wanting to make a change.” 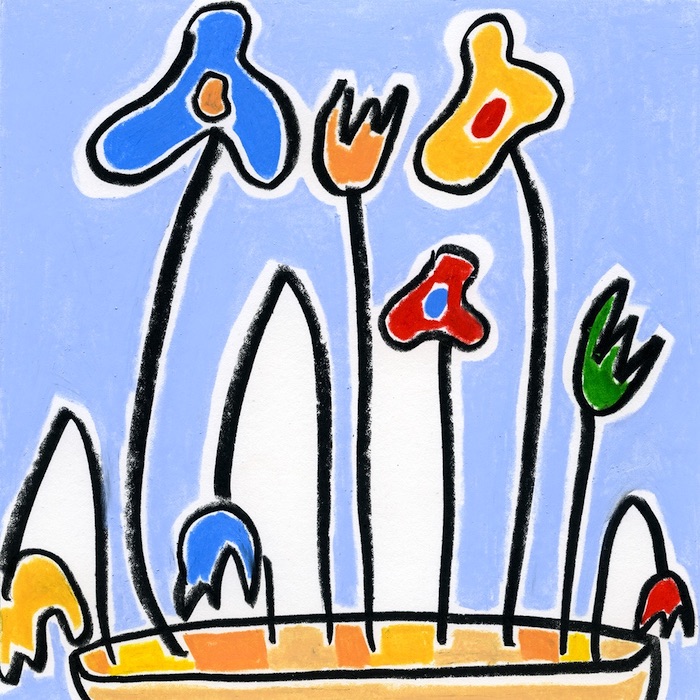 Austyn Weiner says her artwork has been influenced by her travels with UNICEF.

Austyn Weiner’s fundraiser will be open through the new year. To donate, click here.

Banner photo: the artist with a new friend in a village near Kolda, Senegal, where UNICEF is working to give villagers access to safe water. © UNICEF/Vincent Tremeau 2019