Migration in search of better opportunities is as old as human history. But for millions of children and families, pushed out of their homes by extreme poverty and brutal violence, the decision to leave is driven by desperation.

To mark the 30th anniversary of the Convention on the Rights of the Child (CRC), the World Press Photo Foundation and UNICEF jointly present an exhibition of photographs that illustrate the physical, emotional and psychological impact of migration on children around the world.

Chosen from images showcased in World Press Photo Contests from 2016 - 2019, the photos highlight the importance of protecting the rights of every child, wherever they are. Below, a selection from the exhibition, which is open to the public until November 30 at UNICEF House in New York City. 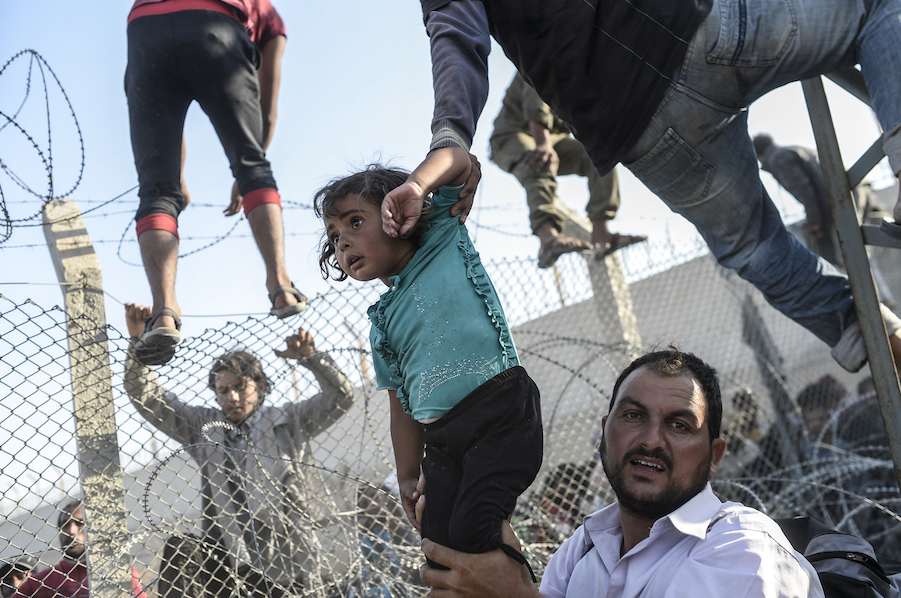 In June 2015, as fighting escalated between members of the so-called Islamic State and a coalition of Kurdish and opposition militia in northern Syria, a wave of civilians fleeing air strikes and ground battles turned to Turkey for safety. Above, people cross into Turkey through a broken fence near the official border crossing at Akçakale on June 14, 2015. © Bulent Kilic Refugee children covered by rain ponchos wait in line to be registered in Preševo, Serbia on October 7, 2015. Many refugees fleeing conflict in the Middle East hope to continue their journey north towards countries of the European Union. © Matic Zorman 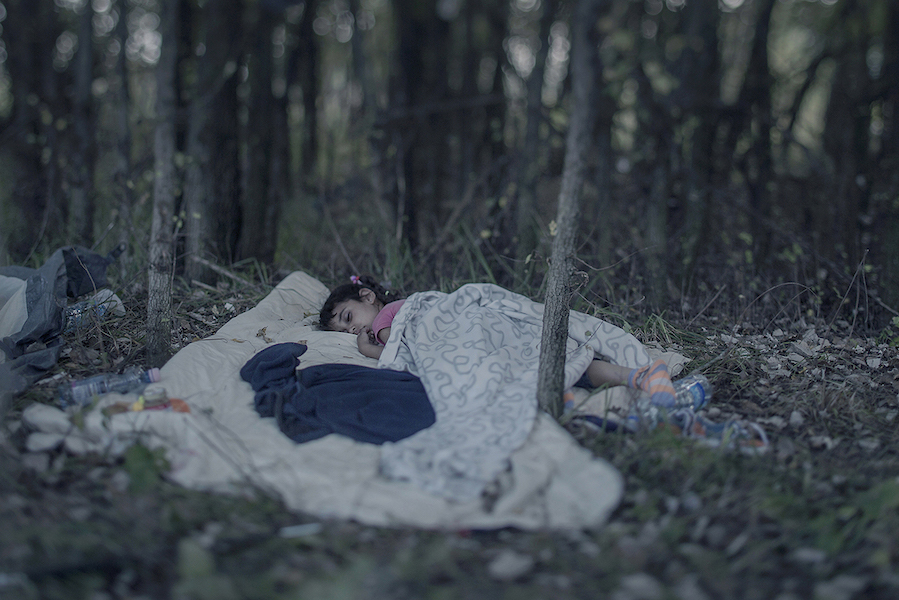 Lamar, 5, sleeps on a blanket in a Serbian forest on September 15, 2015. Her dolls and toy train were left behind in Baghdad, Iraq. After two attempts at crossing the sea from Turkey in a small dinghy, the family reached Serbia, only to find the border with Hungary closed. © Magnus Wennman 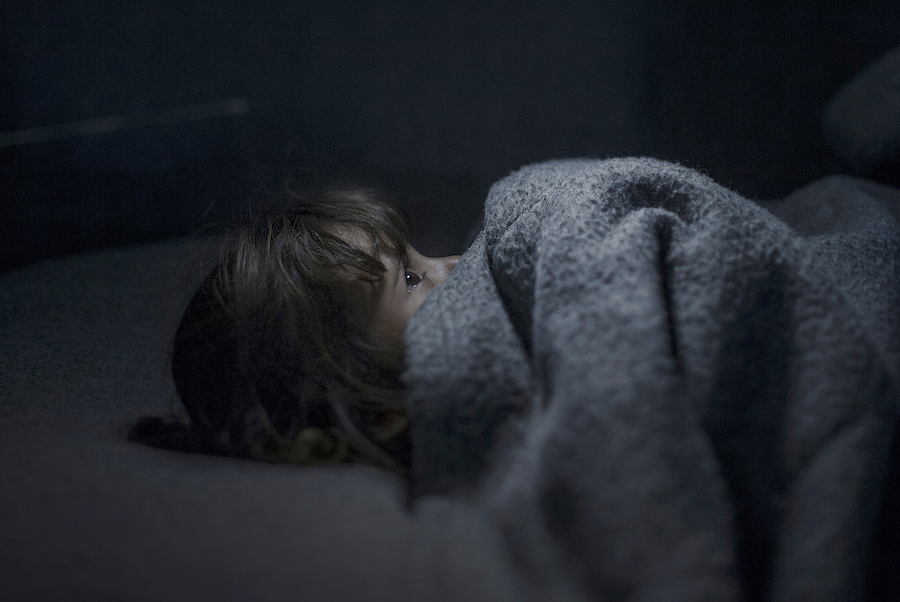 On February 4, 2015 in Azraq, Jordan, Fara, 2, tries to fall asleep on her family's long journey to their new home. Fara loves playing soccer, so her father makes balls for her by crumpling up anything he can find, but they don't last long. © Magnus Wennman 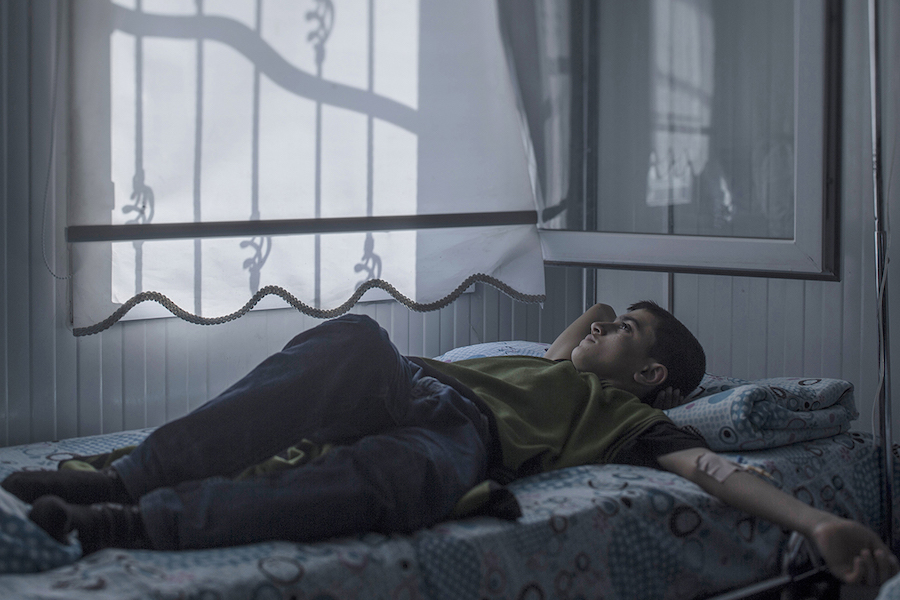 In March 2015, 13-year-old Mohammed remembers how he once dreamed of being an architect. He used to enjoy walking around Aleppo, Syria, looking at houses. Now many of his favorite buildings are gone, blown to pieces. He says the strangest thing about war is that you get used to being scared. © Magnus Wennman 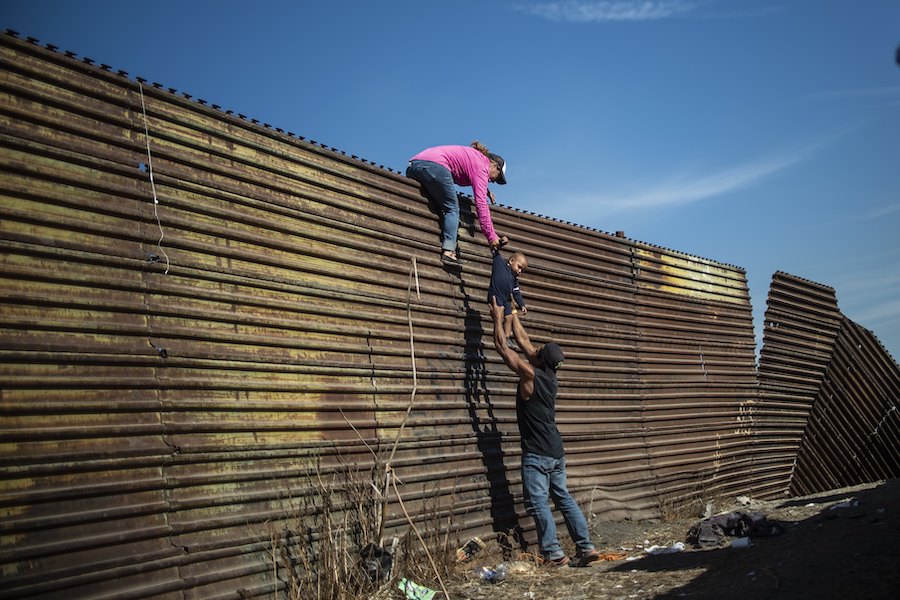 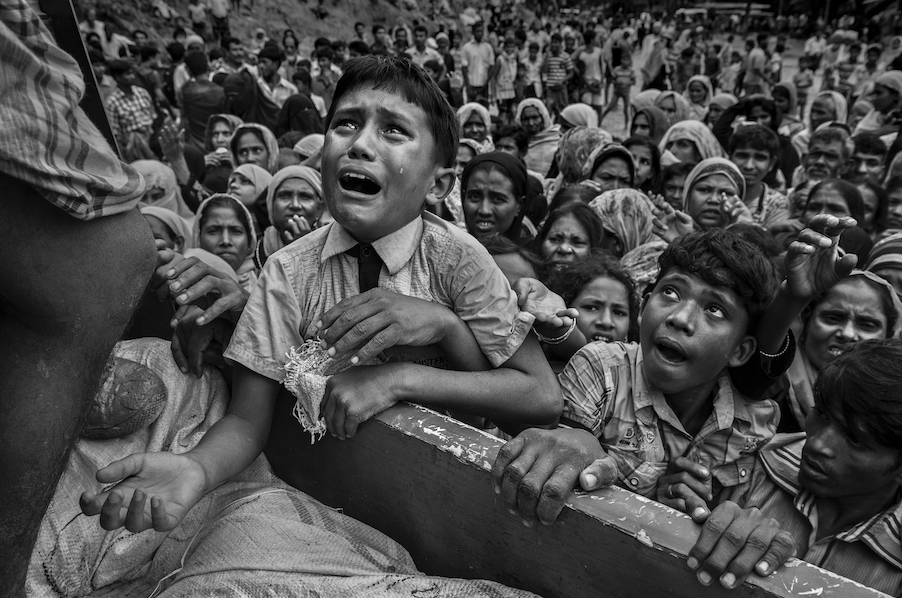 Hundreds of thousands of Rohingya refugees streamed out of Myanmar into southern Bangladesh in August 2017. A young Rohingya refugee cries as he climbs on a truck distributing aid near the Balukhali refugee camp in Cox's Bazar, Bangladesh on September 20, 2017. © Kevin Frayer/Getty Images 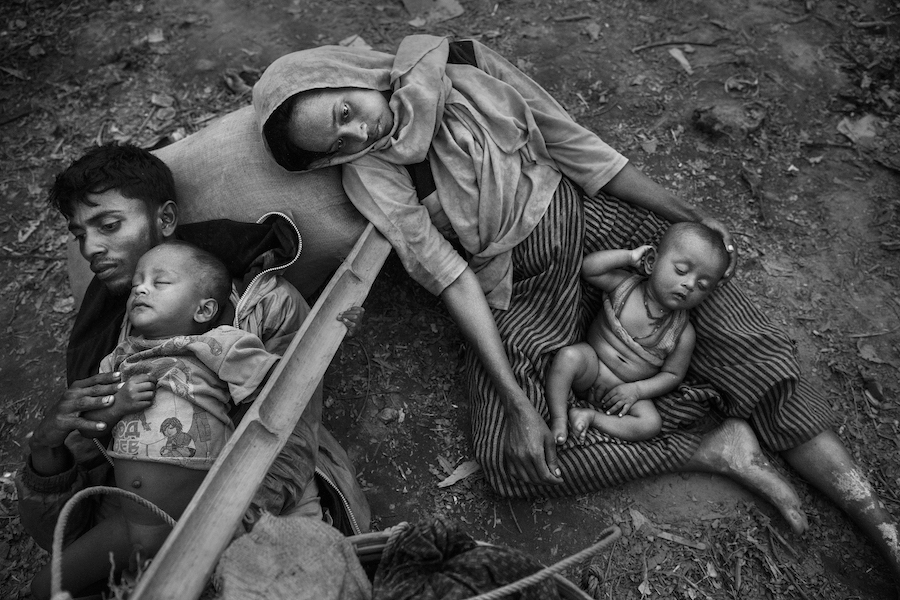 On October 2, 2017, Minara Hassan, her husband, Ekramul, and their children lie exhausted on the ground on the Bangladesh side of the Naf River, after fleeing their home in Maungdaw, Myanmar. © Kevin Frayer/Getty Images 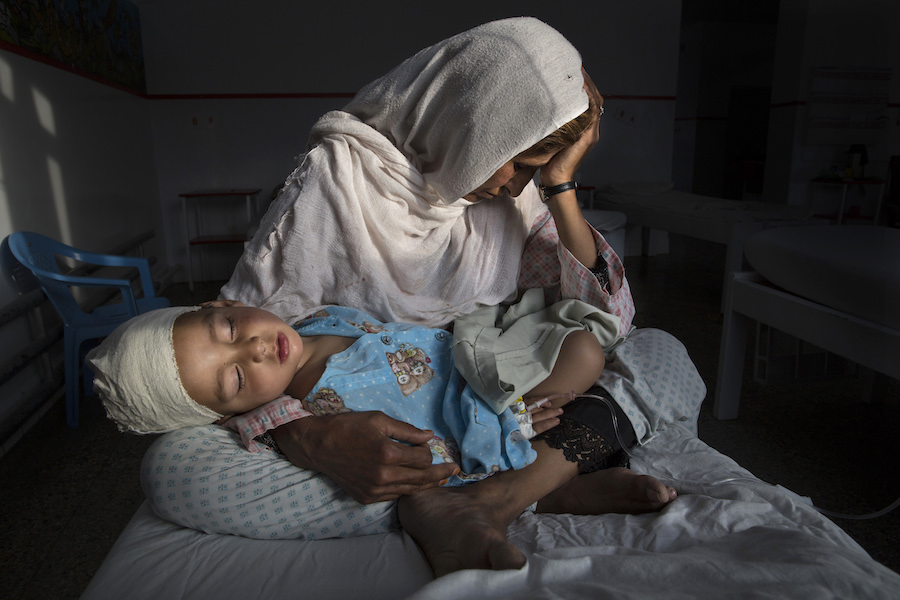 Najiba holds her nephew Shabir, 2, who was injured in a bomb blast that killed his sister in Kabul, Afghanistan in March 2019.  © Paula Bronstein/Getty Images Reportage for Pulitzer Center on Crisis Reporting 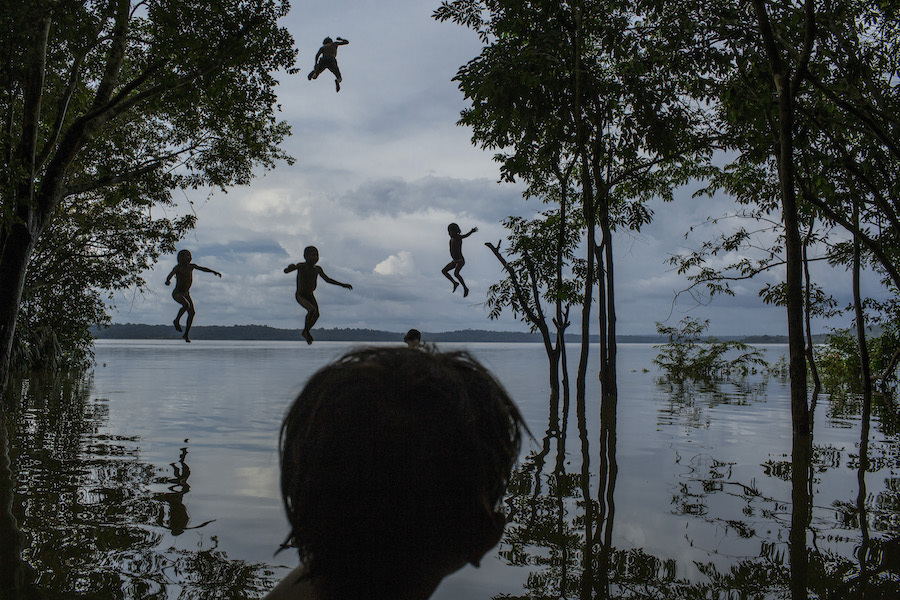 Thirty years ago, world leaders made a promise to every child to promote and protect their rights — wherever they are — by adopting the CRC, the most widely ratified human rights treaty in history. The CRC commits member states to uphold children's rights to survival and development, freedom and protection, and identity and privacy, and has improved the lives of millions of children. Yet 21st century challenges threaten to slow or reverse progress.

"It is a privilege to partner with the World Press Photo Foundation on this special exhibition to bring attention to the challenges faced by uprooted children," said UNICEF Global Director of Communication Paloma Escudero. "The exhibition serves as a reminder that there is much more to be done to uphold the commitments made under the Convention on the Rights of the Child for children forced from their homes."

To learn more about UNICEF's work to help children and adolescents around the world, please click here.

Top photo: An 11-year-old girl from Nigeria (left) comforts her younger brother aboard a rescue boat after they were picked up from an overcrowded dinghy in the Mediterranean Sea en route to Italy, about 14 miles north of Sabratha, Libya, on July 28, 2016. Their mother died in Libya, after crossing the Sahara. © Santi Palacios/The Associated Press