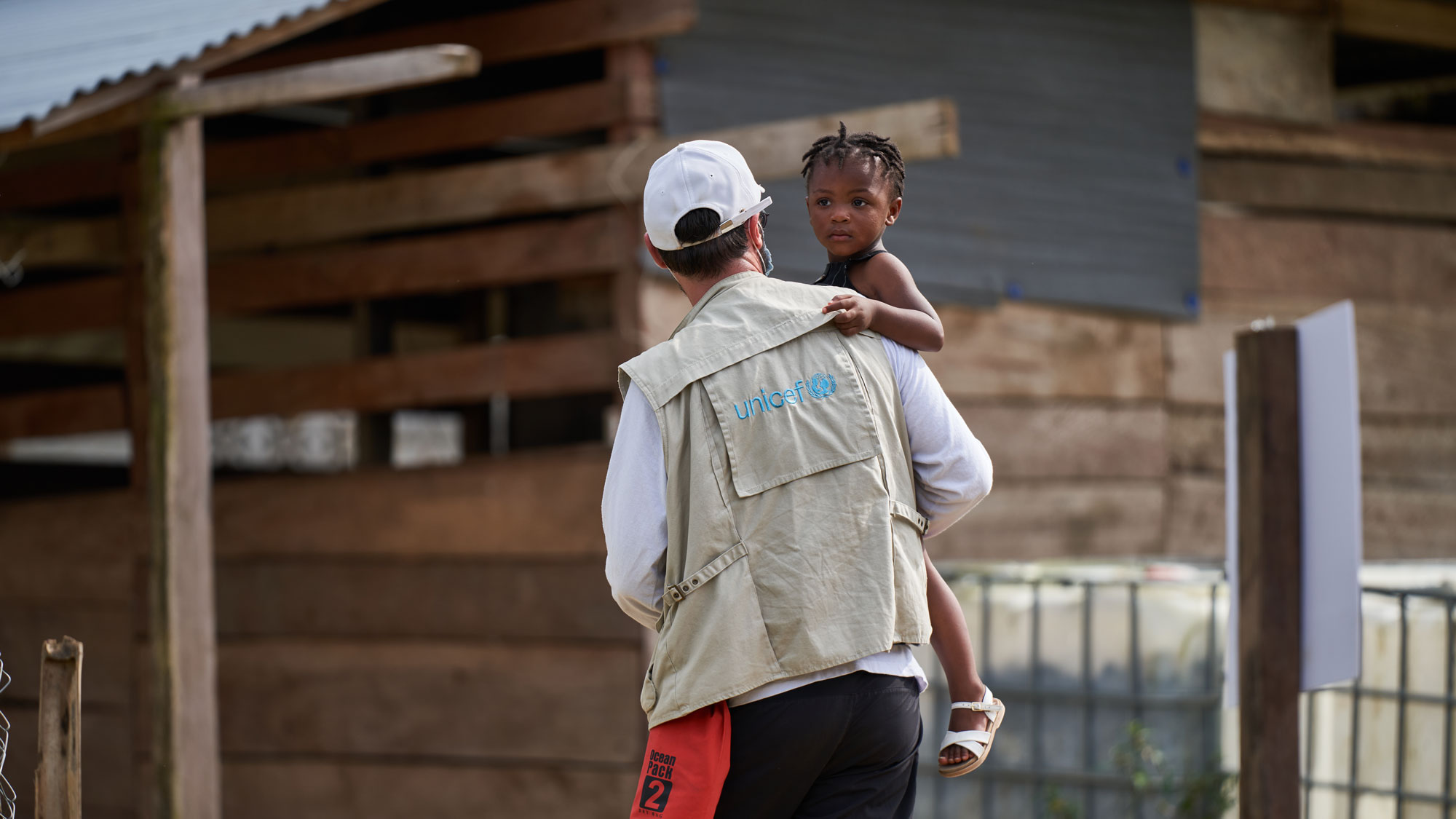 The number of people worldwide forced to flee conflict, violence, human rights violations and persecution continues to grow. In May 2022, it topped 100 million for the first time, a surge propelled by Ukraine's war, which displaced nearly 8 million people in just three months, and new waves of violence in Ethiopia, Burkina Faso, Myanmar, Nigeria, Afghanistan and the Democratic Republic of the Congo, according to UNHCR, the UN's Refugee Agency.

They urgently need help, and UNICEF won't stop helping them.

Top photo: Alfonso F. Reca, Regional Communications Specialist for UNICEF in Latin America and the Caribbean, carries a child who has just arrived with her mother in Bajo Chiquito, Darién, Panamá, after journeying through the Darién Gap, a dangerous jungle that separates Panama from Colombia and an increasingly popular migration route. Most children crossing the Darién Gap are the children of Haitian migrants, some of whom moved to Chile and Brazil after the devastating earthquake in 2010, others who left after the earthquake that struck Haiti in August 2021. © UNICEF/UN0559477/Urdaneta

A Cold, Dark Winter for the Children of Ukraine
Attacks on energy infrastructure are causing heat and power outages across Ukraine. [VIDEO]
END_OF_DOCUMENT_TOKEN_TO_BE_REPLACED