Online Donations: How You Can Donate Money Online to UNICEF USA | UNICEF USA

Online Donations: How You Can Donate Money Online to UNICEF USA

Looking to make an online donation to charity that helps kids? UNICEF USA works hard to save children in need all over the world.

Donating online to UNICEF USA is the most effective way to make a lifesaving difference for the children and young people living in the world’s toughest places. By working with governments and policy makers as well as local communities, UNICEF has both the access and connections to solve the most pressing problems children face. By providing health care and immunizations, clean water and sanitation, nutrition, education, emergency relief and more, UNICEF has helped save more children’s lives than any other humanitarian organization.

When you donate money online to UNICEF USA, you can rest assured your support will have maximum impact on children. For over 40 years, UNICEF has been delivering low-cost, high-impact solutions — like teaching kids to wash their hands or immunizing them against deadly diseases — that have saved millions of lives.

UNICEF has many programs to help families meet their children’s daily needs and give them the essentials for growing healthy and strong. When you donate to children with UNICEF also has what it takes to protect children when disaster strikes. UNICEF responds to 300 emergencies each year — wars in Syria, Yemen, Central African Republic and Nigeria; earthquakes in Indonesia, hurricanes, deadly outbreaks of Ebola and measles — many of which are ongoing. Among the first humanitarian organizations on the ground and last to leave, UNICEF can be depended upon to go the distance — virtually no place is too remote or dangerous — to make every online donation count for children.

What UNICEF causes can I donate money to online?

What issues do you care about? Children’s education? Health care? Girls’ empowerment? Nutrition? Keeping migrant families and children together and safe? UNICEF has all those and many more covered.

Children and their families living in tent settlements in Syria are forced to withstand freezing temperatures. To help them fend off the cold, UNICEF is offering families vouchers they can use to buy winter clothes. Thanks to the program, children like Gh 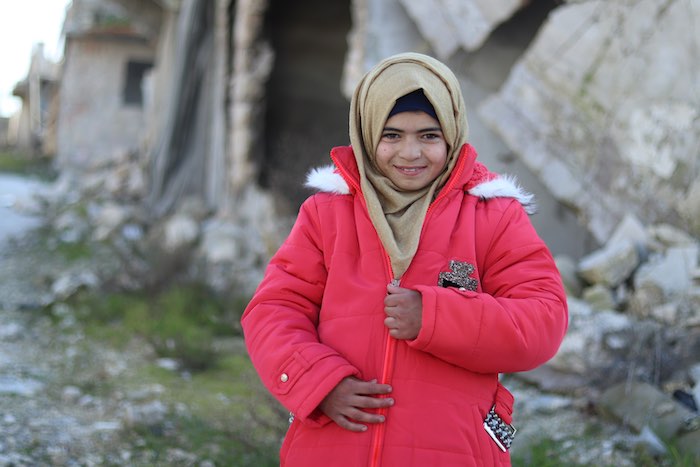 After years of violence, displacement and lost income, many families across Syria are unable to provide for their children’s most basic needs, including winter clothes. To help them fend off the cold, UNICEF is offering families vouchers they can use to buy winter clothes. Thanks to the program, children like Ghana, 12, are safe and warm. © UNICEF/UN0280487/Al-Issa

One of the most dangerous places in the world to be a child, Syria has been devastated by the brutal civil war that began in 2011. Millions of Syrian children have grown up amidst violence, which has forced far too many families to flee home for remote areas where survival is a desperate struggle.

A staggering 13.1 million people need humanitarian assistance in Syria, among them 5.6 million children who have witnessed terrible violence. With schools, hospitals, playgrounds and the nation’s infrastructure destroyed, Syria’s children need everything UNICEF is uniquely qualified to provide, from clean water, health care and school supplies to protection, emotional support and nutrition.

“If it wasn’t for UNICEF, we would not be able to buy any winter clothes this year,” says one father, who's staying with his family at the home of relatives while their house, which was damaged by the fighting, is repaired. “This year, even used clothes are beyond our means. I spend everything I make on fixing the house, food and medicine.

Every online donation you make will help to protect Syria’s children.

Since January 2014, Iraq has suffered from intense conflict and sectarian violence. In 2019, more than 6.5 million people will require humanitarian assistance, including 3 million children. Though the violence has dissipated over the years, Iraqi children are still struggling to do what comes easily to most children here in the U.S.: go to school, stay warm and healthy in winter, and imagine what they want to be when they grow up — with confidence their dreams could actually come true.

Decades of conflict have devastated Iraq's education system, formerly considered the best in the region. In some areas, over 90 percent of children are unable to go to school. The situation is worse for girls, who are under-represented in both primary and secondary schools. 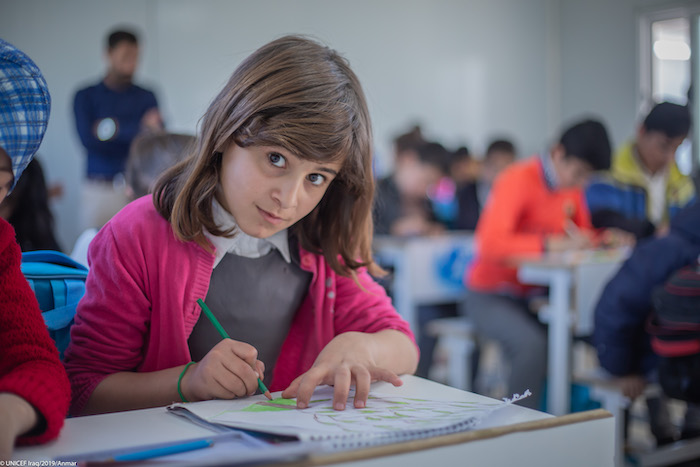 More than 500 Iraqi and Syrian students are getting back to learning at this primary school in Erbil, built by UNICEF with the generous support of the Bureau of Population, Refugees, & Migration. "Here I can complete my studies and get ready for university,” says 11-year-old Rodin. ©UNICEF/UN0284845/Anmar

Your online donation will go a long way toward protecting and saving Iraqi children.

The worst humanitarian crisis in the world is taking place in Yemen. With basic services like water, health care and sanitation all but collapsed, 28 million Yemenis have been forced to rely on deliveries of fuel and humanitarian aid from UNICEF and its partners.

At least 2 million children are out of school and 8.6 million have no way to get safe water or sanitation services. Children continue to be killed and injured in the violence. 1.8 million children are acutely malnourished, with 360,000 of them suffering from severe acute malnutrition. Your online donation can help UNICEF treat children who are suffering from this deadly form of malnutrition.

Learn more about the war on children in Yemen and how you can help.

In August 2017, the military in Myanmar launched a full-scale attack upon the Rohingya, a stateless Muslim minority. Villages were burned, men, women and children brutally murdered and countless women and children raped. The genocide sent hundreds of thousands of Rohingya fleeing for their lives to neighboring Bangladesh. Today, over 900,000 people live as refugees in the world’s largest most congested refugee settlement in the Cox’s Bazar area in southern Bangladesh.

Unable to return to Myanmar, where they have no legal identity or citizenship, Rohingya children are living in limbo in Bangladesh, homeless, stateless with many unable to learn due to lack of resources and a Bangladesh law prohibiting them from formal education.

Getting 381,000 refugee children — many of whom had never been to school — learning has been a huge challenge for UNICEF and its education partners.

UNICEF helped get hundreds of learning centers for children under the age of 14 up and running, but the demand far outstrips the available spaces. The chance to learn is still out of reach for 39 percent of children and 97 percent of adolescents. In an effort to provide some form of education for all, UNICEF is scaling up to reach 250,000 Rohingya refugee children this year, and is now working to have 5,000 learning centers open by the end of 2019. Your online donation can help give children who’ve lost everything the skills they need to build a safer, self-sustaining future.

Find out how your online donation can help a generation of Rohingya children trapped in limbo.

Learn more about how UNICEF is working to solve many of the world’s pressing problems.

Discover how much good your online donation can do for children.