Mustafa, a Syrian Teenager, Finds a New Home and a New Life

Mustafa is a Syrian child refugee living in Germany. Unfortunately, many of his family members have been forced by Syria's brutal civil war to flee to other countries. As he explains, “My life’s good now. I’m happy. But my father is in Iraq. One of my sisters is in Syria, far away from me."

Still, with support from organizations like UNICEF, Mustafa is learning to navigate the challenges of life and school in a foreign country.

"Now I have a residency permit," Mustafa says. "I’m staying with my family. No war, and ... I feel secure. And everybody’s very good to us, thank God."

In Germany, Mustafa can focus on growing up, not guns and bombs. He vows: "I will continue with my studies ... my education ... because that's what I count on. And basketball. These are the two things I count on."

When Mustafa was 13, he and his family were forced to flee home because of Syria's brutal civil war. Mustafa had to leave his toys — and his childhood — behind. After bombing and armed conflict in his home town — and after learning that warring factions might target his brothers — Mustafa was scared. "I kept thinking about what was happening to us. Were we going to die? God forbid!"

UNICEF launched its animated video about Mustafa as the third of three animated shorts in a series called Unfairy Tales. Based on true stories of children escaping conflict, the videos explain why they fled and what happened on the way.

UNICEF hopes its Unfairy Tales series will remind everyone that — before they are migrants, refugees or members of any race, nationality or religion — children are children.

Every child has rights and deserves a fair chance.  That's why we must all put children first. 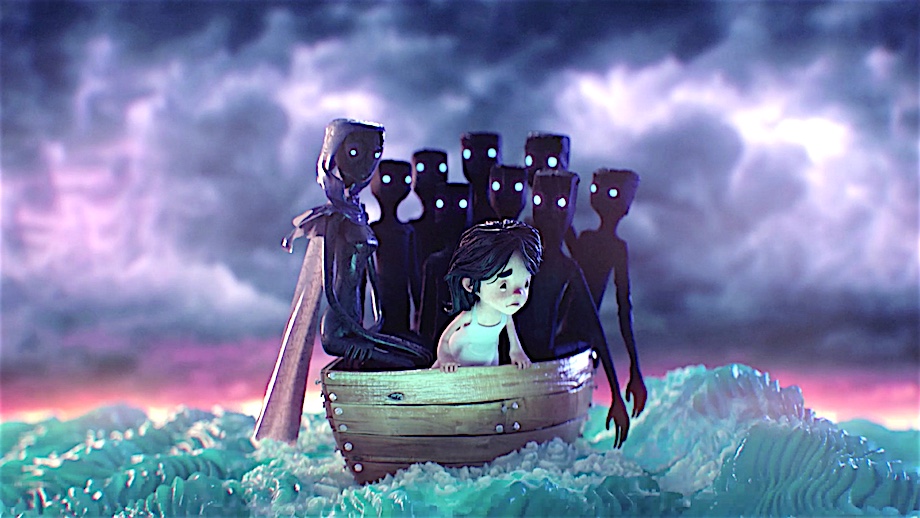 A still from the animated video short, “Malak and the Boat.” The video depicts 7-year-old Malak, a Syrian girl, fleeing with her family from war-torn Syria and braving a dangerous journey across the Mediterranean. “I had a lot of friends, now there is no one left,” Malak says. © UNICEF/UN013573/House of Colors

”The stories of children like Mustafa are not unusual. At least 65 million children and young people globally are on the move — escaping conflict, poverty and extreme weather — looking for a more stable life and a place to call home,” said UNICEF's Head of Communication Paloma Escudero.

Watch the first two videos in the Unfairy Tales series: "Malak and the Boat" and "Ivine and Pillow."

Watch other short videos of child refugees telling their stories: 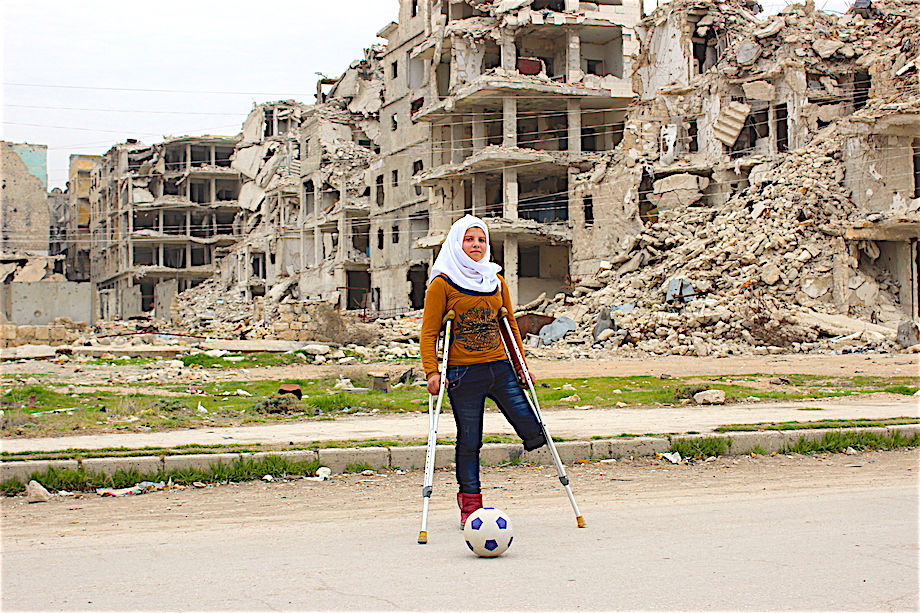 Living amid the ruins of western Aleppo, Saja, 13, explains: “I love playing football. When I play football, I don’t feel like I’ve lost anything at all.” In addition to her lower leg, Saja has lost four friends and her brother in bombing attacks.  © UNICEF/UN055883/Al-Issa