Monthly Donors Are the Backbone of UNICEF's Work Around the World

When you open your heart to children, the benefits to those who struggle to survive can last them — and you — a lifetime.

UNICEF has helped save more children's lives than any other humanitarian organization.

Guardian Circle members, who donate to UNICEF USA every month, are a major reason why UNICEF can make that claim, according to Karla Coello, UNICEF USA Senior Director for Monthly Giving. “Last year, UNICEF responded to nearly 300 humanitarian emergencies, from conflicts to natural disasters,” says Coello. “Emergency appeals bring in important revenue — but after the emergency, there are still a lot of things children need to make life bearable.”

The steady funding the monthly donor program provides is a lifeline to children whose homes — in Syria, Yemen or any other nation riddled with conflict or disease — are dangerous places to grow up. It also supports UNICEF’s countless staff members who work every day in over 190 countries and territories to bring help and hope to children and families.

"The reason I chose UNICEF for my donation was all the different projects the organization has across the globe,” said one monthly donor.

“The reason I chose UNICEF for my donation was all the different projects the organization has across the globe,” said Sweety Sharma when asked in a survey UNICEF USA conducted to find out why monthly donors chose UNICEF.

Here are just a few of the ways UNICEF works to achieve big results for children:

Proper nutrition is a child’s first line of defense against disease and illness. It is critical to the first 1,000 days of life and without it, a child's physical and emotional development can be stunted. Malnutrition is among the leading causes of death in children under 5, claiming about 3 million children's lives each year.

Sadly, hunger is on the rise across almost all of Africa, with the number of undernourished children higher there than anywhere else in the world. Hunger is also a critical problem in Latin America, the Caribbean and in Western Asia, where more than 12 percent of the population is undernourished.

With full-scale programs in over 90 countries, UNICEF focuses on making proper nutrition a reality for children and families. UNICEF educates mothers about the myriad benefits of exclusive breastfeeding and tackles the micronutrient deficiencies in kids that can turn into serious problems. 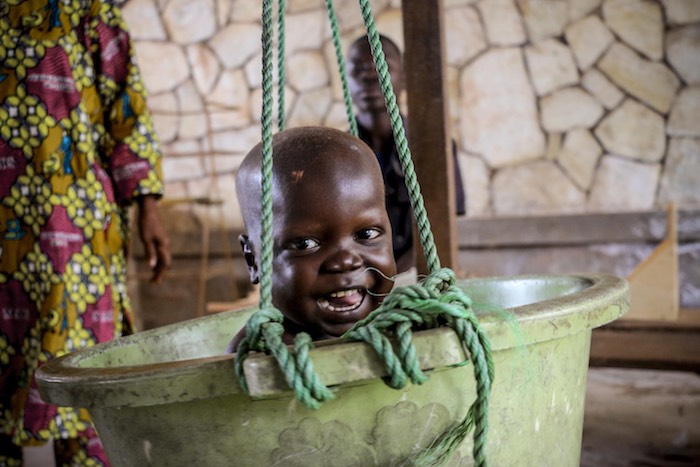 In the Central African Republic, UNICEF provides lifesaving therapeutic food, medicine, equipment and training to treat the tens of thousands of children with severe acute malnutrition. Three-year-old Pierre is just one of the thousands of severely malnourished children UNICEF has helped restore to good health. After 10 days of around-the-clock care and treatment with therapeutic milk and Ready-to-Use Therapeutic Food (RUTF), Pierre was on the road to a solid recovery.

As the largest procurer of vaccinations worldwide, UNICEF has the clout to help drive the price of immunizations down, making them one of the most cost-effective ways to save children's lives. UNICEF’s global campaign to completely eradicate polio is coming ever-closer to its final goal, with coverage rates reaching all-time highs, while maternal and neonatal tetanus has been eliminated in 47 countries.

In 2019, UNICEF helped vaccinate 65.7 million children with three doses of DTP/pentavalent vaccine in 64 countries and 41.3 million children against measles. Nearly 1 million teen girls received the full schedule of HPV vaccination in the five countries where UNICEF has helped introduce the immunization that protects from developing cervical and other cancers later in life.

Since the novel coronavirus began spreading around the world, UNICEF staff members have mobilized to help stop the pandemic, shipping tons of personal protective equipment, gloves and medical supplies while also ensuring that families and children in affected areas have access to safe water. UNICEF has also worked nonstop to deliver soap and other essential hygiene supplies and to get the word out to families and children everywhere about how proper handwashing techniques can protect them and others from the highly infectious COVID-19. 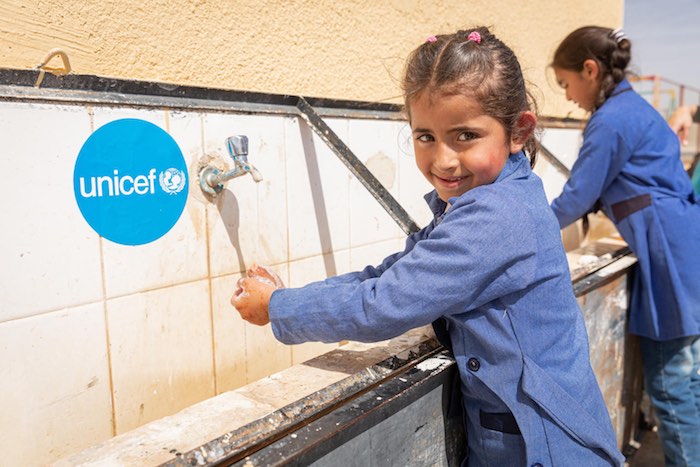 "I wash my hands so germs don't get on them. Germs can make people sick or even kill them," says 6-year-old Dareen, who has learned the handwashing lessons UNICEF has taught the students at Jordan's Al Khader primary school. "First you use plenty of soap, then scrub your hands thoroughly and wash with water." © UNICEF/UNI313299/Matas

The constant revenue stream monthly donors provide allows UNICEF to preposition emergency supplies before a disaster strikes and send response teams and the essentials families need to survive anywhere in the world within 48 to 72 hours.

When drought destroys crops, conflict forces families from their homes, a natural disaster strikes or during disease outbreaks, like COVID-19, children suffer most — especially in countries where even the best of times are perilous for the youngest citizens. Every day, around 15,000 children under 5 die from preventable causes.

Last year, UNICEF provided humanitarian relief in 281 emergencies in 96 countries. Many were protracted emergencies caused by conflict and extreme weather events that threatened children’s right to a safe and clean environment. As a result, 1 in 45 people (nearly 168 million) required urgent humanitarian assistance in 2019. And 149 million children lived in high-intensity conflict zones.

Protecting children before, during and after all crises requires a reliable source of funding. The constant revenue stream monthly donors provide is just that, allowing UNICEF to reach children with what they need most whenever they need it. UNICEF can preposition emergency supplies before a disaster strikes and send response teams and the essentials families need to survive anywhere in the world within 48 to 72 hours.

Whether it’s a natural disaster like Cyclone Harold, which hit in the South Pacific, destroying 90 percent of the homes in Vanuatu's Sanma Province, or the ongoing conflicts in Syria, Afghanistan or Yemen, UNICEF is often the only international relief organization with the resources and skills to provide immediate aid to children. Once the initial crisis has subsided, UNICEF stays on the scene to provide sustainable solutions that make communities healthier, safer and better places to be children.

As part of its 2019 emergency response, UNICEF reached 39.1 million people with access to safe water and provided 7.4 million children with education. 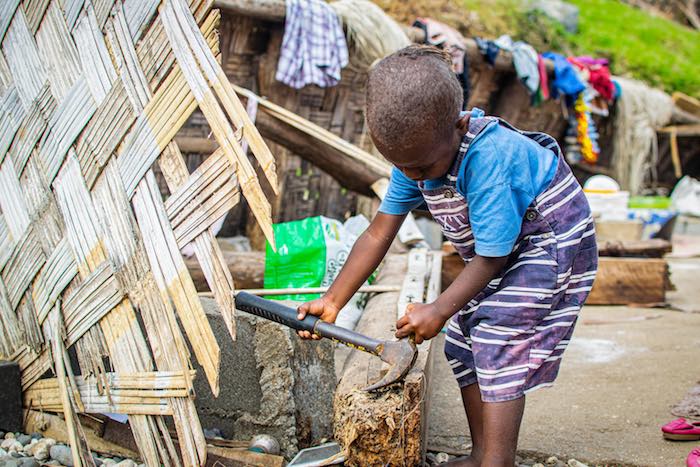 Tropical Cyclone Harold hit Vanuatu's Santo and Pentecost islands with driving rains and 125 mph winds in April, destroying homes and schools. Above, 4-year-old Nicky uses a hammer to remove a nail from one of the collapsed posts that once supported his family's house. Monthly donor support meant that UNICEF could preposition supplies, so families and children had what they needed to make it through the storm safely.  © UNICEF/UNI321252/Shing

The world's children are far better off thanks to UNICEF and its monthly donors.

Supporters who sign up with UNICEF USA to give monthly automatically become members of the Guardian Circle, which affords them many benefits, including:

Learn more about becoming a member of the Guardian Circle here — and discover how gratifying it is to see the good that can be done for the world’s most vulnerable children.

Top photo: After schools shut down for several weeks in Côte d'Ivoire to fight the spread of COVID-19, classes have started again with children taking the necessary precautions. Masks, frequent handwashing and keeping a safe distance are now part of the daily routine. © UNICEF/UNI333564/Dejongh