“Nothing makes a mother's heart happier than seeing her child grow up healthy — and I’m proud to say that I am now a happy mother," says the mother of two.

For the first six months of her life, Adifa was breastfed by her mother. When Lisnawati tried to introduce solid complementary food to her daughter’s diet, Adifa refused. As a result, she did not gain enough weight and fell below the standard for a healthy child her age, evidenced by her slight frame and weak muscles.

When Lisnawati brought Adifa to a posyandu (integrated community health post) for growth monitoring in July 2021, a health worker diagnosed her with severe wasting, a life-threatening form of malnutrition.

Based on Adifa’s condition, the health worker offered the family the opportunity to participate in a groundbreaking study on the acceptability and efficacy of locally produced Ready-to-Use Therapeutic Food (RUTF), a shelf-stable, nutrient-packed paste used to treat severely wasted children. Having already tried several ways to improve her daughter's condition to no avail, Lisnawati agreed to take part in the study.

"I was willing to do anything as long as my child is healthy," she says. "I wanted to see her grow and reach her full potential."

A local solution to the pressing problem of child malnutrition 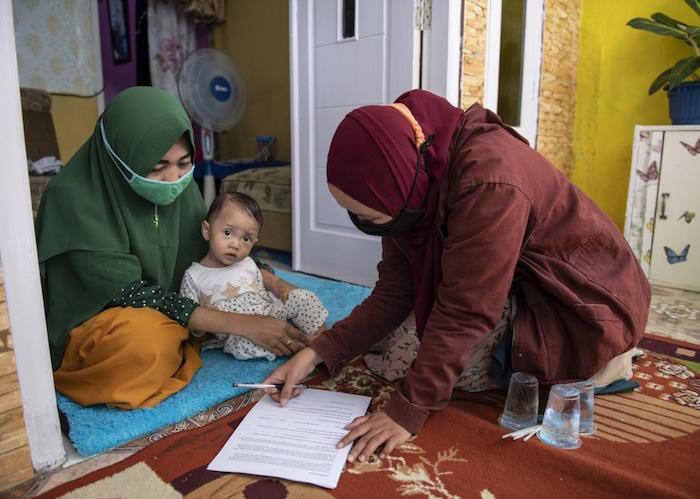 At her home in Bogor, West Java Province, Indonesia, Lisnawati, left, speaks to a field researcher as part of the Ready-to-Use Therapeutic Food study. © UNICEF/ UN0640473/Wilander

Severe wasting — the most dangerous form of malnutrition – continues to be a major public health issue in Indonesia, affecting more than 2 million children under age 5. The condition increases the risk of childhood mortality by approximately 12 times and requires urgent treatment.

While RUTF allows severely wasted children to be successfully treated at home, it has never been produced locally in Indonesia despite strong government commitment. As a result, RUTF products are not widely available in the country due to higher costs and import difficulties.

Since 2019, UNICEF has been working to facilitate the local production of RUTF in coordination with Indonesia's government and the Scaling Up Nutrition (SUN) Business Network. As part of these efforts, UNICEF supported a joint study with the government, the Institute Pertanian Bogor, private sector companies, research agency SAVICA and the French National Research Institute for Sustainable Development (IRD) to assess the acceptability of new local RUTF recipes and their efficacy in treating severely wasted children.

The 2021 study involved more than 300 severely wasted children between 6 months and 59 months and their caregivers — including Adifa and her mother — in Bogor. Over the course of eight weeks, the children were fed daily with one of five RUTF products — four of which were developed using local ingredients including soy, mung bean and peanut milk-based pastes. Mothers also received information on how to feed the RUTF to their children and were counselled by field researchers on best hygiene, child care and feeding practices. 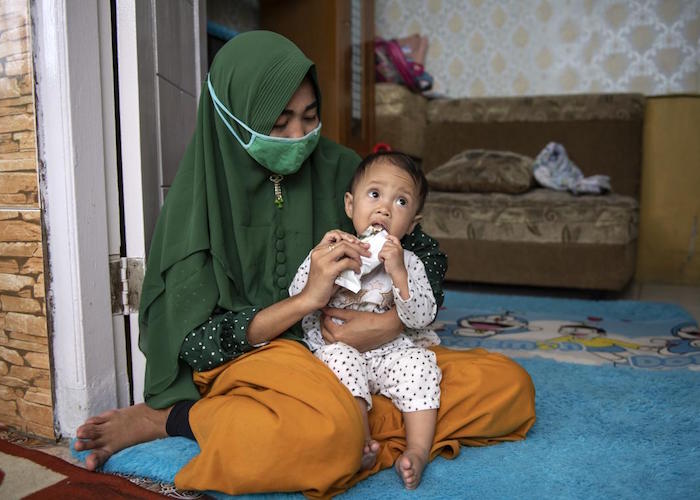 Lisnawati holds her 8-month-old daughter, Adifa, as she eats a packet of nutrient-rich RUTF at home in Bogor, West Java Province, Indonesia. © UNICEF/UN0640469/Wilander

Weeks into the study, Lisnawati noticed remarkable changes in her daughter after she began consuming the RUTF. Adifa’s appetite began to increase, and she slowly started to grow taller and fill out her frame. She became more active and open to trying new foods. At the end of the eight-week period, Lisnawati was overjoyed to learn that Adifa had fully recovered from being severely wasted.

“I hope in the future many severely wasted children could benefit through the availability of local RUTF, like Adifa,” says Lisnawati with a beaming smile.

After the study concluded in December 2021, the results showed that all four RUTF products made using local ingredients that were tested met the acceptability and efficacy standards of the similar standard product. More importantly, they met the World Health Organization’s 70 percent efficacy threshold.

Also of note: compliance —how well study participants kept up with the prescribed feeding regimens — was significantly better for some local products. To researchers, this indicated that there are benefits to developing RUTF products adapted to local taste preferences.

“Through this study, it is possible to prove that Indonesia can produce local RUTF to treat severely wasted children," said Doddy Izwady, Head of the National Institute of Health Research and Development in Litbangkes. "It becomes the basis for formulating relevant national policies for local RUTF production.”

With the dissemination of the study’s key findings, UNICEF and other stakeholders plan to advocate for the issuance of a national regulation for the local production of RUTF in Indonesia as required in order to facilitate its mass production in the country. With the potential for RUTF to become more widely available and used to treat severely wasted children, millions more children in Indonesia could have the chance to grow up healthy and happy like Adifa. 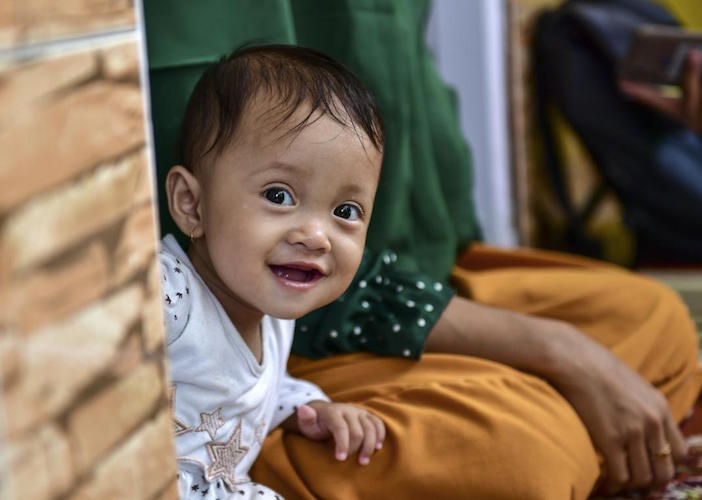 UNICEF believes that every child should have access to nutritious, safe, affordable and sustainable diets. You can help by donating today to ensure more children get the nutrition they need to grow up healthy and strong.

Top photo: At six months, Adifa was diagnosed with severe wasting, the most dangerous form of malnutrition. Her mother agreed to participate in a groundbreaking study on the acceptability and efficacy of locally produced Ready-to-Use Therapeutic Food. After eight weeks of treatment, Adifa had made a full recovery. © UNICEF/UN0640471/Wilander