Since fighting escalated on May 10, 2021, at least 58 children in Gaza and 2 children in Israel have been killed. More than 300 children have been injured and many more traumatized. In a May 16 statement, UNICEF Executive Director Henrietta Fore called for an immediate end to the violence.

"Fear and destruction are mounting on both sides," she said. "In Gaza, schools have been destroyed, homes and offices have been flattened, and entire families have been displaced. In Israel, schools, homes and buildings have also been damaged." 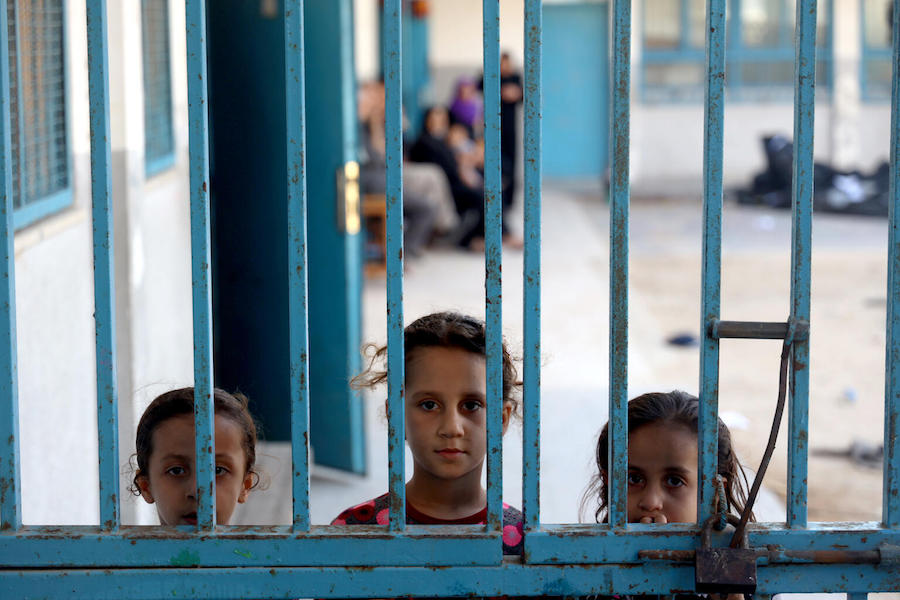 At least 38,000 people have been displaced from their homes

"Violence, killing and hatred must stop," said Fore. "International human rights and humanitarian law must be upheld. Civilians and civilian infrastructure must be protected." Above, three girls peek out through a gate at a Gaza school, one of approximately 48 schools — most of them run by the United Nations Relief and Works Agency for Palestine Refugees — being used as temporary shelters for families who fled their homes to escape the violence. At least 38,000 people have been displaced. 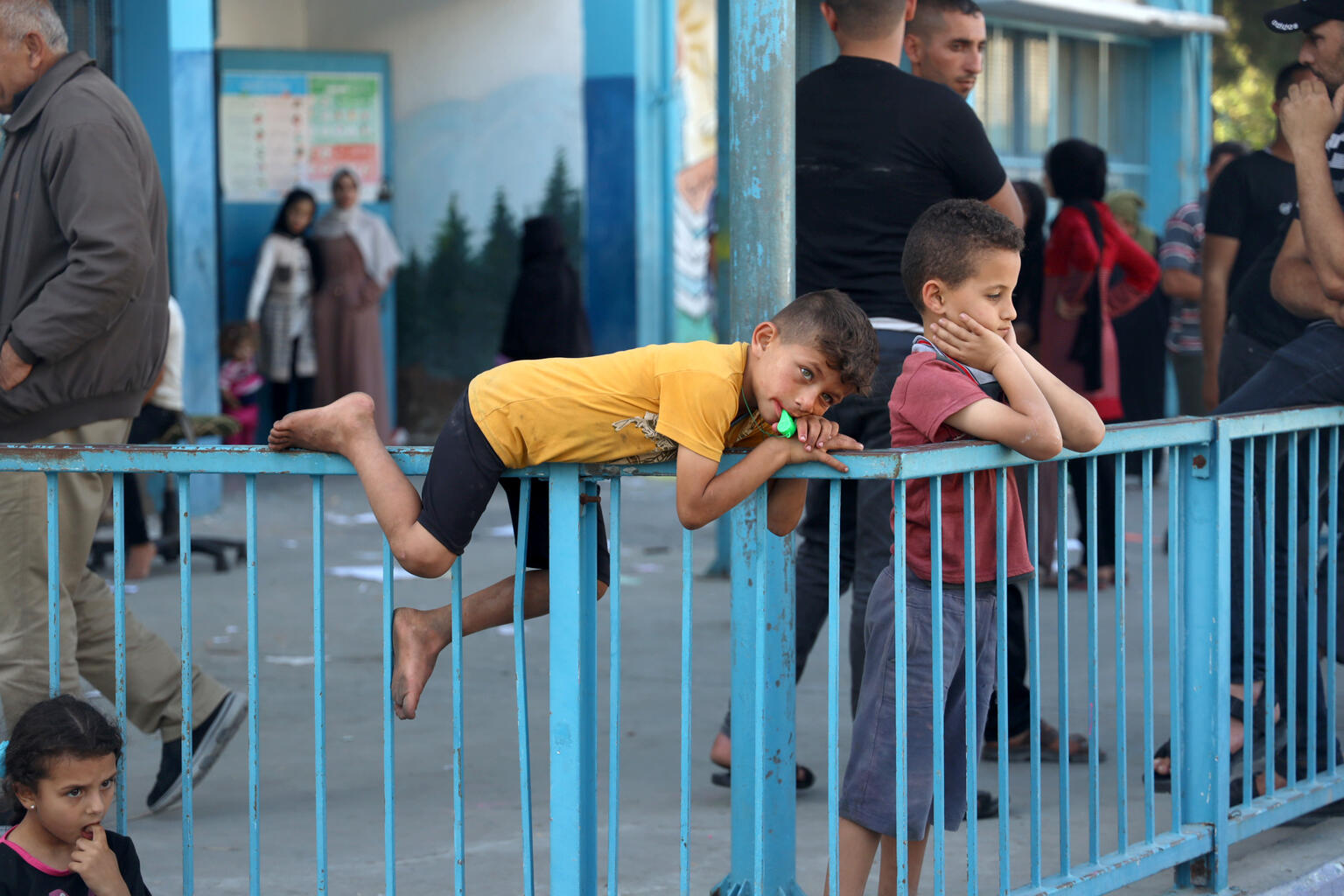 Shelling has forced families into emergency shelters, like the one above in Gaza City. Forty schools and four health facilities in the Gaza Strip have suffered damage as a result of the intense hostilities. Three schools are reportedly damaged in Israel. UNICEF has been working in the Gaza Strip since the 1980's, and is implementing and scaling up humanitarian interventions in response to the immediate needs of children and families. 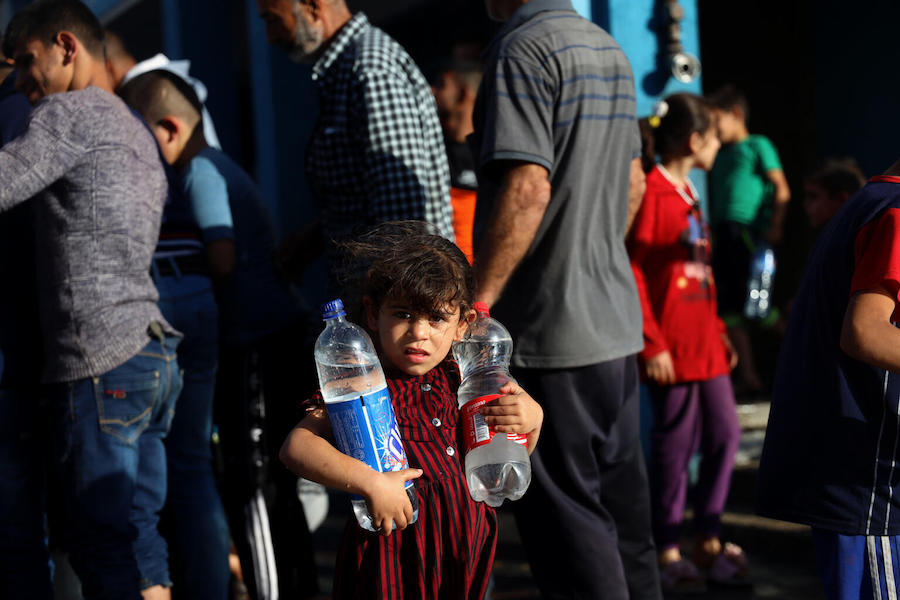 "In any moment, your home might be your grave."

The sound of fighter jets overhead and the constant threat of bombings is utterly terrifying, a mother of five living in Gaza told the BBC on May 14. "The nights are so scary for us, for our children," she said. "In any moment, your home might be your grave." 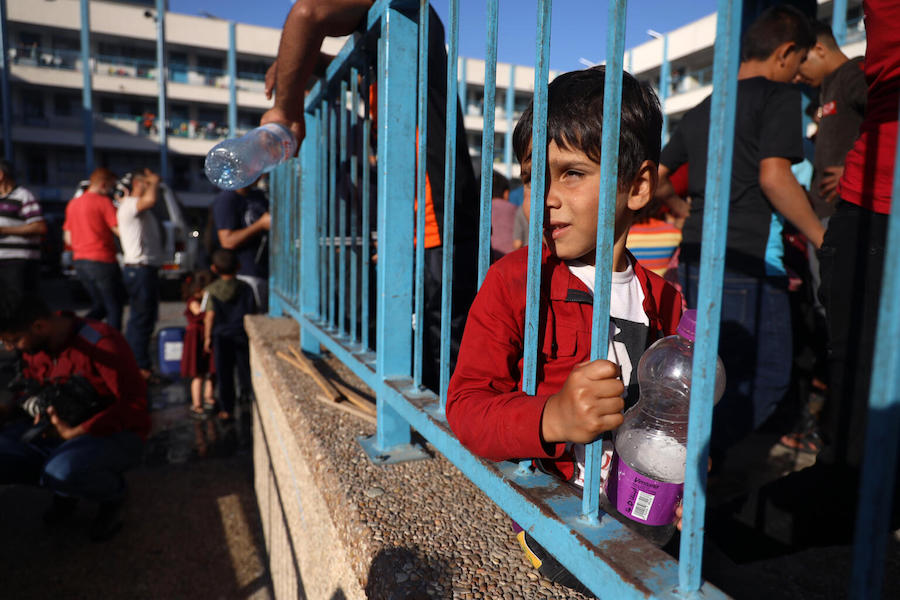 Before the current escalation of violence, the fourth since 2009, one in three children growing up in Gaza suffered from conflict-related trauma and needed mental health support. The constant bombardment is pushing that number even higher. UNICEF and partners are working to provide child protection and remote counseling for children and families. 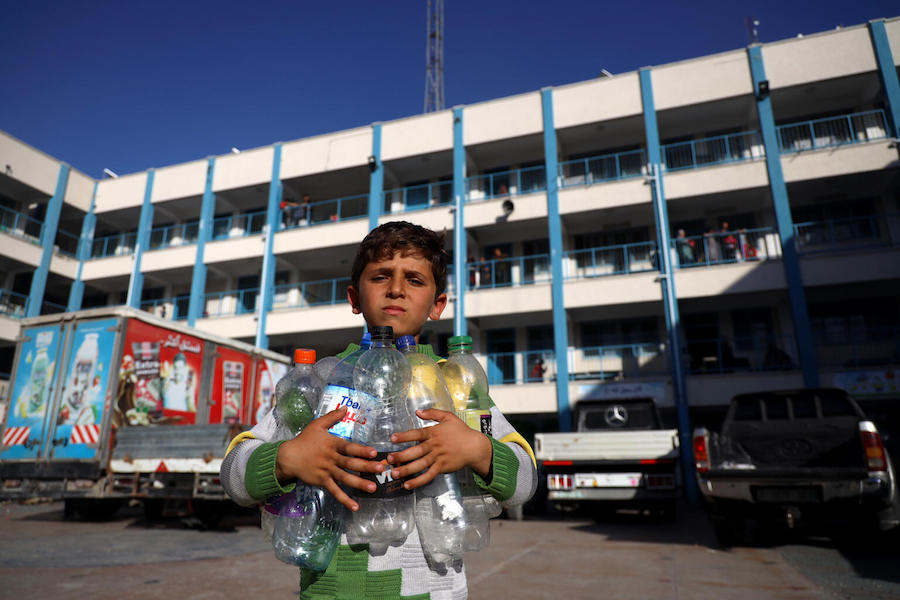 Finding safe drinking water was already a challenge for families in Gaza. Now the fighting has made it significantly more difficult to access clean water. Despite ongoing violence, UNICEF continues to deliver aid in the Gaza Strip, distributing prepositioned supplies including safe water and water purification equipment.  "We are calling for humanitarian access to bring in more much-needed assistance," UNICEF Palestine tweeted on May 16. 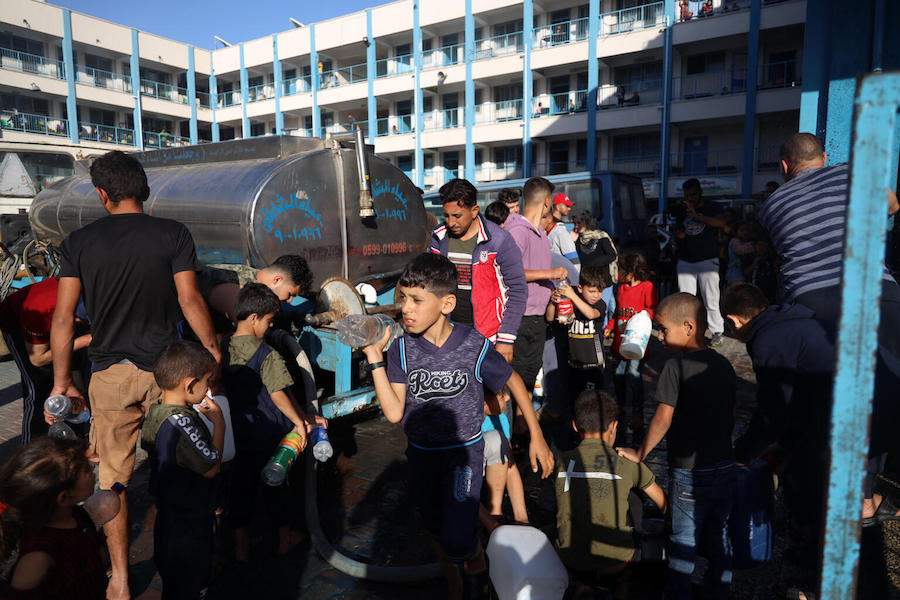 All sides need to step back and end the violence now

No child should have to grow up surrounded by violence. "The only solution is a diplomatic solution," said Fore. "For the sake of all children and their future." 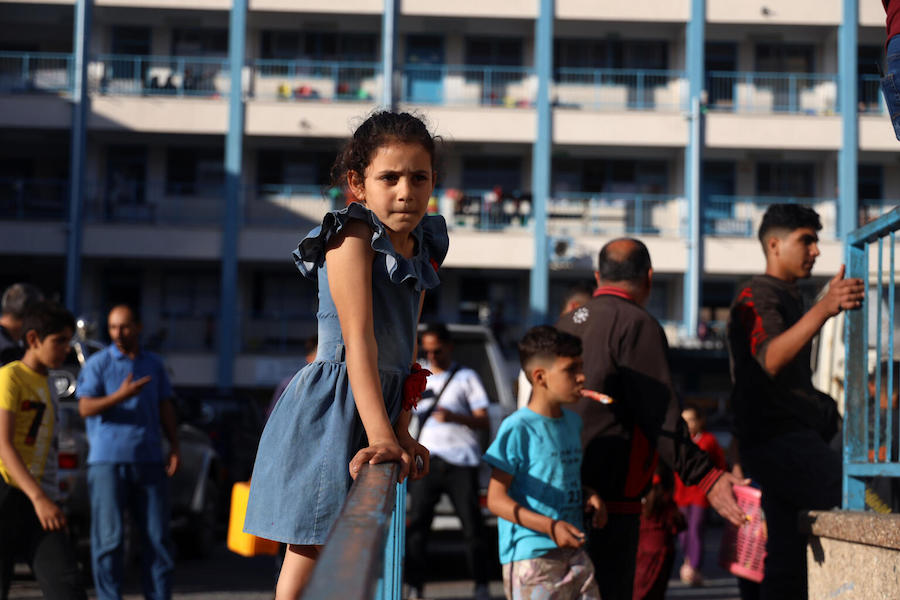 UNICEF works with partners around the world to protect and care for children caught up in humanitarian crises. You can help.

Top photo: An escalation of violence in the Gaza Strip that began on May 10, 2021 has taken a terrible toll on children, killing dozens and injuring and traumatizing many more. UNICEF is working with partners to protect children caught up in conflict and provide them and their families with the lifesaving supplies and emergency services they need. All photos © Eyad El Baba for UNICEF