'If We Want These Children to Stay Safe, There Are No Shortcuts' | UNICEF USA

'If We Want These Children to Stay Safe, There Are No Shortcuts'

Lack of funding threatens to shut down a vital UNICEF recovery program for former child soldiers in South Sudan.

UNICEF South Sudan may have to close critical programs for children due to lack of funding, country office representatives warn.

In jeopardy is the support that UNICEF provides to child soldiers upon their release from armed forces and armed groups, to ensure their successful transition to civilian life.

Since 2013, UNICEF has supported the release of over 3,600 children — mostly boys, but also girls — forcibly recruited for armed combat and other roles, such as messenger, cleaner or cook. The "jobs" are a form of abuse, a direct violation of the children's rights. Often the children are sexually exploited.

After helping secure their release, UNICEF works with partners to meet the children's basic needs, providing clothing, food and health care, and arrange for longer-term services to assist with the children's recovery and rehabilitation. There is counseling and psychosocial support, education and vocational training. Case workers coordinate the different services and interventions and provide a steady hand throughout the process.

Given what these children have experienced, the road back is full of challenges: social stigma, fear and shifting loyalties, as well as pressure to earn a living and come to grips with one's past. Reintegration is a resource-intensive, three-year program, and costs $2,000 per child. "If we want these children to stay safe, there are no shortcuts," says Mohamed Ag Ayoya, UNICEF’s Representative in South Sudan. "They need sustained support."

The program is proven to be highly effective, Ayoya adds. "And yet we don’t have the funding to continue this vital work." 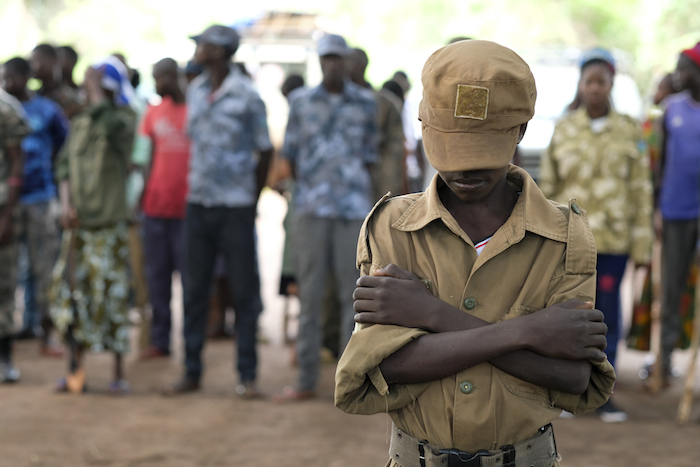 Jackson, 13, a former child soldier, has been receiving reintegration support services from UNICEF since his release from a South Sudanese armed group in 2018. © UNICEF/UNI275759/Rich

South Sudan has been crippled by conflict and insecurity since 2013, two years after declaring its independence. Millions of South Sudanese have been driven from their homes, and are in need of humanitarian assistance — including an estimated 4.1 million children, one-third of whom suffer from acute malnutrition.

It is unclear just how many children are being used by armed forces and groups in the country. For impoverished families, joining an armed group can seem like the only viable option for a child. Some children are conscripted, and either escape or are released without anyone being notified. 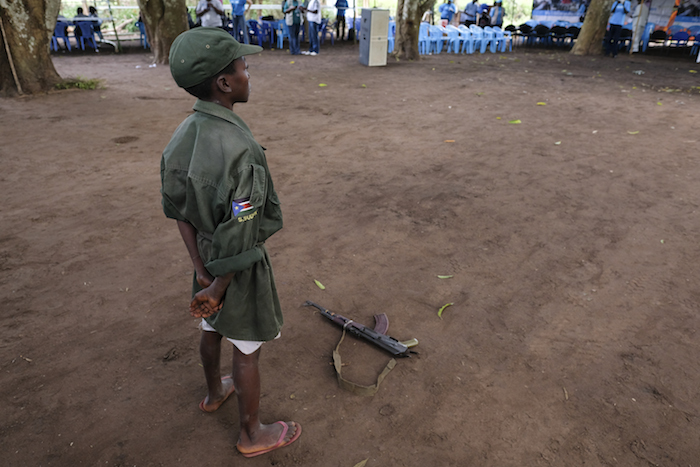 Since 2013, UNICEF has supported the release of over 3,600 children — mostly boys, but also girls — recruited for armed combat and other roles, such as messenger, cleaner or cook. © UNICEF/UN0276000/Rich

UNICEF strongly condemns the recruitment and use of children by armed forces and armed groups, and urges all parties to the conflict in South Sudan to respect the rights and protection of children under international and national law and release all children under their command.

Help ensure a better future for vulnerable children in South Sudan. Your contribution can make a difference.

Top photo: UNICEF's support for former child soldiers does not end with their release from the ranks of armed groups. Reintegration is a resource-intensive, three-year program, and costs $2,000 per child. A funding shortage threatens to undermine this vital program.  © UNICEF/UN0275997/Rich