A staggering number of children worldwide have been missing out on one of their basic rights in life: an education.

Education is the most powerful weapon we can use to change the world. — Nelson Mandela

At the heart of UNICEF's mission to save and protect the world's children lies the conviction that education is not a privilege, but a basic human right. Every child has a right to learn.

Underpinning this core belief is the knowledge that education is a sound investment that transforms lives and builds better futures — for individual children, their communities and their countries. 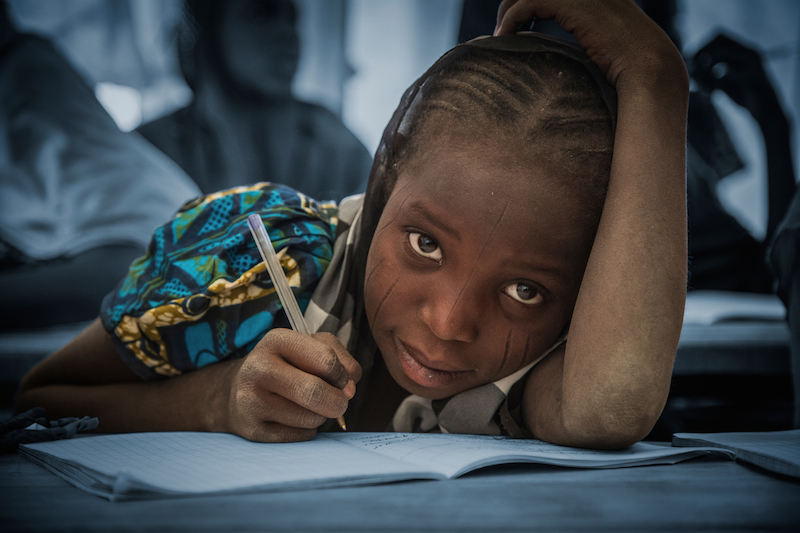 This young girl is able to continue her education in a temporary learning space supported by UNICEF, at a camp in Niger for those affected by the Boko Haram insurgency. © UNICEF/UN062481/Tremeau

Learning leads to higher earnings. Additional years of schooling will boost a nation's GDP. If every adult completed a secondary education, world poverty would be cut by more than half, according to UNESCO.

In 2016 alone, UNICEF spent $1 billion on education programs globally, with 700 experts working in 155 countries. Through these efforts, UNICEF provided learning materials and other support to 15.7 million children, including 11.7 million children affected by war, natural disasters and other humanitarian emergencies.

UNICEF's Education in Emergency initiative provides safe spaces and educational materials to help displaced and refugee children who have been forced out of school get back to learning.

Thanks in part to the work of UNICEF and its partners, 100 million more children are attending school today than there were a decade ago. Hundreds of thousands of classrooms are better equipped, and tens of thousands of teachers are better trained. UNICEF is also working to close the gender gap in education, by empowering girls and promoting more equitable access in 60 countries.

But it's not enough. Despite the gains, an astonishing number of children and adolescents — 264 million worldwide  — are out of school, missing out on the education they need to reach their full potential.

In South Sudan, for example, many schools have closed, and teachers have fled, along with 3.4 million other people as a result of the ongoing war. UNICEF's Education in Emergency initiative provides safe spaces and educational materials to help displaced and refugee children who have been forced out of school to get back to learning. Education is central to the overall humanitarian response, a way of restoring hope and normalcy for children who have been uprooted and traumatized. 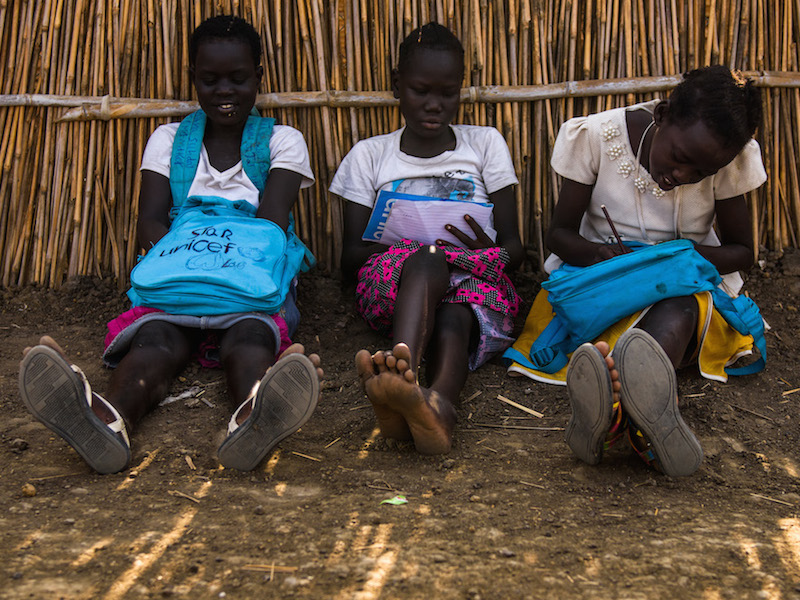 These girls attend Upper Nile primary school, located inside the UN protected zone in Bentiu, in Unity State, South Sudan. The school caters to displaced children like them, but classes are overcrowded and resources are scarce. UNICEF and partners are working to provide supplies and teacher training to improve conditions. © UNICEF/UN068330/Hatcher-Moore

In Somalia, where famine looms as a result of a severe drought, displacing families and endangering young lives, UNICEF is providing clean, safe water to schools in addition to other emergency relief to help keep kids enrolled.

In Syria, six years of violent conflict, social upheaval, and loss of family income have pushed 1.75 million children out of school. Many children, on the run with their families since birth, have never been to school at all. It is particularly challenging for UNICEF to reach children in areas that remain under siege. Some children are making do with makeshift classrooms and volunteer teachers. In 2016, UNICEF supported more than 327,000 children who are learning in these informal settings. 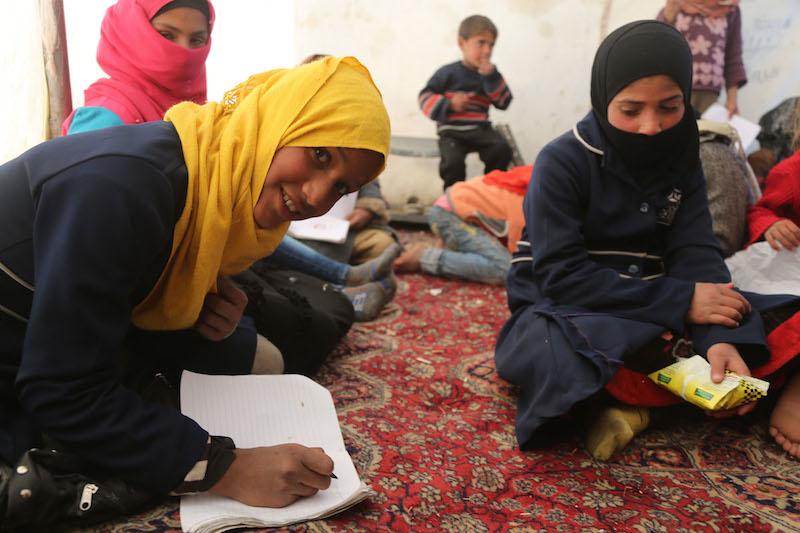 Izdihar, 13, attends class at a makeshift school in a camp for displaced families in east Ghouta, Syria. "I'm happy that I'm going to school again, even if it's in a tent," she says. © UNICEF/UN063085/Almohibany

Some children in Syria have been able to return to their old schools. After repairs were made with UNICEF's help, 23 primary schools in Aleppo were able to reopen their doors to 6,500 students earlier this year. In addition to school rehab efforts, UNICEF was able to reach nearly 3 million school children with "back-to-learning" supplies over the last year.

And in Iraq, where multiple overlapping humanitarian crises have devastated the country's education system, nearly 3.5 million children are no longer learning, or learning very little. In the first half of 2017, UNICEF was able to reach more than half a million children, including more than 240,000 girls, with educational supplies; helped rehabilitate more than 200 schools in Mosul; and built pre-fab temporary spaces serving more than 30,000 — still, reaching only a fraction of those in need.

There is a lot more work to be done. Please support UNICEF's work to educate children around the world.

Top photo: Class is in session at a UNICEF-supported primary school in Somalia, where emergency relief is helping to mitigate the effects of severe drought. © UNICEF/UN060468/Knowles-Coursin