How a Changing Climate Hurts Children and Contributes to Famine

Famine and food crises are threatening the lives of millions of children across 13 countries in the Middle East and Africa. The effects of climate change, through rising temperatures and inconsistent weather patterns, are creating and worsening food crises throughout the region.

In Ethiopia, Sulem, 9, walks four kilometers from her home to collect water from a borehole in the Hadhwe village. She is on break from school, which means she can spend more time helping her family with household chores, particularly needed in this difficult drought season.

We see the terrible effects of water scarcity today all over the world — and nowhere more tragically than in parts of Ethiopia, Nigeria, Somalia, South Sudan and Yemen, where drought conditions, inconsistent weather patterns and conflict are producing deadly effects.

In Ethiopia alone, it is anticipated that 9 million people will be without safe drinking water in 2017. 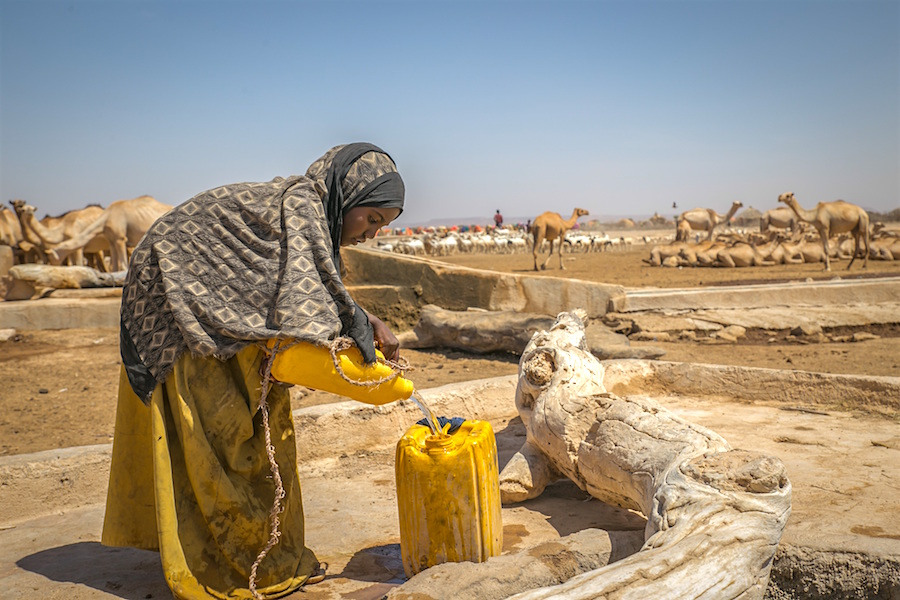 Weather patterns have an impact on the availability of food

Changing weather patterns and rising global temperatures have a great impact on access to water and food. As water evaporates and the soil becomes increasingly dry, more water is needed to irrigate the land for agriculture.

The irrigation of crops and maintenance of livestock accounts for 70% of the global freshwater use. When access to water is threatened, crops cannot subsist, and livestock dies in large numbers. Food shortages as a consequence of longer and more frequent droughts can lead to famine, widespread hunger and migration.

Without safe water, many kids die in infancy

When food and water shortages hit, children are the most affected. Children without access to safe water are more likely to die in infancy — and throughout childhood — from waterborne bacteria. Inadequate nutrition exacerbates the effects of disease, as their bodies are not able to fight off pathogens. 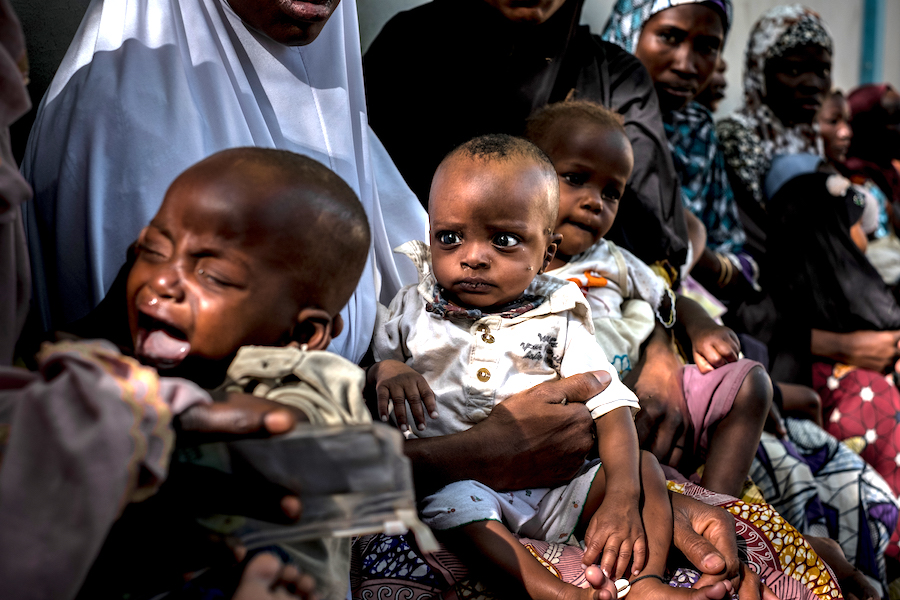 Women hold their children as they wait to be seen at a UNICEF-supported malnutrition clinic in Old Maiduguri, Nigeria. © UNICEF/UN055928/Gilbertson

In Juba, South Sudan, families feel they have no choice but to draw untreated water straight from the White Nile. UNICEF, in coordination with the Juba city council, has been trucking in chlorine to treat the water. Even so, last year there was a cholera outbreak caused by unsafe water that killed almost 100 people and infected more than 4,500 others.

More than 2.5 million kids are at risk of imminent death

Even when children survive, the effects of disease and malnutrition can contribute to the stunting of their minds and bodies. This undermines their ability to absorb nutrients and grow to their full potential. Children who are stunted have lower IQs, which hinder their ability to do as well in school, thus trapping them in the cycle of poverty.

More than 2.5 million children across the Middle East and Africa face imminent risk of death from severe acute malnutrition as famine grows in these areas. The number of countries at risk has expanded to 13, with environmental factors and climate change playing a large role. 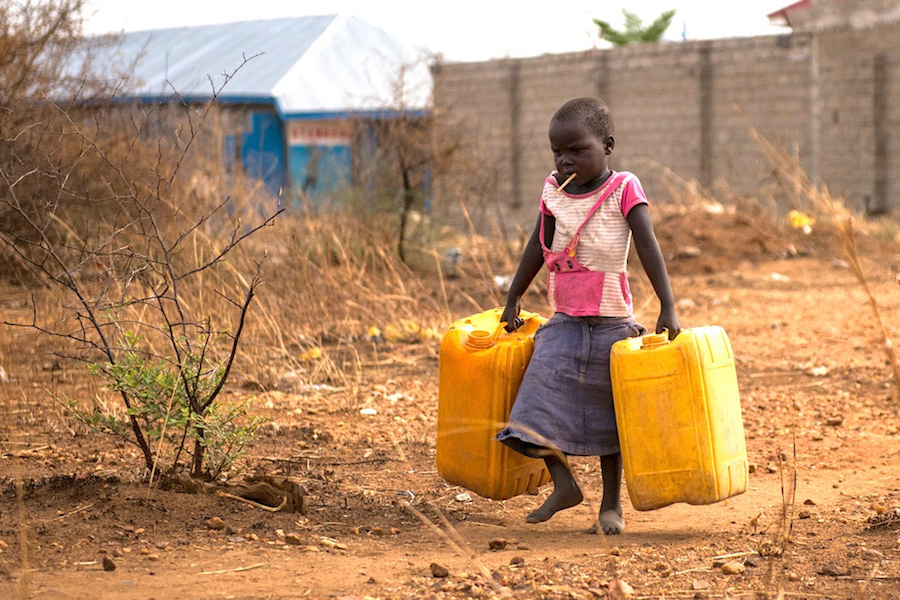 A child carries empty jerry cans to fill with untreated water from the White Nile in Juba, South Sudan. © UNICEF/UN057034/Hatcher-Moore

UNICEF is on the ground fighting famine

UNICEF is on the ground in all of the famine-threatened countries, working with partners, civil society, governments and local NGOs to save as many lives as possible. Micronutrients and ready-to-use therapeutic food — as well as clean, safe drinking water — are some of UNICEF’s key tools in fighting this famine.