Ebola: A Survivor's Mission to Help Others

UNICEF is working with survivors, who have a high level of immunity from Ebola, to protect their communities and care for victims.

Jo Dunlop is a UNICEF consultant based in Sierra Leone.

When I first met Alhassan Kemokai in early August, he had just overcome a 12-day battle with Ebola.

Alhassan was beaming that day. Bounding out of the Ebola treatment ward at Kenema Hospital, Sierra Leone, the 34-year-old father was met by a rowdy chorus of cheers and singing. Standing in front of a small crowd of family, friends and local media, Alhassan announced: “to see myself out [of the Ebola ward], I’m very excited. I’m very happy.” 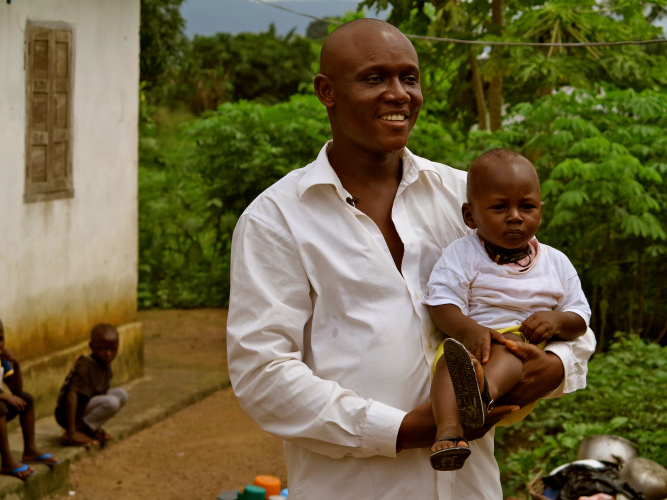 After suffering the worst symptoms of the disease—vomiting, fever, diarrhea and bleeding—Alhassan managed to recover. While gradually gaining his strength, he supported the few nurses working in the ward: “If I touched the body of a dead person, I have no worry about infection because my system is immune, so I would help the nurses do their high-risk jobs.”

Alhassan was exposed to the virus when he visited his ailing mother. He started showing signs of fever several days after she died, and decided to isolate himself. His sister and brother were also later infected, but they all survived. His wife and child were spared infection.

"My system is immune, so I would help the nurses do their high-risk jobs."

Almost three months since Alhassan's recovery, Ebola has claimed hundreds more victims in Sierra Leone. As that number rises, so does the number of people who become infected and later recover: there are currently 656 Ebola survivors across Sierra Leone, according to an official count. Survivors pose a minimal risk to the community after having developed resistance to the disease. A person who has made a full recovery from Ebola is unlikely to become infected again.

And yet the path of an Ebola survivor is not an easy one. Families of survivors can be victims of stigma and ridicule, and for Alhassan this continues to be a concern for his own family. “Even now people still point at them and say ‘they are Ebola people’. I want everybody to know we pose no threat. Sometimes I tell these people that are scared of me that I am the safest person in Sierra Leone."

Alhassan is now faced with piecing his life back together. He no longer has a job and as the head of his family, he has to support his siblings who have also recovered from the virus and need support to restore their fractured lives. 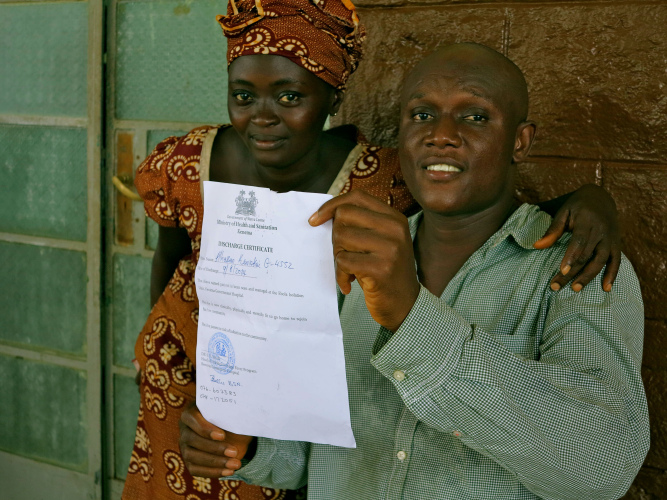 On October 16-17, the Ministry of Social Welfare, Gender and Children’s Affairs in Sierra Leone, with support from UNICEF, CDC and partners, brought survivors from across the country together to share stories and address stigma. It was also an opportunity to discuss how they could help increase Ebola awareness and provide care and support to others who have been infected.

“When survivors get together, we are just like one family," says Alhassan. "We were in hell and we have a lot of experiences to share. We can comfort and support each other”.

Alhassan is keen to play a meaningful part in advocating for Ebola survivors and increasing knowledge of the disease: “I know it’s my role as a Sierra Leonean and an Ebola survivor to teach people about this dreadful disease and the plight of survivors.”