A child is a child, regardless of immigration status. UNICEF works with partners to protect and empower migrant and refugee children every step of the way.

In mid-January 2021, an estimated 9,000 people left Honduras as a group in search of safety and security in Mexico and the United States. The Central American migrants are fleeing poverty and violence exacerbated by the COVID-19 pandemic and back-to-back hurricanes, Eta and Iota, that devastated the region in late 2020. This group migration, often referred to as a caravan, is a relatively common practice that provides safety in numbers along the perilous journey north.

It is not even the American Dream that they pursue, but rather the more modest aspiration to wake up from the nightmare into which they were born. — Valeria Luiselli

Though some might argue that changes in U.S. immigration policy create a pull factor for families, migratory trends indicate otherwise. In 2019, for example, there were a record number of arrivals at the U.S. / Mexico border, during a year when some of the most stringent U.S. border policies were in place.

The fact remains, as long as conditions at home make life unbearable, people will feel compelled to leave everything behind in search of safety. As Mexican author Valeria Luiselli writes in her book Tell Me How It Ends, “It is not even the American Dream that they pursue, but rather the more modest aspiration to wake up from the nightmare into which they were born.” A nightmare from which they have the right to seek international protection. 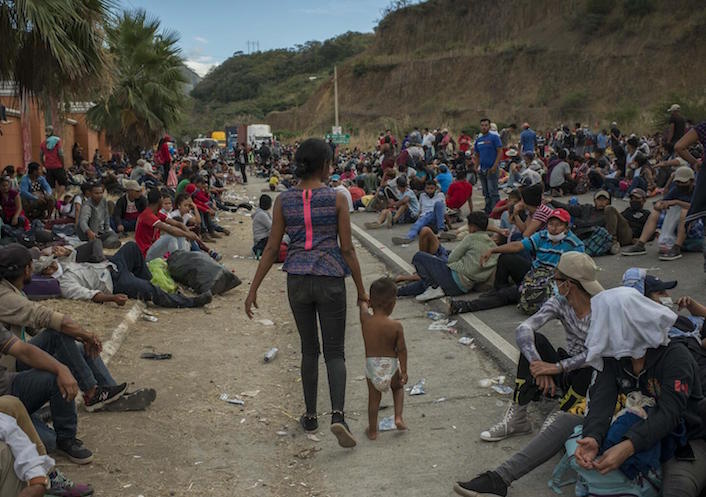 Thousands of people, includiing many children, heading north to escape violence and poverty joined a caravan that started in San Pedro Sula, Honduras on January 15, 2021. After crossing the border into Guatemala, they were stopped by police and army in anti-riot gear in Vado Hondo, Chiquimula on January 16. They remained there until January 18, then split into smaller groups. © UN0401889/Volpe

Why are families leaving home?

Fleeing systemic violence and poverty, Central Americans have set out in caravans, or large groups, for more than a decade. Migrating families form caravans periodically because a larger group can provide protection and reduce the risk of dying on the harrowing journey.

Gang violence and legacies of war have made El Salvador, Honduras and Guatemala some of the most violent and impoverished areas in the world

Most of the children traveling in caravans toward the U.S. are fleeing El Salvador, Honduras and Guatemala. Gang violence and legacies of war have made these countries some of the most violent and impoverished areas in the world, and the children are seeking safety and economic opportunity. The violence can be conceptualized by looking at the homicide rates in the region and comparing them to the U.S., where many of these children hope to seek asylum:

The pandemic has exacerbated the violence children experience in Central America, often forcing them to quarantine with their abusers. These harsh conditions, in addition to limited access to quality education and social services, are part of daily life for millions of children in the region.

Each day, families face a heart-wrenching decision: stay and watch their children be recruited and exploited by gangs, or flee to a place they have never been, where an unfamiliar language is spoken, with hopes of international protection and a better future. 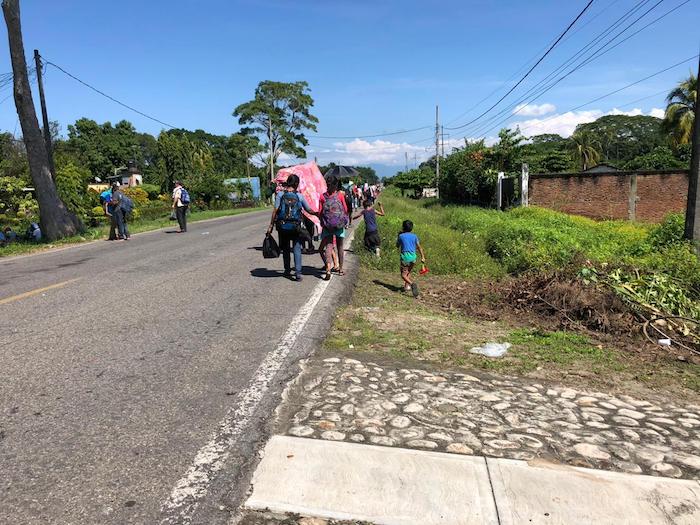 What is the need?

While those traveling with a caravan hope for safety in numbers, the perils of using irregular migration routes remain significant, especially for children. The journey is long, uncertain, and full of danger, including the risk of exploitation, violence and abuse. Migrating and displaced children are at risk of some of the worst forms of abuse, often falling victim to traffickers and other criminals.

Historically, the U.S. has placed pressure on Mexico and Central American countries to curb irregular migration, and it has often manifested in a way that does not center the best interests of the children in transit, as illustrated by the response to the January 2021 caravan. Thousands of children need protection and access to essential services. The long and arduous journey leaves them exposed to inclement weather, including dangerously hot temperatures, with limited access to proper shelter. Many fall ill or suffer from dehydration.

When, and if, these children reach their destination countries, they encounter new threats. Despite extraordinary and generous actions in many places and by many people and organizations, children and their families struggle to gain a foothold. 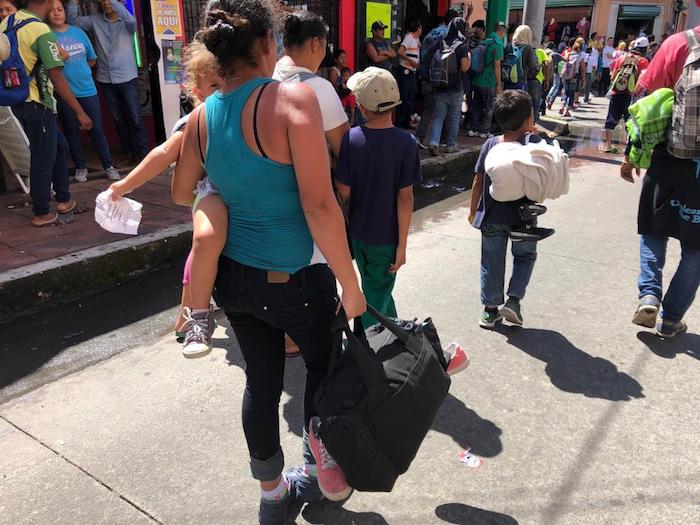 Central American migrants often travel together in groups because the journey is so dangerous. © UNICEF

UNICEF is there at every step of the way protecting children, and you can help

This issue is much larger than the recent caravans, and UNICEF is there every step of the way protecting children in their home countries, in transit, at their destinations and upon return. UNICEF works with partners in Central America, Mexico and the United States to interrupt the cycles of violence, foster mental health support and build systems that place the needs of children before all else.

Utilizing a longstanding presence in Central America and Mexico, UNICEF is working with governments and other partners to ensure that children are provided with the help and services they need and that their rights are upheld. This includes providing technical assistance to authorities on nutrition and child protection, such as developing models for alternative care to detention, and expanding access to psychosocial support.

UNICEF works with governments and civil society partners at all levels to keep children safe by addressing the root causes that drive them to flee, with or without their parents, in the first place. A child is a child, and UNICEF needs your help to make sure they are treated as such. Please donate now.