Girls & School Q & A: Fighting for Equality in Education

Denise Shepherd-Johnson, host of the new UNICEF Kid Power mission on girls and school, explains how UNICEF works to ensure educational equality and why it is critically important.

Denise Shepherd-Johnson, an award-winning broadcast journalist and news anchor, joined UNICEF in 1992 in Barbados and went on to serve as communications chief in Kenya, Somalia and Cambodia before assuming her current post as UNICEF Afghanistan's Chief of Communication. 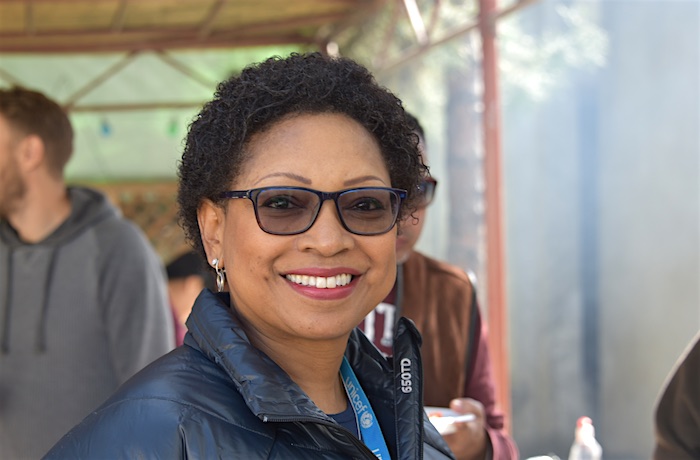 Denise Shepherd-Johnson, Chief of Communication, Advocacy and Civic Engagement for UNICEF Afghanistan, in the U.N. compound in Kabul. © UNICEF

We spoke to Denise Shepherd-Johnson just before the launch of her Global Mission on Girls and School for UNICEF Kid Power, the U.S. Fund’s innovative campaign to encourage kids to get active and save lives as they join the fight to end global child malnutrition.

What challenges do girls face in getting an education in Afghanistan and elsewhere?

DENISE SHEPHERD-JOHNSON: The challenges for girls’ education in Afghanistan are similar to other countries in the region, and elsewhere in developing countries. These include social perceptions about importance of girls’ education, the status of women in society, gender-based violence, distance between home and school, and poverty. 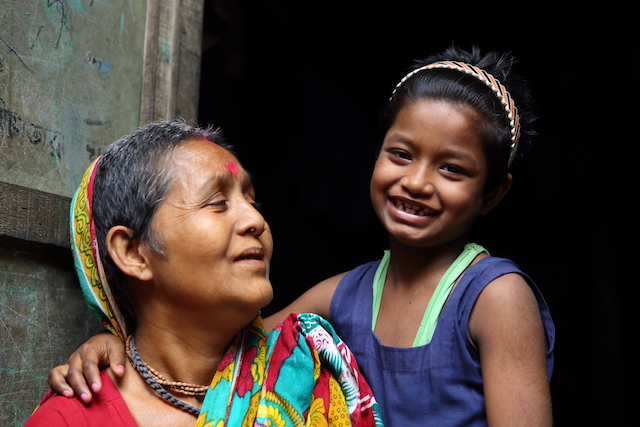 Nandini, 8, pictured here with her grandmother Purno, attends a UNICEF-supported primary school in Dhaka, Bangladesh, a country where a girl's access to education is far from guaranteed. © UNICEF/UN026175/Kiron

What good things happen when girls can get an education?

SHEPHERD-JOHNSON: On our UNICEF Afghanistan Medium site, we recently featured 20-year-old Freshta, who was able to graduate from high school and now teaches 25 children in a community-based school in a remote village in the northern Afghan province of Balkh. Freshta faced many difficulties to attend school herself, including a 30 minute walk to get there. Freshta’s dream is to go to university and become a professional teacher. As Freshta told us, “I was inspired by my teachers while I was a student and I promised myself to transfer what I learned to other children.”

Sitting next to another girl, Holia (aged 8 when the photo was taken) writes in her textbook at a UNICEF-supported community-based school in the city of Mazar in northern Afghanistan. © UNICEF/UNI117604/Noorani

Given the obvious benefits, what is UNICEF doing to help girls go to school?

SHEPHERD-JOHNSON: UNICEF works to increase awareness about the value of education — especially for girls — and to support the establishment of child-friendly and safe school environments within reasonable distance from home, with water, sanitation and hygiene facilities, and qualified teachers, including female instructors.

What about the effect of child marriage on girls' education?

SHEPHERD-JOHNSON: In Afghanistan, mobilizing communities to ensure that all girls attend school also helps to prevent early marriage. Girls who marry young are less likely to be able to give informed consent, less likely to go to school, may not enjoy access to reproductive and sexual healthcare, and face restrictions on movement and association. They are also at risk of domestic and gender-based violence, economic exploitation, early pregnancy and maternal mortality.

Young Afghan girls enter a community-based school in a village in Afghanistan's Kapisa province. UNICEF supports schools like this with teacher training and salaries, textbooks and other school materials. The school is managed by village leaders, parents, teachers and local elites. © UNICEF/UNI100243/Noorani

How many girls go to school in Afghanistan?

SHEPHERD-JOHNSON: In Afghanistan, there has been tremendous progress in enrollment since the first ‘Back to School’ campaign began in 2002-03, but we still have a long way to go. There were about 8.5 million children in 2015, thirty-nine percent of them girls. However, an estimated 3.5 million children are still out of school, seventy percent of them girls. There are cultural and social barriers, such as the belief that education isn’t important or valuable for girls. Poor families can’t afford to send their children to school, and will often choose to send sons before daughters if money is tight.

What about girls in rural areas?

SHEPHERD-JOHNSON: Remote areas often lack schools. Some children have to travel as far as five miles to reach the nearest one. And according to Afghanistan’s Ministry of Education, seventy percent of schools do not have boundary walls, and sixty percent lack the sanitation facilities needed for menstrual hygiene management. There is also a shortage of trained teachers, particularly females.

Shushmita Rani and her friend, Binky, pose for the camera at a school in Dhaka, Bangladesh. "I love school because I get to play..." says Shushmita. "I learn about animals and numbers and spelling."
© UNICEF/UN08402/Lynch

How does the conflict in Afghanistan affect the ability of girls to go to school?

SHEPHERD-JOHNSON: As conflict spreads in different provinces, it erodes access to basic services such as education. Girls who are older than 8 are often not allowed to leave their village because of the risk of violence and abuse. Insecurity contributes to parents’ reluctance to send their girls to school. Schools have also been increasingly targeted by Taliban or other anti-government elements and, according to the country’s Ministry of Education, around 600 schools across the country remain closed due to insecurity.  Such attacks and threats can also have a ripple effect, causing schools in surrounding areas to shut or attendance rates to drop.

What's the effect of malnutrition on girls' education?

SHEPHERD-JOHNSON: Afghanistan today is among 37 countries in the world with the highest burden of ‘stunting’ — children who are short in stature, but who also suffer long-term cognitive damage that impedes their learning. Almost forty-one percent of the country’s children are stunted and anemia (iron deficiency) is common in almost thirty percent of adolescent girls here.

Hasiruna, 9, during class time at her school, part of the UNICEF-supported “Education Equity for Out-of-School-Children” program in Savar, Bangladesh. © UNICEF/UN031176/Kiron

How can American kids help?

SHEPHERD-JOHNSON: Stay in school and learn more about countries like Afghanistan, its culture and the needs of children in other parts of the world. Become impassioned, knowledgeable advocates and good global citizens by joining the UNICEF Kid Power movement.

Activities outside class are as important as what students do in class. Members of a girls club at the Tutis Primary School in Oromia State, Ethiopia. © UNICEF/UNI154745/Ose