Fleeing Violence in Guatemala, a Young Family Yearns for Safety

Central Americans targeted by gangs face a difficult choice: leave everything behind and start over, or stay put and risk death. Then, under the Migrant Protection Protocols (MPP), those who seek asylum in the U.S. must return to dangerous areas of Mexico to wait for their hearing date.

It was at his friend's funeral that Cristian* made the difficult decision to leave Guatemala. Weeks earlier, the 21-year-old father of two and his friend had been approached by gang members looking for recruits to collect "protection" payments. The gangs run extortion rings, charging people money in exchange for not damaging their businesses or allowing their children a safe passage to school.

Cristian and his friend told the gang they weren't interested. Days later, his friend was murdered. Gang members told Cristian that he and his wife, Andrea,* 22, were next. They decided to leave the country to save their lives and the lives of their children, 2-year-old Valeria* and 1-year-old Diego.*

After his friend was murdered, Cristian* was afraid he and his family would be next

The family traveled through Mexico. The journey was long and exhausting, but they found good people along the way who were willing to help. After a couple of weeks, they arrived in the city of Tecate, entered the border zone and turned themselves in to the U.S. authorities to ask for asylum. But the authorities refused them entry and returned the family to Mexico, advising them to go to Tijuana and put their names of the list of people requesting asylum.

Cristian and Andrea added their names to the list and looked for a shelter in Tijuana where they could wait until they were granted entry to begin their formal asylum-seeking process. 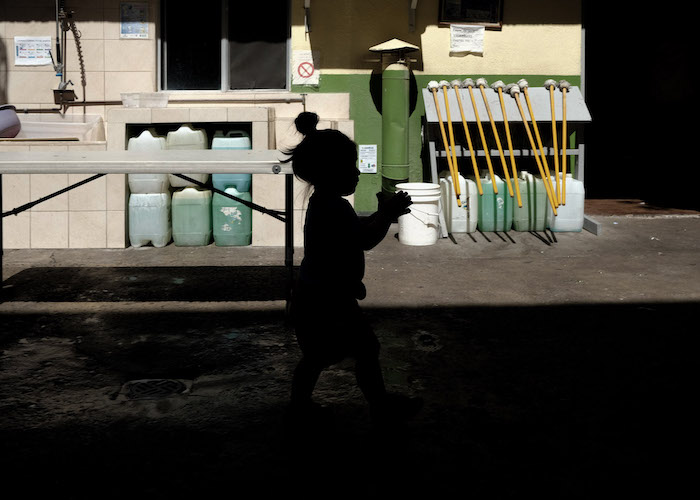 Andrea* and Cristian* and their two toddlers are living in a rented room in Tijuana while they wait for their U.S. asylum application hearing.

"I remember one day when we had no money at all," says Andrea. "Valeria was on the sidewalk drinking the last milk bottle, and both the children were hungry and crying. I wanted to cry as well." Fortunately, the family found a place in a UNICEF-supported shelter.

After four months of waiting, the family were taken to the U.S. Customs and Border Protection (CBP) detention facility for their appointment. Andrea remembers how immigration authorities confiscated their shoe laces, hair bands and earrings. They wouldn't even allow milk bottles for the toddlers.

Her children were hungry and crying. Andrea* wanted to cry as well.

"Then they take you to a room where they search you, even through your hair. They took our luggage and gave us a sort of burrito to eat," recalls Andrea. "Afterwards, they separated us. They put me and the babies in a cell and Cristian was taken to a different cell. I remember it was very cold and whenever the children cried or screamed, they would lower the temperature even more. The food is not good and not enough. For those three days, my kids wouldn't eat. Those three days were horrible." 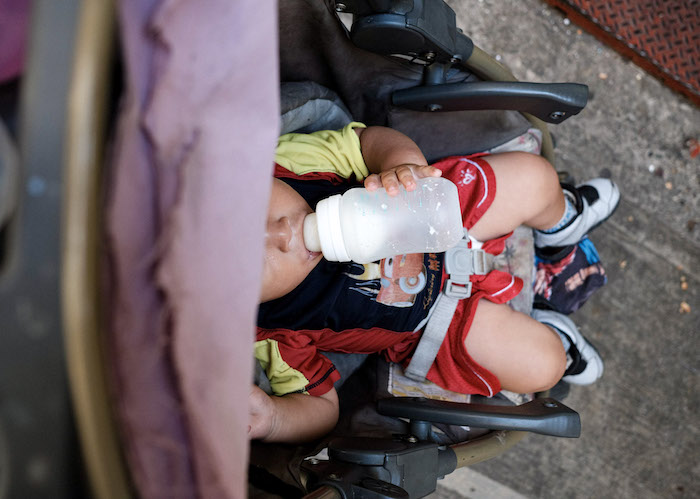 Andrea* and her husband Cristian* left everything behind in Guatemala — friends, family, possessions — to save their lives and the lives of their children.

After three days at the detention center migrants call la hielera  ("the ice box"), CBP officials told Andrea that they had to remain in Mexico for the duration of their proceedings. This is due to a policy called the Migrant Protection Protocols (MPP), commonly referred to as "Remain in Mexico," which requires families seeking asylum to return to dangerous areas in Mexico to await their asylum hearing.

Tens of thousands of asylum-seekers are stuck in Mexico alongside Cristian and his family, including thousands of children. Recent accounts indicate that these areas are ill-equipped to handle the growing number of MPP returns — which is why UNICEF is calling for an end to MPP.

One officer tried to convince Andrea to give up on the process and stay in Mexico permanently, but Mexico was not where the family was heading; their plan was to join her uncle in the U.S.

They have no family ties in Mexico and finding a place to live hasn't been easy. Cristian found part-time work at a carwash, and they recently moved to a room big enough to fit a mattress and two chairs, where the four of them sleep at night. But they eat at the shelter as they have neither enough money for food nor a place to store it or cook it.

Recently, the family had their first hearing at a court in San Diego. The courtroom was filled with families waiting to present their cases to the judge. Andrea says she feels they were treated like criminals. 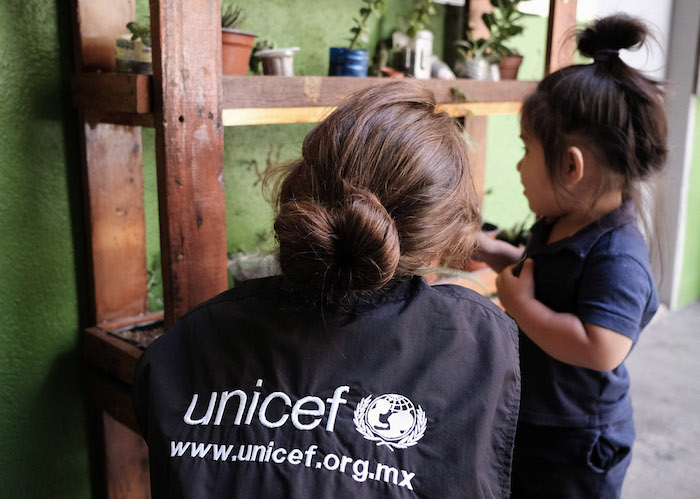 UNICEF Mexico staff members and partners provide essential services and support to uprooted children and their families every step of the way.

When the couple gave their names and ages to the judge at the start of the hearing, he asked if they had a lawyer. They answered that they did not, and the judge asked them if they wanted time to contact one. They said yes, fearing that if they said no, they would lose their chance. So the judge gave them a new hearing date and the family was provided with lawyer contact information.

"They gave us a list with five or six telephone numbers of attorneys," says Cristian. "We tried to contact them but three never answered, one didn't speak Spanish and the last one told us that he'd only represent us if we lived in San Diego."

MPP poses significant problems for access to legal counsel and due process, as Cristian and Andrea experienced. Very few legal service providers are sending attorneys to Tijuana to represent those who have been enrolled in MPP, and those that do lack the capacity to represent all those in need — leaving people like Cristian and Andrea with few options but to go unrepresented, given the lack of resources to hire an attorney otherwise.

Returning to Guatemala could mean risking their lives

Ultimately, Cristian and Andrea decided to continue without an attorney. They know they might be returned to Mexico once again. If that happens, they will consider staying there, as returning to Guatemala could put their lives in danger.

Conditions in Guatemala and the surrounding region are dire, which is why UNICEF is on the ground and working with authorities throughout the region to protect children every step of the way. Join UNICEF in our efforts to prevent violence in countries of origin, protect kids in transit, empower them at their destination and ensure a safe reintegration upon return.

* All names have been changed to protect the individuals.

Top photo: UNICEF helps families like Andrea* and her two toddlers, who fled Guatemala after her husband, Cristian*, was threatened by gang members who tried to recruit him to collect extortion payments for them. Cristian's friend also refused, and was murdered. All photos: © UNICEF Mexico / Balam-ha Carrillo