Current policies prevent families from accessing their legal right to protection in the U.S. as they seek asylum.

Over the course of the past year, a number of policies and practices have placed asylum-seeking children and families at serious risk of violence and exploitation. Three in particular that are having profound consequences for children are:

What they have in common is that they each prevent families from accessing their legal right to protection in the U.S. as they seek asylum, and they are impacting tens of thousands of people every day. 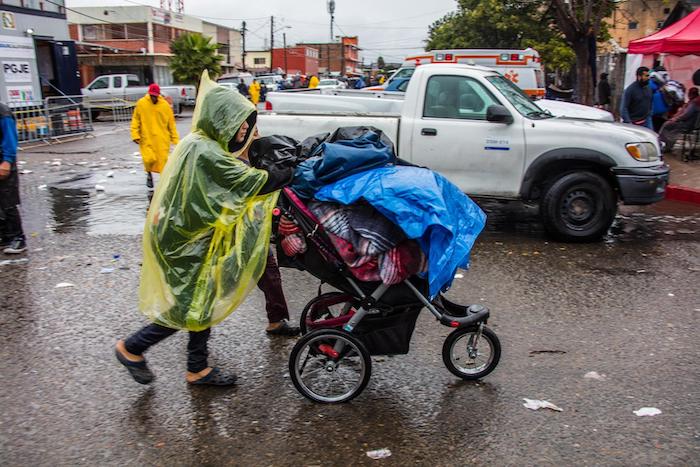 A family migrating from Central America to the U.S. leaves a makeshift shelter during a rain storm in Tijuana, Mexico. Homicide rates in Tijuana rose to 138 killings per 100,000 residents in 2018, or about seven murders on average per day. © UNICEF/UN0271797/Kelly

Metering is the process of putting asylum seekers’ names on a list from which they are called on a first-come, first-serve basis for initial entry to the United States. Often, this is the first experience families have with the U.S. asylum system.

Citing capacity constraints, U.S. authorities only permit a small number of families at each port of entry to enter each day, so families with children often have to wait months in Mexican border cities like Tijuana, one of the world's most violent cities, before asserting their international right to formally present themselves at U.S. ports of entry.

Migrant families seeking asylum in the U.S. are sent back to some of Mexico's most dangerous cities to await their court date

Once their list numbers are called, the families are taken into custody by U.S. authorities and incarcerated for a number of days while they undergo a number of screenings and processes, including a credible fear interview. If they pass the interview, meaning they demonstrated a credible fear of being returned to their country of origin, they are then allowed to begin the official process of seeking asylum in U.S. immigration courts. 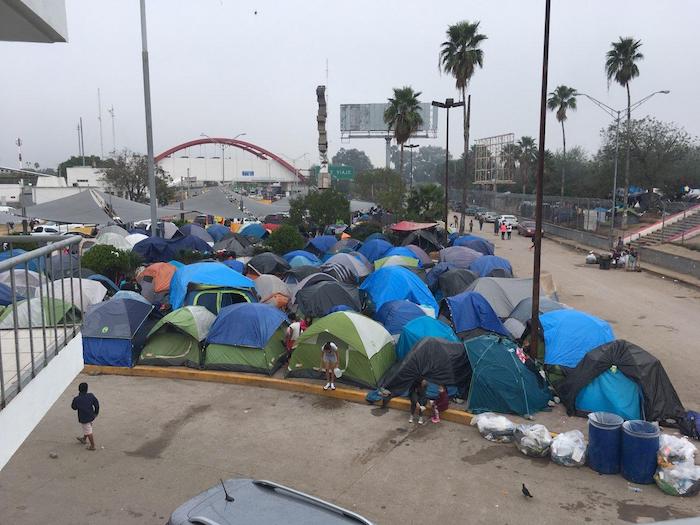 Families seeking asylum in the U.S. have formed a tent encampment in Matamoros, Mexico near the red-arched port of entry building, visible in the distance. © UNICEF HQ

In the past, families were then released from custody into the United States until their legal case was decided. However, due to the implementation of the Migrant Protection Protocols (MPP), nicknamed “Remain in Mexico,” families are returned to Mexican border cities to wait in between their immigration court appointments in the U.S., which often takes months.

The wait between immigration court appointments in the U.S. often takes months

MPP, which was first implemented earlier this year, is problematic for a number of reasons. For example, it forces families to spend months in limbo while struggling to find shelter in cities like Matamoros, located in the Mexican state of Tamaulipas. In practice, this results in families being forced to wait for months in a Mexican state where the U.S. State Department warns that “violent crime, such as murder, armed robbery, carjacking, kidnapping, extortion, and sexual assault, is common.” 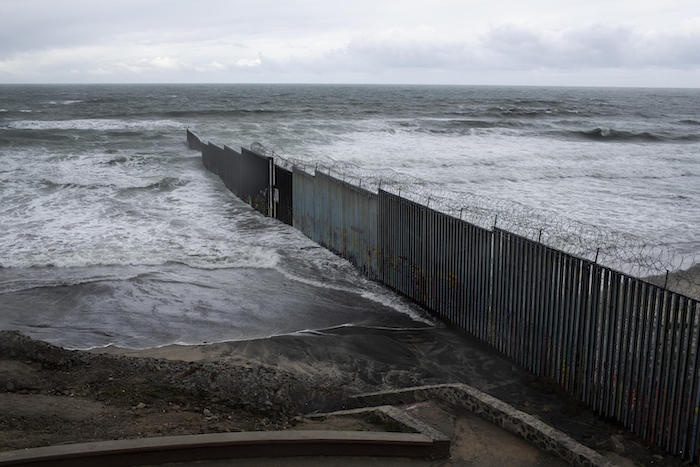 Waiting for court dates in Mexico also seriously complicates their access to legal counsel, jobs, education and basic protections that they would better be able to access in the U.S. Very few legal service providers are sending attorneys to Tijuana to represent those who have been enrolled in MPP. Those that do, such as Jewish Family Service of San Diego, lack the capacity to represent all those in need.

It's easy for traffickers to spot vulnerable migrants returned to Mexico: they have no shoelaces

People returned to Mexico after their MPP enrollment are easily spotted by traffickers and others who wish them harm: all they have to do is look at their shoes. Upon entry to the U.S., authorities confiscate asylum seekers' shoelaces — citing concerns that they might use them to harm themselves or others – and do not return them upon release. Gangs and cartels operating near the border therefore know that people without shoelaces are vulnerable asylum seekers, which makes them easy targets.

Once a family’s court date arrives, often after months of waiting in Mexico, those who are part of the morning court docket must present themselves at the border during the earliest hours of the day for their appointment. This often entails finding transport from a migrant shelter, through a dangerous border city, before reaching the port of entry. In fact, some of the court appointments require them to arrive at the port of entry as early as 4:00 a.m. In cities such as Matamoros, this is particularly problematic because of the prevailing dangers, which are so concerning that U.S. government employees “must observe a curfew between midnight and 6:00 a.m.,” according to the U.S. State Department. 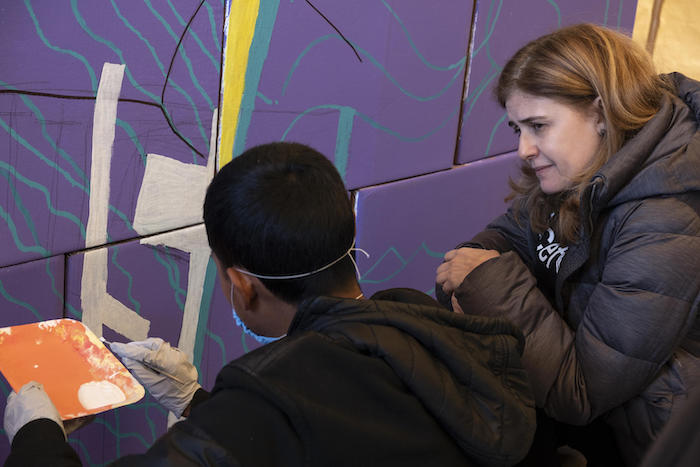 The third policy that is preventing families from accessing U.S. territory is the recently implemented series of Asylum Cooperation Agreements that the United States has respectively entered with Guatemala, El Salvador and Honduras. In theory, these agreements acknowledge the protection systems in place for asylum seekers in other countries and are used to justify returning them to seek protection in the first “safe country” through which they transited. However, there is little evidence to support the claim that any of those three countries are “safe countries.” With some of the highest homicide rates in the world, almost no staff to handle asylum claims and porous borders through which gangs and other criminal networks transit with relative ease, sending families back to first seek asylum in countries such as Guatemala places them in danger.

UNICEF USA demands that migrant families with children be allowed to wait in the U.S. during their asylum proceedings

These policies ultimately demonstrate the way that a lack of access to U.S. territory throughout the asylum process places children in harm’s way. Although UNICEF is there every step of the way interrupting violence in countries of origin, protecting kids in transit, empowering them at their destination, and reintegrating them upon return, UNICEF lacks sufficient capacity to serve all who are in need.

Join UNICEF USA in demanding that families be allowed access to U.S. territory upon arrival and throughout their asylum proceedings – regardless of where they are from or how they arrive.

Read how one family fled violence in Guatemala only to find themselves stranded in Mexico.

Here are some helpful resources for migrant families.

Top photo: Families migrating from Central America to the U.S. set up makeshift camps in border cities like Tijuana, Mexico, one of the most violent cities in the world.  © UNICEF/UN0271801/Kelly