The Fight to End Child Marriage

An estimated 650 million girls and women alive today were married as children. Child marriage is an appalling human rights violation that robs girls of their education, health and longterm prospects, and increases the likelihood that they will experience intimate partner abuse and sexual violence. Thanks to increasing rates of girls' education, proactive government investments in adolescent girls and strong public messaging campaigns stressing the illegality of child marriage and the harm it causes, a girl's risk of marrying before her 18th birthday has fallen 15 percent in the past decade. 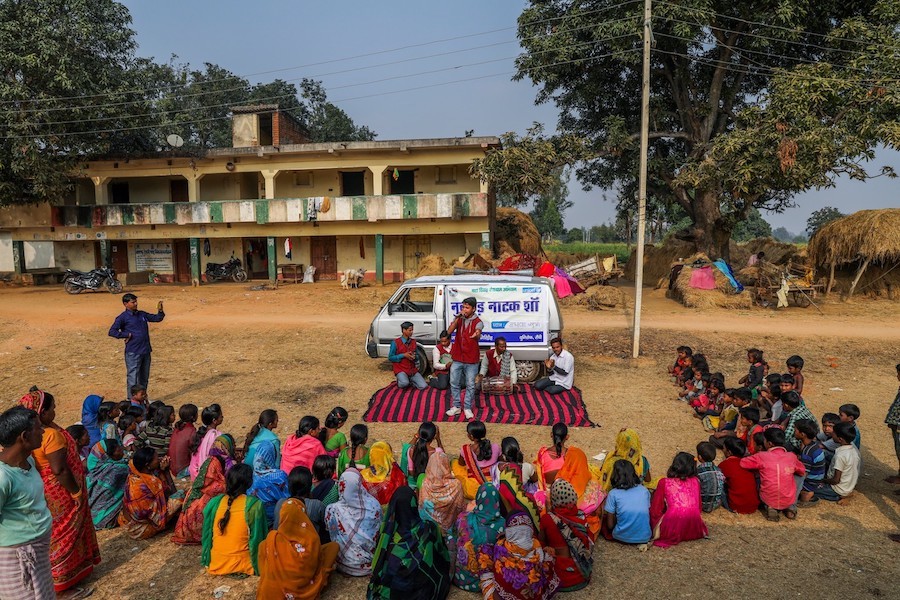 South Asia has witnessed the largest decline in child marriage worldwide, largely due to progress in India. The Giridih district in Jharkhand state has one of India's highest child marriage rates: six out of 10 girls are married before the age of 18. In Madhwa, residents gather in the village square to watch folk artists perform a play on the negative consequences of child marriage. © UNICEF/UN062012/Vishwanathan 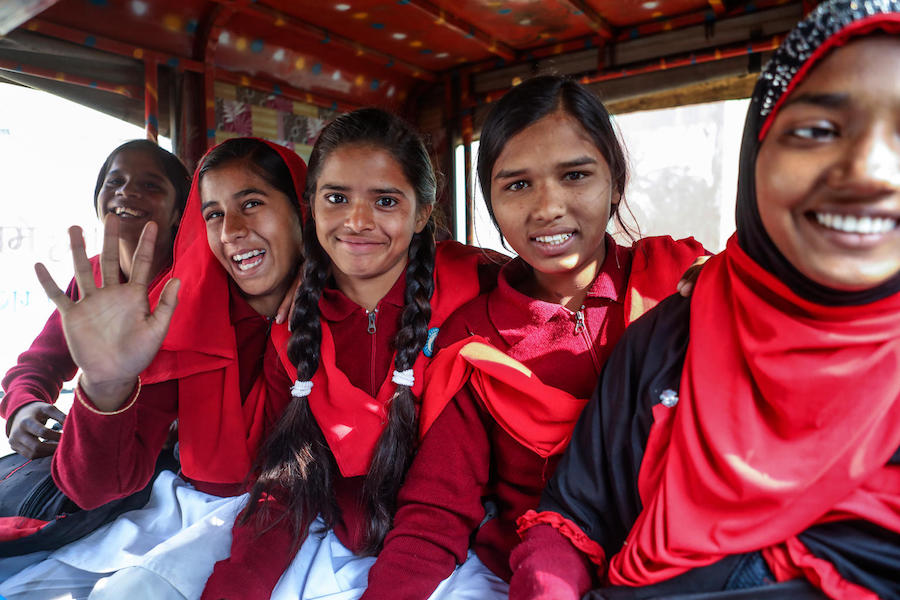 Improving access to education is key to reducing child marriage rates. In the village of Berhabad in the Giridih district of Jharkhand state, India, girls who have resisted child marriage are given a ride to school, to protect them from being harassed. “Earlier we had to form groups to go to and from school, because boys and men would trouble us on the way," says one student.  © UNICEF/UN061994/Vishwanathan 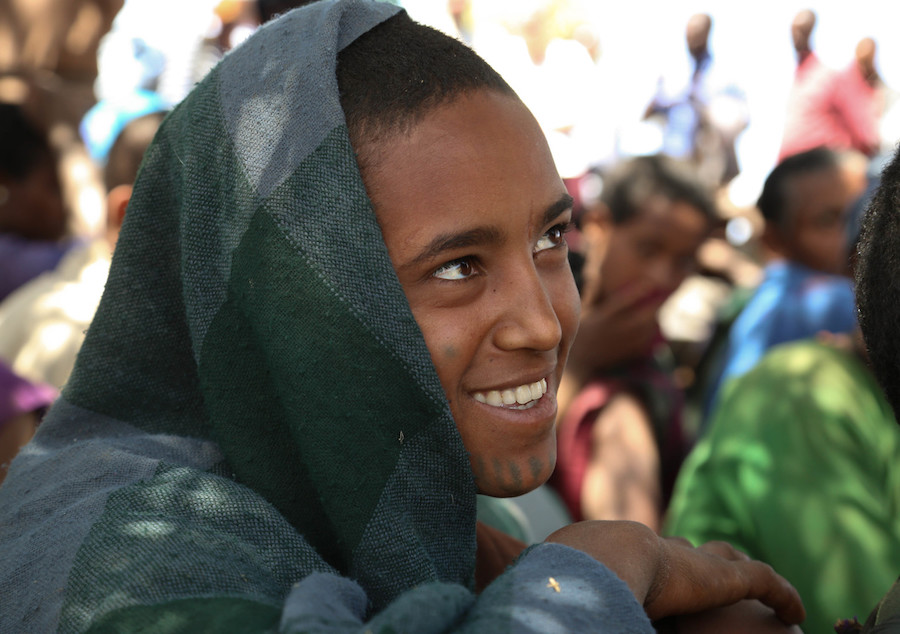 Every two seconds, somewhere in the world, a girl gets married. The global burden of child marriage has shifted from South Asia to sub-Saharan Africa, where 38 percent of young women are married before age 18. Rates of progress need to be scaled up dramatically to offset population growth. Progress is possible: In Ethiopia, once among the top five countries for child marriage in sub-Saharan Africa, the number of child brides has fallen by a third in the past decade. In Ethiopia's Amhara region, 18-year-old Siraden is married but has not yet started living with her husband. Her family forced her to quit school so she could do farm work. © UNICEF/UN021237/Tesfaye During humanitarian emergencies, child marriage rates spike, driven by social and economic pressures as well as concerns about girls' safety. At a UNICEF-supported learning center in the Kutupalong makeshift settlement in Cox's Bazar District, Bangladesh, Rohingya refugee Tasmin, 14,  holds her favorite book of Bengali poetry like a talisman. Asked if she had a message to share with girls around the world, she replied, "Please, please don't get married before 18." © UNICEF/UN0179490/Sokol 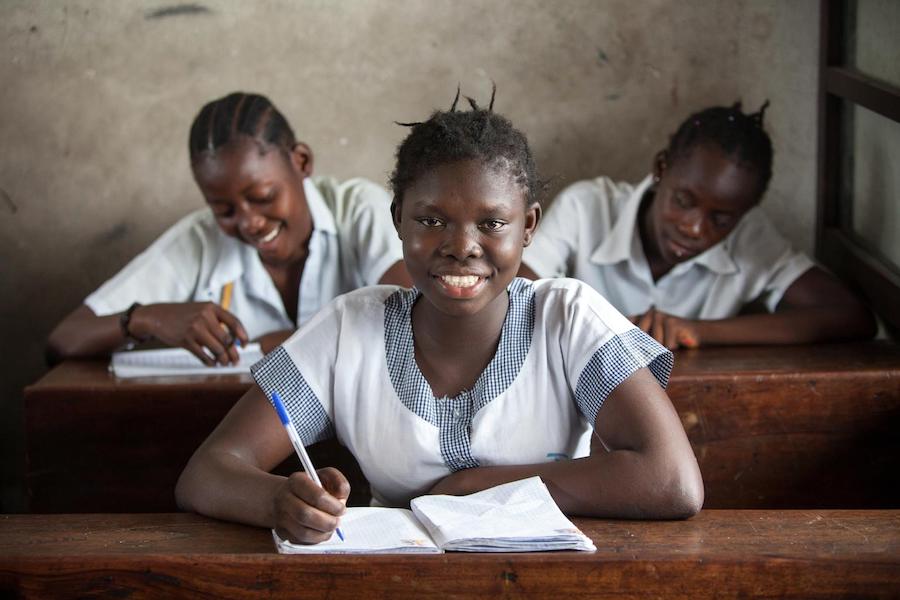 "My stepmother wanted to marry me off to a man when I was 13. I refused since I was still a little girl and I wanted to study," says Florence, 14, currently in her final year of primary school in the Democratic Republic of the Congo. © UNICEF/UNI199292/Dubourthoumieu

"When a girl is forced to marry as a child, she faces immediate and lifelong consequences," says Anju Malhotra, UNICEF's Principal Gender Advisor. "Her odds of finishing school decrease while her odds of being abused by her husband and suffering complications during pregnancy increase. There are also huge societal consequences, and higher risk of intergenerational cycles of poverty." Ayoudate, 15, whose family comes from Menaka in eastern Mali, lives in the UNICEF-supported Mangaize refugee camp in Niger. She attended school in Mali and has continued her education at the camp. Many young girls marry young within the community, but Ayoudate says, "If a girl of my age gets married, it's not good. I have a different perspective to many. Going to school doesn't spoil a girl. Quite the contrary." © UNICEF/UN051561/Tremeau

"Each and every child marriage prevented gives another girl the chance to fulfill her potential," says Malhotra. "But given the world has pledged to end child marriage by 2030, we're going to have to collectively redouble efforts to prevent millions of girls from having their childhoods stolen through this devastating practice."

Learn more about how UNICEF is working to end child marriage and help girls stay in school.

Photo at top: Girls whose families have been forced out of their homes by political violence or environmental disaster are more likely to be pushed into early marriages. Originally from Bashiqa, Iraq, outside Mosul, 12-year-old Sakina and her family live in the Harsham camp for refugees and internally displaced persons outside Erbil in northern Iraq. "We have so many dreams," she says. "We want to be actors, doctors, teachers, translators and artists. But it's hard for girls here. There was a girl here in the camp whose dad forced her to get married. She was only 13. They didn't care about her, only about the money. People should know that."  © UNICEF/UN0136265/Anmar