Ending Child Marriage One State at a Time: Pennsylvania

Advocates from UNICEF USA and Unchained at Last joined forces to urge elected officials to eliminate the loopholes that allow children to be married in Pennsylvania.

On Monday, April 8, I joined advocates from Unchained at Last at Pennsylvania’s State Capitol in Harrisburg to meet with elected officials and their staff to discuss legislation eliminating loopholes that allow children to be married in Pennsylvania. The bills — H.B. 360/S.B. 81 — mandate that both parties be 18 years old in order to legally marry. I was fortunate to be a part of these meetings where collectively we met with officials or staff members from nearly two dozen State Representatives’ and Senators’ offices. 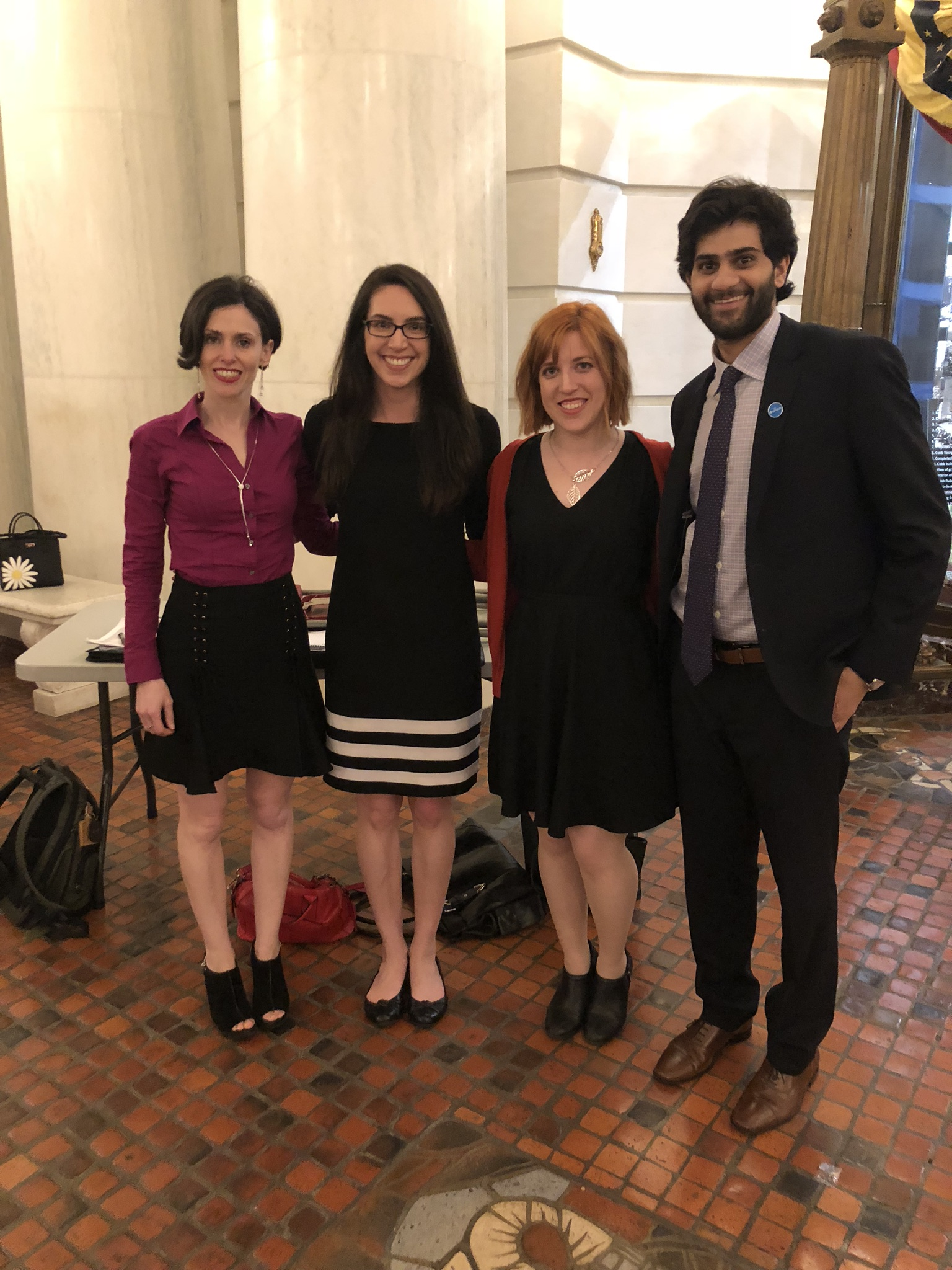 Child, early and forced marriage are human rights abuses that subject millions of girls to lower education and economic outcomes and higher health risks such as dying in childbirth. Child marriage occurs across the globe, in countries like India, Mali and  the United States of America.

Almost 9,000 underage children were married in the United States between 2007 and 2017. Girls were overwhelmingly the younger party; 95% of these marriages consisted of an older man marrying an underage girl.

Despite their general knowledge of the legislation, every office was shocked to hear the number of child marriages in America over the past decade and even more shocked to hear that there was no minimum age for marriage in Pennsylvania. Regardless of an elected official’s or staffer’s marital status or number of children, all offices reacted similarly — the idea that a child of any age could be legally married to an adult was baffling. With Representatives and Senators from both sides of the aisle acting as cosponsors, all remaining officials who hadn’t signed on to the bill were targeted. In addition to more formal, scheduled meetings, we conducted drop-by meetings to ensure all priority targets were reached. All in all, the meetings were positive, with some offices saying they would investigate the legislation further while others promised to cosponsor right off the bat.

Representative Bud Cook of the 49th District, approached the meeting in a slightly different way. Just briefly after we introduced ourselves, Rep. Cook asked if this was regarding the “child marriage bill [originally] sponsored by Topper,” to which the group enthusiastically replied, “Yes!” Rep. Cook then immediately responded, “I’ll sign, I’ll cosponsor the bill.” The brief meeting with Rep. Cook was not scheduled; by luck, we spoke to him personally, and we were the first to hear of his official support.

The brief meeting with Rep. Cook was not scheduled; by luck, we spoke to him personally, and we were the first to hear of his official support.

The results of legislative advocacy may not be immediate, but the impact these efforts have can be profound. Federal and state legislatures are responsible for ensuring these young children, especially girls, are protected from the irreversible harms that result from child marriage. But it is our responsibility as advocates to shed light on the issue and educate our elected officials on topics that adversely affect children. If we continue to advocate for the best interests of children, we will no doubt find friends and fellow supporters in both familiar and unfamiliar places.

Child marriage is a global issue that UNICEF is working diligently to address, from internationally based programs to legislative advocacy efforts in states like Pennsylvania, Massachusetts, Nevada and many more. Every child deserves the right to a healthy and fulfilling childhood, and every person in the U.S. can play a vital part in protecting that right. To learn more about UNICEF’s fight to end child marriage, click here.

If you live in NV, PA, NH or MA, join fellow advocates in asking your elected officials to cosponsor legislation that would eliminate child marriage, with no exceptions.