'Educate A Child' Programs Now Reaching Over 250,000 Kids in Syria

A quarter of a million out-of-school children are already benefiting from self-learning and related education support from UNICEF. But many more are still waiting to get back on track and on to a brighter future.

After nearly a decade of civil war in Syria — a prolonged crisis that has caused social, political and economic turmoil, with disastrous effects on millions of lives — the first question that parents ask when they encounter an aid worker, according to Fran Equiza, UNICEF's representative in Syria, is this:

What about my child's education?

"I was visiting a family living in Ghouta, 24 hours after an attack," Equiza told UNICEF USA. "The brother-in-law had been killed and the son was in bed with a head wound after a wall fell on him. The mother pulled me aside and asked, 'When are my kids going to be back in school?'"

That this is top of mind for parents — at a time when 80 percent of the population is living below the poverty line— says a lot, Equiza said. "You don’t send your kids to school unless you think there is hope for them. The Syrian people are some of the most resilient people I have ever met.” 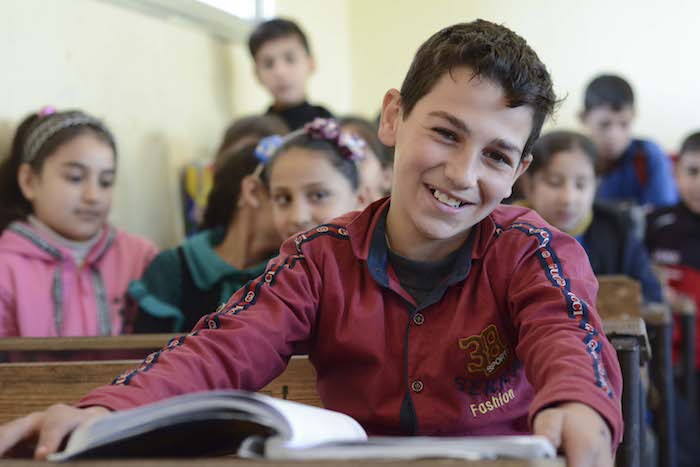 Yousef, 10, of embattled Homs, Syria, studied in a dark, dusty basement for three years after his school was damaged by fighting. In 2018, his school was rehabilitated thanks to UNICEF and partner Educate A Child — allowing him to return to a regular classroom. In addition to repairing the school's infrastructure, the rehabilitation included the provision of desks, chairs, whiteboards, and water and fuel tanks. UNICEF also equipped the schools with rooms for early childhood education and with teacher-training centers. Yousef’s school is now working double shifts to allow over 2,000 children to continue their education in a safe and comfortable learning environment. © UNICEF/ Syria 2019/ Abdulaziz Aldroubi

Because of the war, over 2 million Syrian children are out of school, deprived of their basic right to learn. Two in five schools are not fit for purpose: damaged or destroyed by fighting, occupied by displaced families or otherwise inaccessible. According to Equiza, there are 150,000 fewer qualified educators on the job now than there were before the conflict started, when primary school enrollment was at 93 percent.

Many families forced by violence to flee their homes have had to settle and resettle many times over, making regular school attendance difficult. Even for those families who stay put, economic hardship and insecurity remain critical barriers. 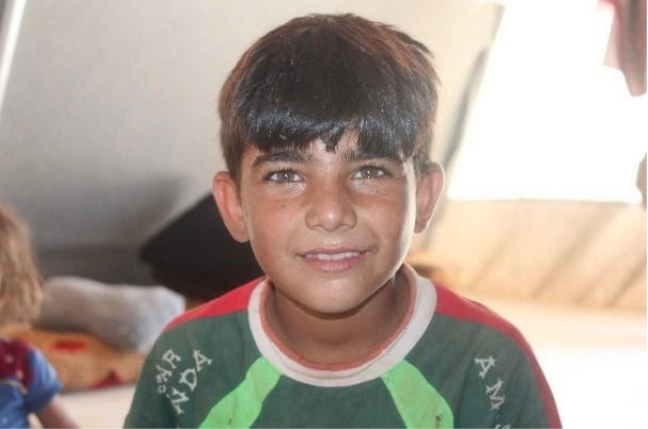 Majd, 9, said he was excited to finally have a chance to learn to read and write through a UNICEF supported Self Learning program launched at the Amal camp for families displaced by the Syrian conflict, located in rural Idlib. Maj family has moved three times in four years, but even before they fled their home village, the kids had stopped attending school amid escalating violence. Only Majd's brother, the eldest of seven kids in the family, could read when the family first arrived at Amal. © UNICEF Syria/2019

Students who are able to attend school are faced with over-crowded classrooms, a lack of learning materials and inadequate staffing, among other challenges. One in eight students require specialized psychosocial support due to the war-related traumas they've suffered.

In response, UNICEF and Educate A Child (EAC), a global program of the Education Above All Foundation, have developed a quality alternative education model — a self-learning program that enables children with limited or no access to school to continue their learning at home, in community learning centers or in public school settings.

So far the initiative has helped over 55,000 kids catch up on course work they've missed, by constructing and equipping self-learning centers in displacement camps and enlisting the help of parents, caregivers and volunteers to support the students. Children benefitting from the program learn English, Arabic, math and science. 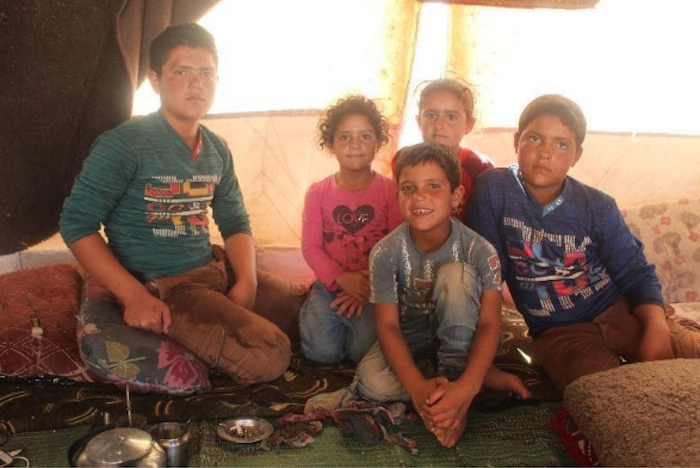 Hasan, 8, front and center, and his four siblings live in a camp for displaced persons in northern Idlib, Syria, one of many camps where a self-learning program, created by UNICEF in partnership with Educate A Child, is helping out-of-school kids catch up on their studies. © the IP/Syria/2019/staff photo

In partnership with EAC, UNICEF has been able to ramp up other education-related activities inside Syria, benefiting another 200,000 children in need. These include an ongoing effort, in collaboration with the education ministry, to connect more kids to Curriculum B, an accelerated learning program designed for those who have been out of school for an extended period of time.

UNICEF has been able to leverage the EAC partnership to increase distribution of textbooks and other learning materials to children in need as well — in some cases delivering by relief convoy into the country's hardest hit areas — and to rehabilitate damaged school buildings in Homs and elsewhere, allowing more kids to get back to learning in a safe, supportive environment. 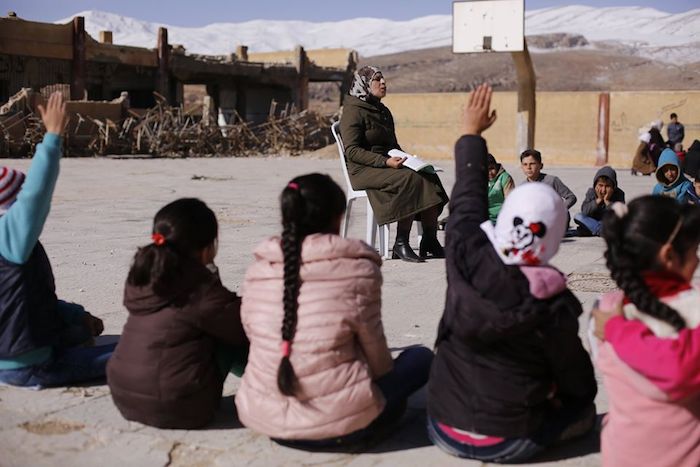 A self-learning class is held outside a damaged school building in Beit Jinn, a town in rural Damascus. The curriculum, which is specially designed for students who have been out of school for some time, focuses on preparing kids to return to formal education. © UNICEF/Syria 2019/Omar Sanadiki

The self-learning approach is particularly well suited to displacement camps like Al-Hol, where the number of residents jumped from 10,000 to 73,000 in just the last 14 months or so — mostly women and children fleeing violence in Hajin, in eastern Deir-ez-Zor. With EAC support, UNICEF set up three learning centers, staffing them by identifying camp residents for teacher training. Four more learning centers are in the works. 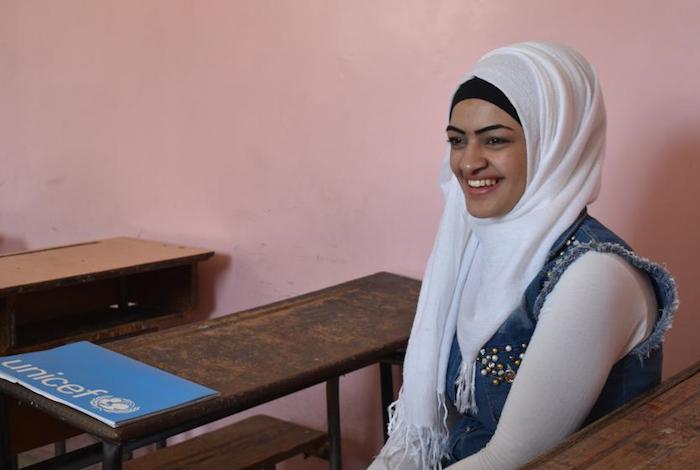 Kahadija is one of thousands of young Syrians that UNICEF has helped get back on track through a self-learning program that enables them to take national exams and eventually return to formal schooling. © UNICEF/Syria/2019/Mahmoud

UNICEF has also introduced self-learning in Beit Jinn, in rural Damascus, focusing on children whose families had fled the town amid escalating violence in 2013, and then returned in 2018 once fighting had ceased. Students in the self-learning program go to two area schools for lessons after regular school hours and on weekends. 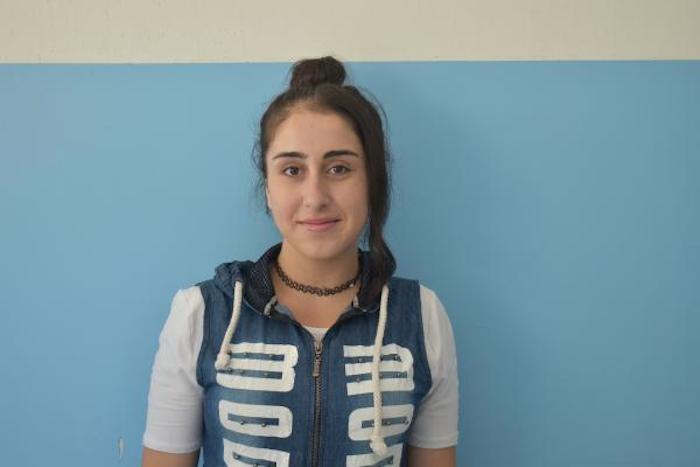 Lorine, 16, another child uprooted by the Syrian conflict — her family fled Idlib for Damascus in 2016 — was able to resume her education through a self-learning program supported by UNICEF. “From now on I will not let anything get between me and education," she told UNICEF. Read more about how Lorine was able to get back on track at unicef.org/mena. © UNICEF/Syria/2019/Mahmoud

Individual success stories are streaming in. When Kahadija was 12, her family left their neighborhood, Al-Qadam, in Damascus, and, unsettled, she stopped going to school. Years passed, and the chance to resume her education grew more and more distant. Then a UNICEF outreach worker knocked on the door, and soon she was back studying math and other subjects. At 17, Kahadija passed her national sixth grade exam, an important milestone.

"The self-learning program brought me back to life," Kahadija told UNICEF. "Now I have something to dream of, and that is continuing my studies and going to university.” "In the eight years since the conflict in Syria started, 4 million babies have been born," UNICEF Executive Director Henrietta Fore tweeted. "That’s almost half the child population in the country; 4 million children who have known nothing but war. Let that sink in for a second." © UNICEF/Sanadiki

UNICEF won't stop until all children receive the support and education they need to grow up strong and healthy. Help UNICEF and Educate A Child continue meeting the needs of out-of-school children across Syria. Your contribution can make a difference.