UNICEF warns of a significant jump in the number of adolescent girls being forced into early marriage and Female Genital Mutilation (FGM) as the region's worst drought in 40 years pushes families to the edge.

Girls as young as age 12 are being forced into child marriage at "alarming rates" in the Horn of Africa — a region facing its worst drought in 40 years — as families increasingly turn to desperate measures to survive, UNICEF warned on Wednesday.

In some parts of Ethiopia, the child marriage rate from January through April 2022 more than doubled, on average, when compared to the same period last year.

The number of children at risk of dropping out of school across Ethiopia, Kenya and Somalia has tripled in just the past three months — from 1.1 million to an estimated 3.3 million children — leaving vast numbers of adolescent girls at greater danger of a number of child protection risks, including being viewed as ready to marry. 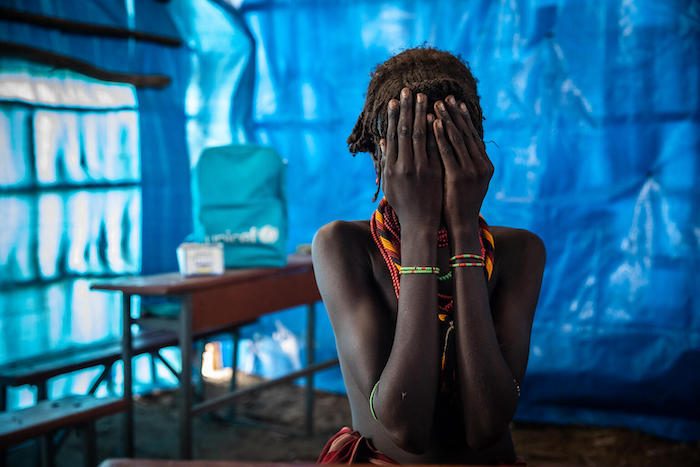 In the Dassenech woreda in southern Ethiopia, 13-year-old Enat (name changed) was forced to leave school and marry a stranger to help her family cope with the economic fallout of the drought. © UNICEF/UN0651316/Pouget

UNICEF also reported that more girls in drought-impacted areas are being subjected to Female Genital Mutilation (FGM), a cruel practice that, despite being internationally recognized as a human rights violation, is a prerequisite for marriage in some communities.

Other forms of gender-based violence, including domestic violence and sexual violence, are also on the rise in some locations.

The drought — the fallout of four consecutive rainy seasons, and an effect of climate change — dries up water sources, destroys crops and kills livestock.

The war in Ukraine has accelerated the crisis by driving up food and fuel prices. Somalia — where 213,000 people are considered at risk of famine — once imported 92 percent of its wheat from Russia and Ukraine, but those supply lines are now blocked. Skyrocketing prices also mean families cannot afford to buy staples.

More than 1.8 million children are in desperate need of treatment for life-threatening severe acute malnutrition in the region.

For destitute parents, child marriage is one less mouth to feed, or a chance at a better life — but also an end to childhood

“We are seeing alarming rates of child marriage and FGM across the Horn of Africa – with some destitute families arranging to marry off girls as young as twelve to men more than five times their age,” said Andy Brooks, UNICEF’s Regional Child Protection Advisor for Eastern and Southern Africa.

Child marriage and FGM end childhoods, driving girls out of school and leaving them more vulnerable to domestic violence and a lifetime of poverty.

"Child marriage and FGM end childhoods, driving girls out of school and leaving them more vulnerable to domestic violence and a lifetime of poverty," Brooks added.

Marriage before age 18 is a form of child abuse and violation of child rights under the Convention on the Rights of the Child. Yet for growing numbers of parents and caregivers in these drought-impacted areas, it is "one less mouth to feed, or a desperate attempt to help the bride to have a better life," said Rania Dagash, UNICEF’s Deputy Regional Director for Eastern and Southern Africa explained.

In some cases, family members have been able to rescue young girls from forced marriages. Amina, 12, is one such case. In April, her stepbrother helped her escape a marriage to a 70-year-old man, a marriage that had been arranged by her uncle in exchange for a small dowry of cows. The stepbrother faced enormous personal risk — including the wrath of his male relatives — when he intervened.

Amira describes the day of her attempted child marriage: “That day, I took the bus with one of my relatives and had been told we were going to my brother’s wedding. I was excited. Then there was a phone call while we were on the bus and I could tell something was wrong. My uncle was calling to instruct him to bring me back to my home village because it was actually my wedding and I was the one getting married … I cried. I felt angry and betrayed. The relative I was with did nothing to support me; he was just going to do what my uncle told him." 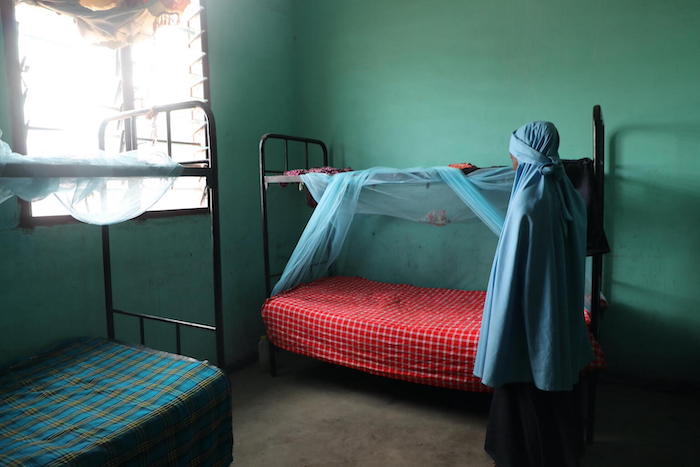 Amira, 12, in her room at the government-run Garissa children's support center in Kenya, where she has been staying after escaping a forced marriage with help from her stepbrother. UNICEF helped refurbish the center and has also provided playground equipment and dignity kits containing personal hygiene items. © UNICEF/UN0657274/Odhiambo

Heightened risks of child marriage and FGM go hand in hand. In Kenya, 14 of the 23 counties affected by drought are already FGM hotspots, with prevalence rates up to 98 percent. Girls in these areas are now in danger of undergoing FGM at younger ages, as families prepare them for marriage.

Poor access to safe water is another problem contributing to increased safety risks. Across the Horn of Africa, women and girls in drought-affected areas are having to walk longer distances to access water and other basic resources, leaving them vulnerable to sexual violence. In Kenya, women and girls are walking more than three times longer than before — more than 18 miles in some locations — according to analysis by the Kenya Red Cross, a UNICEF partner. 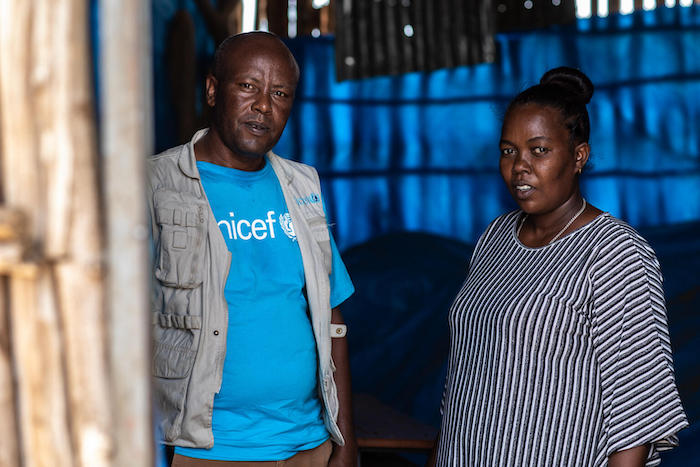 Maldret Tarekgn, right, head of the Ethiopian government's Bureau of Women and Children Affairs, works alongside UNICEF to prevent early marriages and help victims in the Dassenech woreda (district) in the southern part of the country. © UNICEF/UN0651319/Pouget

UNICEF is calling for services to address child protection and gender-based violence to be urgently scaled up, including through permanent services and mobile teams to reach the most vulnerable.

"The figures we have do not capture the magnitude of the problem: large swathes of the Horn of Africa have no specialist facilities where cases can be reported," Brooks said.

"This is a children’s crisis, and we urgently need more funding to scale up our response in Ethiopia, Kenya and Somalia – not only to save lives in the short-term but to protect them in the long-term.”

UNICEF’s appeal for support for the Horn of Africa drought response is less than one-third funded. Support UNICEF's urgent work for vulnerable children and families in the region. Your contribution can make a difference. Donate today.

Top photo: Enat, 13, of Dassenech woreda in southern Ethiopia, was forced to leave school and marry a stranger. UNICEF works with local partners to prevent adolescent girls from being forced into early marriage — a negative coping mechanism for an increasing number of families living in parts of Ethiopia, Kenya and Somalia most affected by drought, the region's worst in 40 years. © UNICEF/UN0651314/Pouget