Drought Emergency in Kenya: 'This Is What Climate Change Looks Like'

Dead livestock. Dried up riverbeds. A malnutrition crisis in the making.

UNICEF Goodwill Ambassador Priyanka Chopra Jonas recently returned from northern Kenya, where she was able to see firsthand how the effects of climate change across the Horn of Africa are threatening children's lives.

During the two-day visit, Chopra Jonas traveled to Turkana County – one of 15 counties across Kenya affected by prolonged, crippling drought, compounded by a spiraling global food crisis — where almost 1 in 3 children are suffering from acute malnutrition.

Nearly 900,000 children under the age of 5 in affected counties are in urgent need of treatment for life-threatening severe acute malnutrition (SAM), also known as severe wasting. UNICEF is scaling up the procurement and positioning of essential lifesaving supplies and working with partners to expand critical services.

Below, a Q&A with Chopra Jonas about her experiences on the front lines of Kenya's unfolding emergency. 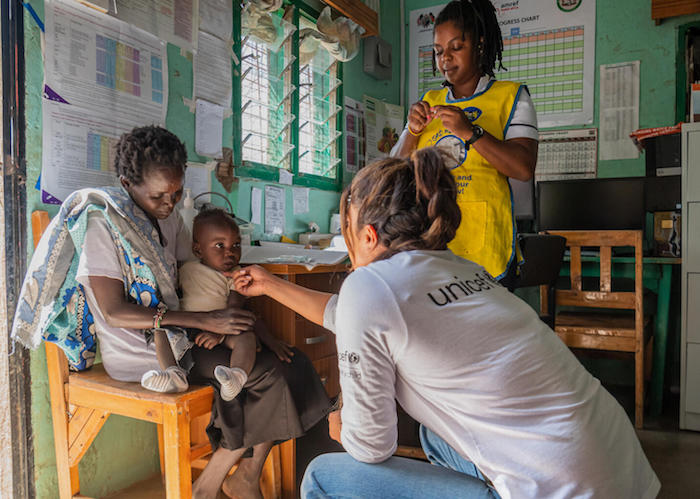 HOW IS THE DROUGHT AFFECTING CHILDREN IN KENYA?

PRIYANKA CHOPRA JONAS: In the Horn of Africa, children are starving to death and millions more are on the brink of starvation right now. Most of the families I met are living on less than $1 a day, and some had not eaten for three days. This is what climate change looks like here.

WHAT IS UNICEF DOING TO HELP CHILDREN IN NEED?

PRIYANKA CHOPRA JONAS: UNICEF’s lifesaving efforts on the ground are helping to curb this hunger crisis, including the distribution of nutrient-packed therapeutic foods that can save a child’s life. 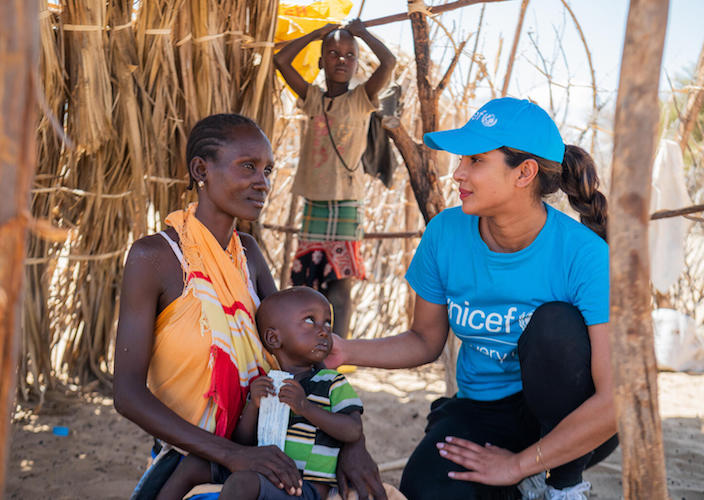 Priyanka Chopra Jonas, right, talks with Mary Apurot at her home in Nadoto Village, Turkana County, Kenya, after her 2-year-old son, Apolo Lokai, was screened for malnutrition and given his first sachet of Ready-to-Use Therapeutic Food (RUTF). © UNICEF/UN0722082/Wahome

DID YOU WITNESS SOME OF THE OTHER HEALTH RISKS ASSOCIATED WITH MALNUTRITION?

PRIYANKA CHOPRA JONAS: Yes. I met a 2-year-old named Keeza who was suffering from severe malnutrition. Because of his weakened immune system, he had contracted malaria and pneumonia. He was being treated at the pediatric stabilization center at the referral hospital in Lodwar Township, where children in the worst condition are being admitted.

DOES UNICEF HAVE THE FUNDING TO REACH EVERY CHILD IN NEED?

PRIYANKA CHOPRA JONAS: The reality in Kenya is that so many children like Keeza are not getting the treatment they need, and are uniquely vulnerable. Children whose immune systems are already weakened by malnutrition can’t fight off disease, meaning they’re just as likely to die of illness as of hunger.

It’s devastating and it’s preventable. Unless we act now, millions more children will be pushed to the brink of death. 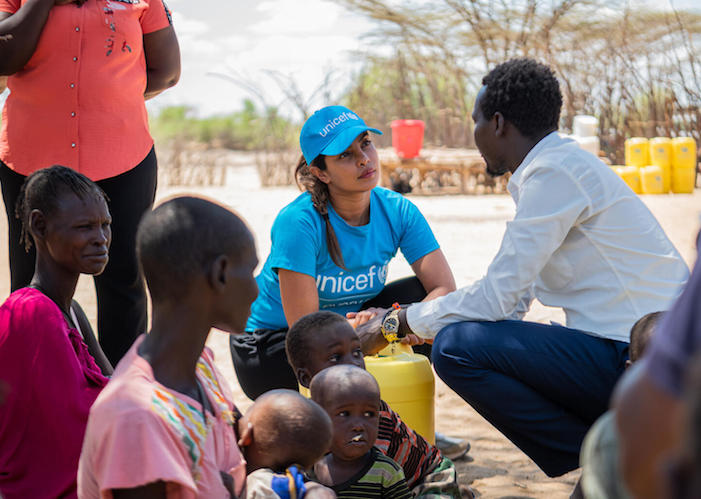 HOW ARE MOTHERS IN TURKANA COUNTY COPING?

PRIYANKA CHOPRA JONAS: I met one mother, Hanna Moru, who inspired me by her resilience during this drought. She told me she has been able to remain at her village only because of the UNICEF-supported water source that has served her family.

Hanna’s 13-year-old daughter Celine is now able to go to school, and her youngest child is able to receive immunizations and nutritional treatment at the local dispensary.

The worst climate-induced disaster in 40 years is a crisis teetering on the edge of a catastrophe. By early October, some 8.5 million people — 4.2 million of them children — were facing severe water shortages across large swathes of Kenya, Somalia, Ethiopia, Eritrea and Djibouti, while 20 million required emergency food assistance as a result of the drought.

The Children’s Climate Risk Index, released by UNICEF in 2021, found that 1 billion children— nearly half of the world's 2.2 billion children —  live in one of the 33 countries classified as being “extremely high risk" due to climate change impacts. The top ten countries in the risk index are all in Africa.

Help UNICEF reach more children and families threatened by severe drought in the Horn of Africa.