Climate change is one of the most critical issues facing children today.

Unless we act now, we will face an unprecedented climate change catastrophe within twelve years, according to a sobering new UN report. A half degree of extra warming will wreak havoc on the lives of hundreds of millions of people — by heightening the risks of drought, floods, extreme weather events, food scarcity and poverty. The most disadvantaged children, who often live in the world’s poorest and most polluted environments, are especially vulnerable to the impacts of climate change.

The UN Intergovernmental Panel on Climate Change (IPCC), a group of the world's leading climate scientists, is urging governments to take action to reduce emissions by 45% by 2030 in order to keep global warming at a maximum of 2.7 degrees F. If we don’t take measures to address climate change and improve environmental sustainability today, it is the world's children who will have to suffer the consequences of our inaction.

“It’s a line in the sand and what it says to our species is that this is the moment and we must act now,” said Debra Roberts, a co-chair of the IPCC working group on impacts. “This is the largest clarion bell from the science community and I hope it mobilizes people and dents the mood of complacency.”

These are some of the ways climate change is impacting children:

By 2040, almost 600 million children — 1 in 4 children worldwide — will live in areas with extremely limited water resources. If we don’t address this crisis, many of these children will face a higher risk of death, disease and malnutrition. 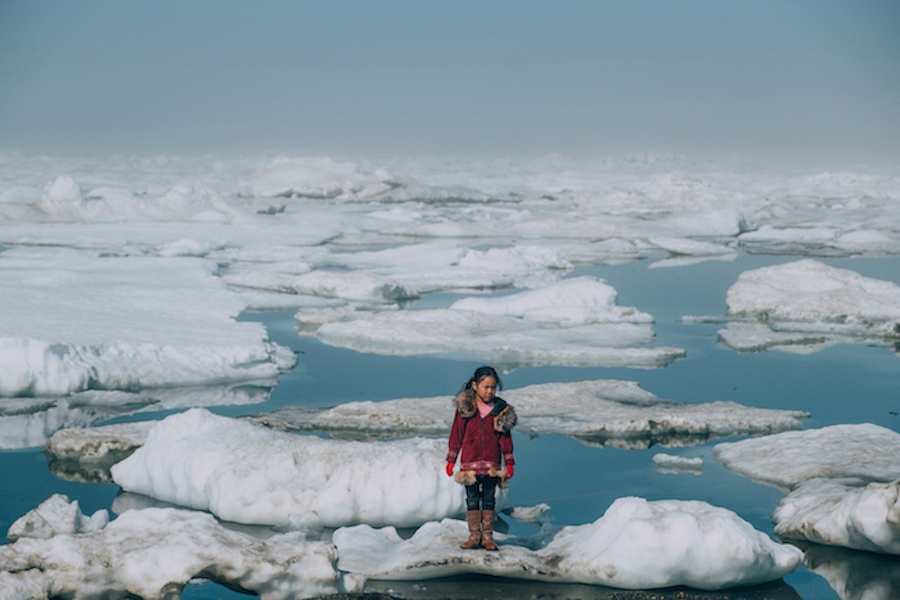 An Iñupiat girl Amaia, 11, standing on a ice floe on a shore of the Arctic Ocean in Barrow, Alaska. The anomalous melting of the Arctic ice is one of the many effects of global warming that has a serious impact on the lives of humans and wildlife. © UNICEF/UN055819/Sokhin


With rising global temperatures leading to an increase in droughts and desertification, hunger and malnourishment will become increasingly widespread and children will be the most affected. Food crises contribute to a rise in displacement, fueling the global refugee and migrant crisis. 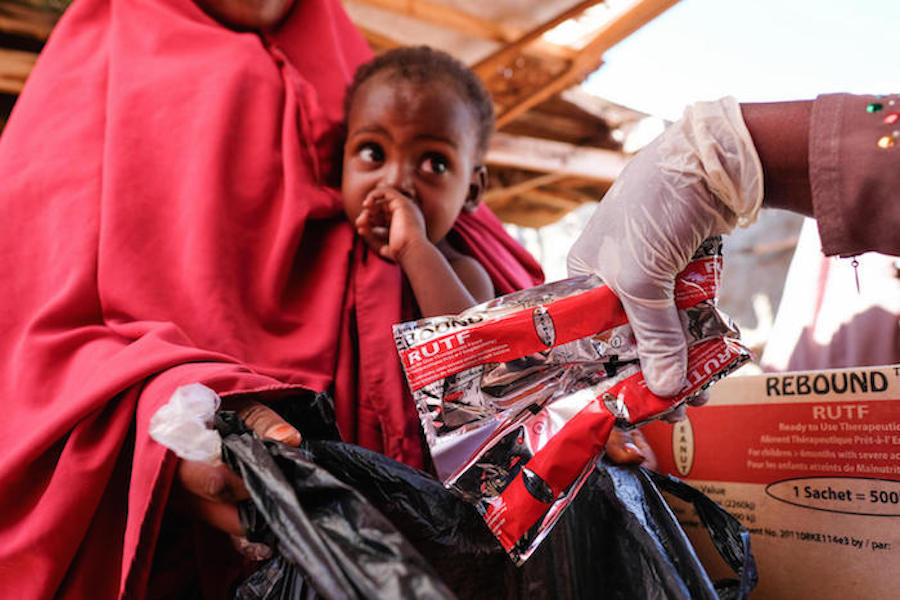 Halima Hassan Mohamed brings her 1-year-old son, Hassan, for treatment of malnutrition at a displacement camp in Somalia. Before they go home, they are given Ready-to-Use Therapeutic Food to treat Hassan's condition at home. The family has been living in the camp for two years after their home was destroyed by floods. © UNICEF/UN0199874/Rich


An estimated 260 million children live in areas where the risk of floods is extremely high and open defecation is widespread, threatening to contaminate water sources with human waste. This will increase the incidence and spreading of disease. 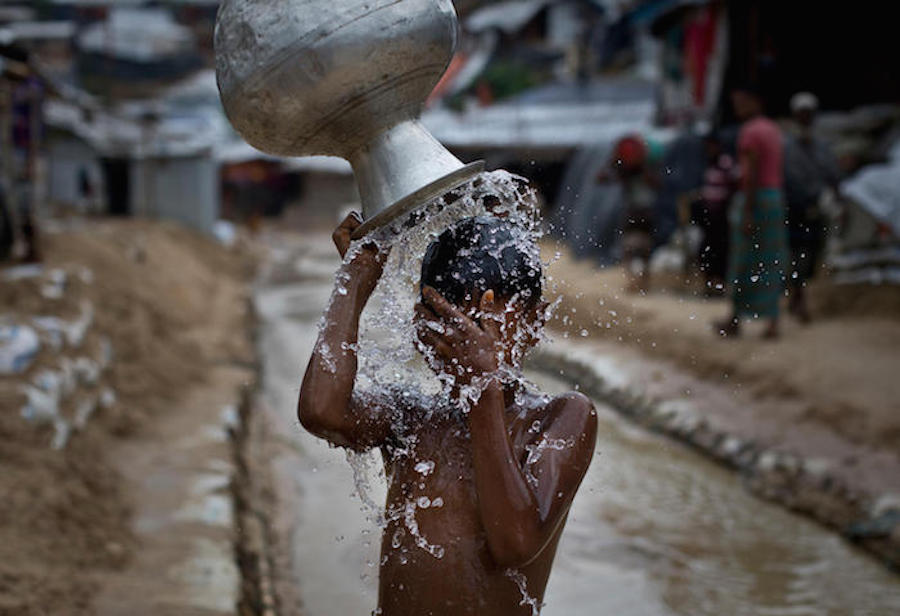 A boy washes in a sprawling, overcrowded refugee camp sheltering over 800,000 Rohingya refugees in Cox's Bazar, Bangladesh. During the monsoon season, children and families face the risks of landslides, flash floods, waterborne diseases and ultimately, loss of life. © UNICEF/UN0219073/Modola 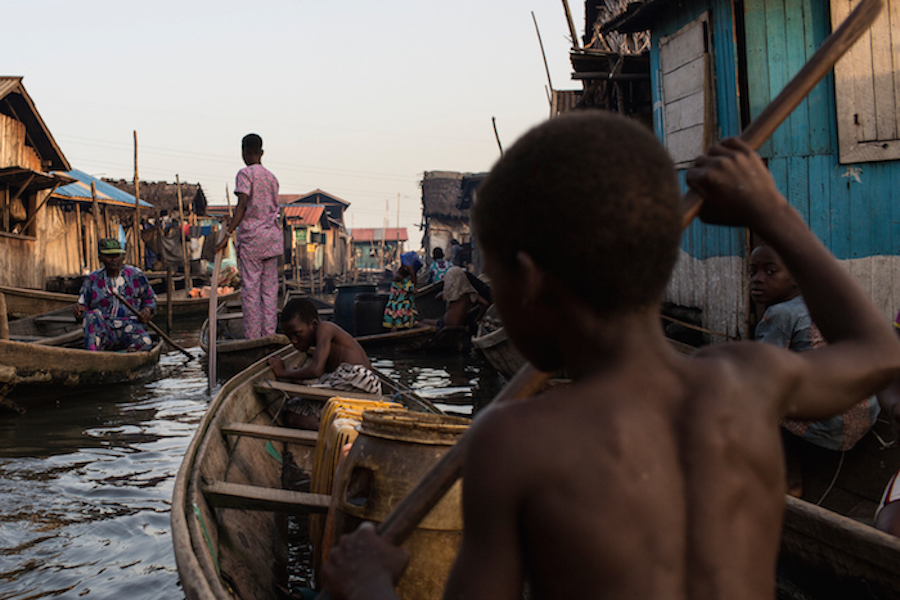 In Lagos, Nigeria, a child navigates the polluted waters of Makoko, a fishing community mostly made up of structures on stilts. Vehicle emissions, diesel generators, burning of biomass and garbage and other environmental waste greatly affect the communities water and air quality. Residents of Makoko have trouble breathing and many cough out soot on a daily basis. © UNICEF/UN037198/Bindra

To reduce the impact of climate disasters on vulnerable children around the world, UNICEF works with governments to develop and strengthen climate-resilient water, sanitation and hygiene services. Through the use of innovative technologies, like solar-powered water pumps, UNICEF is providing children and families with sustainable access to water. UNICEF is also working to address environmental degradation by tackling issues such as air pollution in urban areas, risks from chemicals, waste, polluted water, and the lack of green and clean areas for children to play.

Please support UNICEF's work to protect the most disadvantaged children around the world.

Top photo: After collecting safe drinking water from a UNICEF-supported water point, women walk home in the village of Dafo in southern Djibouti. Djibouti is one of the smallest and most arid countries in the planet. Temperatures are high, sometimes reaching up to 116°C during the driest period from May to October. Water is as precious as it is scarce. Since the drought that started in 2007, rainfall has been reduced to approximately 50% of previous levels. © UNICEF/UN0199526/Noorani