Children in Ukraine Fear for the Future

Shells. Landmines. Shrapnel. For almost eight years, fear has filled the lives of children in eastern Ukraine. Now, with an escalating conflict, children are more scared than ever.

Like many children, sisters Katia, 7, and Daryna, 9, below, live in eastern Ukraine, along the so-called contact line which divides government- and non-government-controlled areas. Growing up there means they haven’t really had a chance to worry about the things that a lot of children their age would. With their families, they’ve had other things on their minds — like where they might have to evacuate to.

“If we had to leave, I’d take what I needed — my teddy bear, food and my family,” Daryna says. “I won’t go anywhere without my family.” 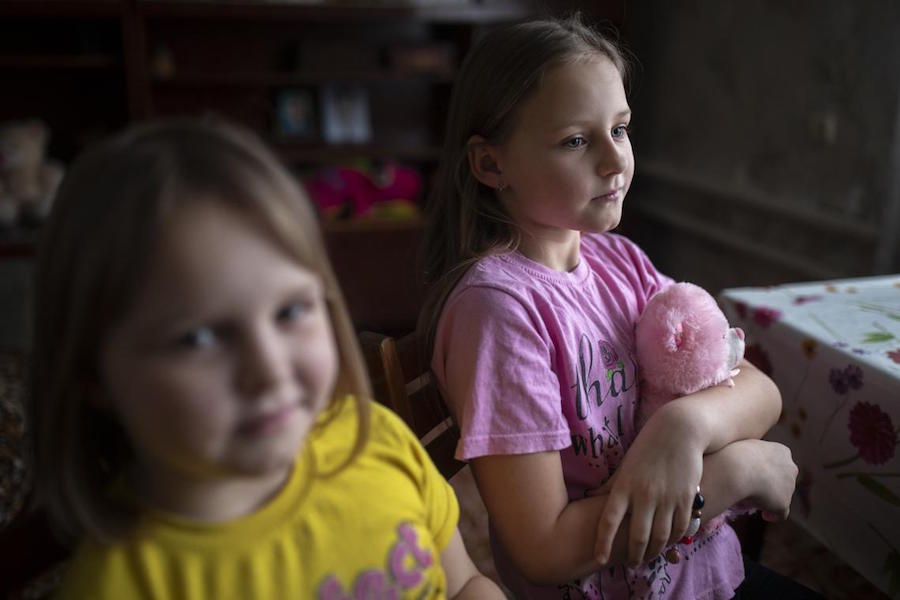 Daryna and Katia have grown up knowing nothing but conflict. Their fears are justified. Earlier this month, a local school was attacked.

“When they fired, our curtains began to flap,” says Daryna. “Katia was scared. Then we found out on the internet that one person was injured and that the school was hit.” 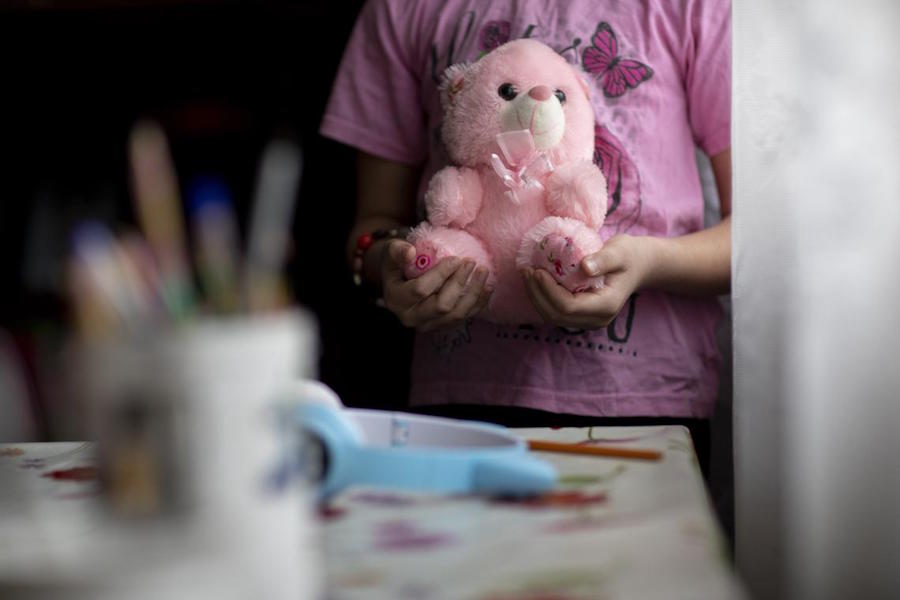 For years now, hundreds of thousands of children living along the contact line have had to deal with the stress and uncertainty of needing to be ready to flee with their families at a moment’s notice.

Nastia, 16, below, says she has recently been discussing with her family what they should do if there’s an attack. “We have a cellar near the house where we can hide if they shoot,” says Nastia. “But I don’t really want the shelling to happen again, because it’s really scary. You don’t know where the shell will fall, where to hide.” 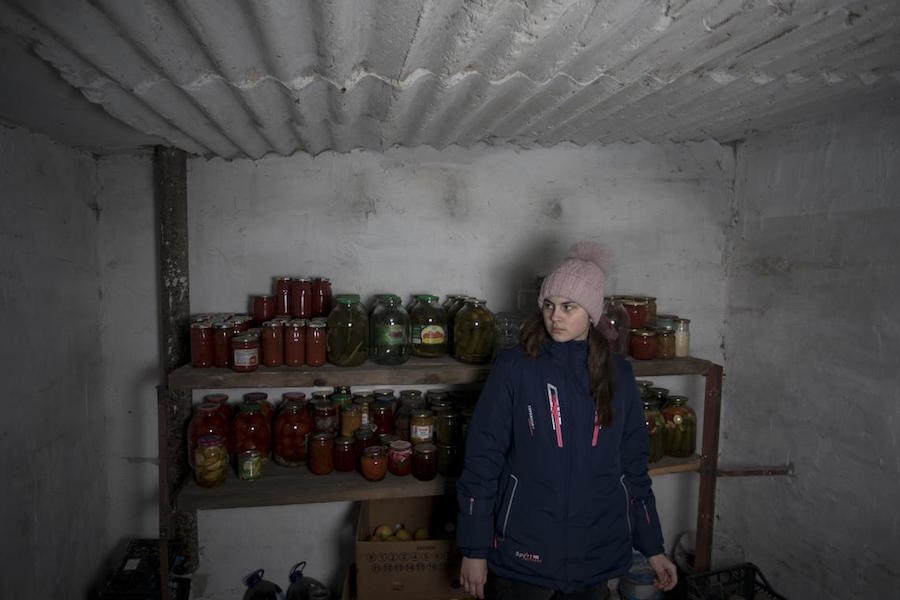 Nastia says she has been feeling increasingly anxious for about a month now and has been trying to deal with it by reading, drawing and talking to her sister.

“If I had to go, I’d take a book to lift my spirits, or a soft toy that I could fall asleep with and that helps me calm down,” she says. 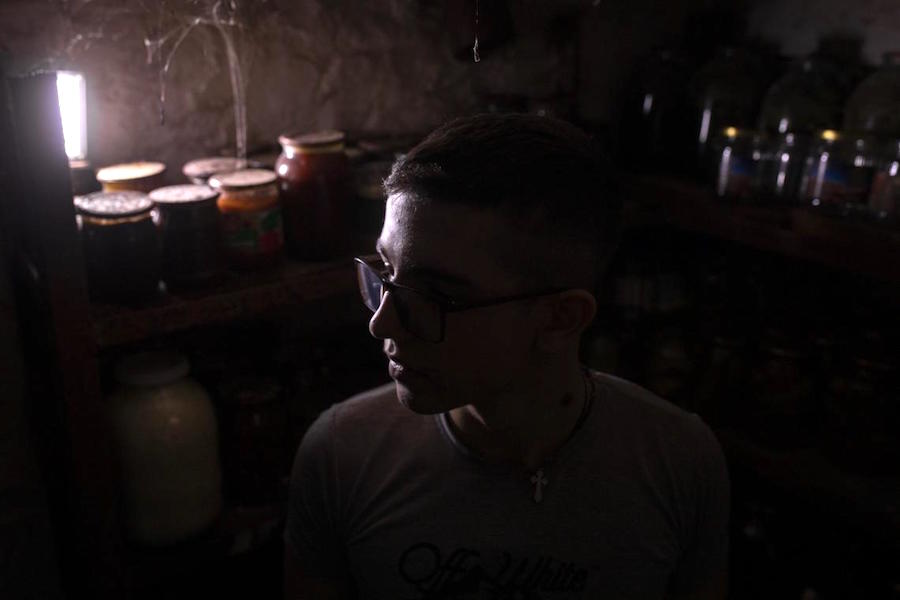 Illia, also 16, above, has been busy tidying the basement beneath his family's house so that it can be used as a bomb shelter in case of an emergency.

“This basement has saved our lives a thousand times,” he says. “We felt safer here than above ground. We’ve opened the basement door so many times since the start of the conflict that the hinges on the door broke.”

Illia and his family are ready to flee their home if they need to. “There doesn’t seem like any point fixing the hinges again now,” Illia adds. 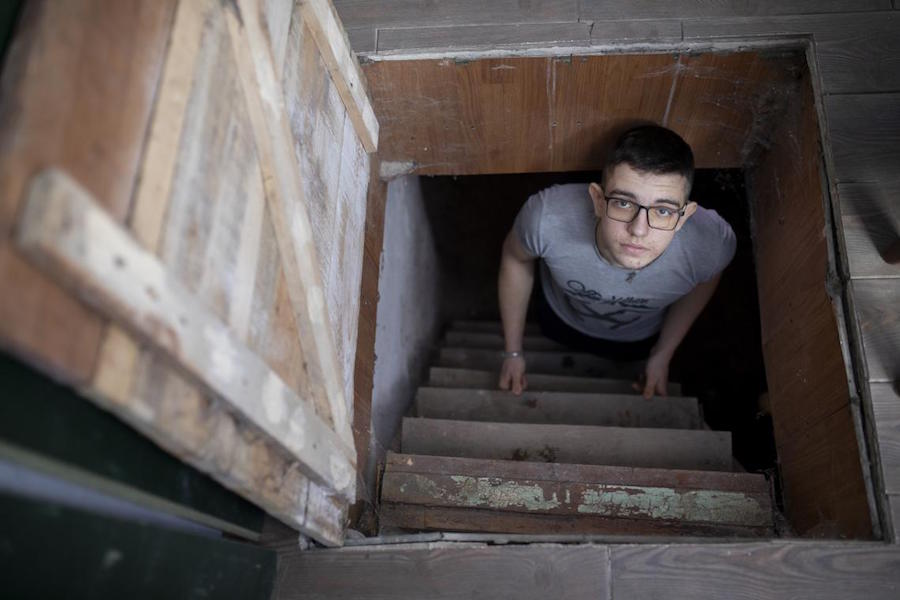 “If you have time to pack your belongings, you do it. If you don’t have time, you just run away," says Illia. "The sooner you leave the area, the better your chances of survival are.”

Illia says the one belonging he knows he will definitely take with him is a silver bracelet. In fact, he never takes it off his wrist. “It means a lot to me. It’s a present from my parents.” 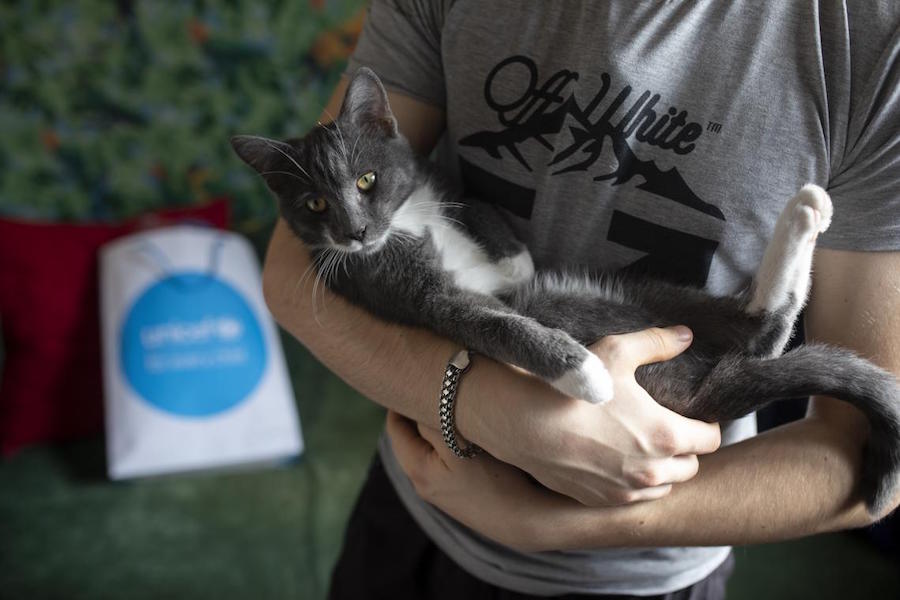 Every day, more than half a million children live, study and play in one of the most mine-contaminated areas in the world. Homes, schools, hospitals and crucial water and sanitation facilities have regularly come under attack.

This protracted crisis has already had a devastating effect on the psychological well-being of children. Now, unless the fighting subsides, many more families could be displaced, and thousands more children will be forced to make decisions that no child should have to make.

Since the beginning of the conflict, UNICEF has been working to provide psychological assistance and mine safety training to children, young people and their parents. UNICEF is continuing to work across Ukraine to scale up lifesaving programs for children, including trucking safe water to conflict-affected areas; prepositioning health, hygiene and emergency education supplies as close as possible to communities near the line of contact; and working with municipalities to ensure there is immediate help for children and families in need. Please donate.

Top photo: Nastia, 16, on February 10, 2022, in the cellar where she and her family plan to take shelter in eastern Ukraine. All photos © Aleksey Filippov for UNICEF