Born a Refugee, Model Halima Aden Is Standing Up for Migrant Children

UNICEF Ambassador Halima Aden says refugees need hope and opportunities, not pity: "What we want is to be invited to the conversation."

In honor of Black History Month, this story is part of a series highlighting the invaluable contributions of Black Americans and the broader African diaspora to UNICEF's work to support and protect children around the world.

All eyes were on model and activist Halima Aden at the Sherri Hill fashion show in New York City on February 8 when she walked the runway in a one-of-a-kind cyan blue — UNICEF's official color — couture gown with a matching hijab. Since Halima was named a UNICEF Ambassador in 2018, she has found many ways to share her passion for helping others and her own experience as a refugee to raise awareness and encourage support for UNICEF's global humanitarian relief work.

Last summer, Halima returned to Kakuma, the refugee camp in northwestern Kenya where she was born in 1997. Halima spent her early childhood in the sprawling settlement, home to 185,000 refugees and asylum seekers — the majority of them women and children — displaced by war, famine and persecution. "My biggest fear was not being able to recognize the place I called home for seven years," said the Somali-American model, who left Kakuma when her family received permission to move to the U.S. in 2004. "I kind of prepared myself for the worst."

I know millions of other people, other girls my age, they got to stay behind. They got to live their lives out here. And I escaped. I made it out. 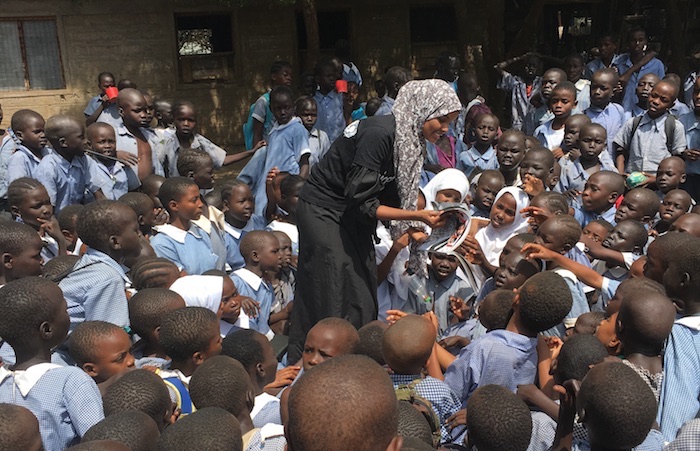 On a visit to Kenya's Kakuma Refugee Camp, where she was born in 1997, Somali-American model Halima Aden showed students her photo in a fashion magazine. © Julianne Feller for UNICEF USA

A lot has changed for Halima since she left Kakuma. When she was seven, she and her mother and younger brother received permission to emigrate to the U.S. As a high school student in St. Cloud, Minnesota, Halima, an observant Muslim, was voted homecoming queen and became the first contestant to wear a hijab in the Miss Minnesota USA pageant. "The hijab is a symbol that we wear on our heads, but I want people to know that it is my choice. I'm doing it because I want to do it," she told The Minneapolis Star Tribune. "I wanted people to see that you could still be really cute and modest at the same time."

At 19, Halima became the first hijabi model to sign with top modeling agency IMG. She has appeared in the pages of Vogue, Harper's Bazaar, Teen Vogue and Glamour and walked the runways in New York and Milan. When she's not in front of the cameras, she spends her time speaking to students about the importance of inclusion and acceptance by sharing her personal story."That's my whole point: You don't have to conform. You don't have to take off your scarf," she explains. "It always comes down to choice: Letting people live the kind of life they want to live." 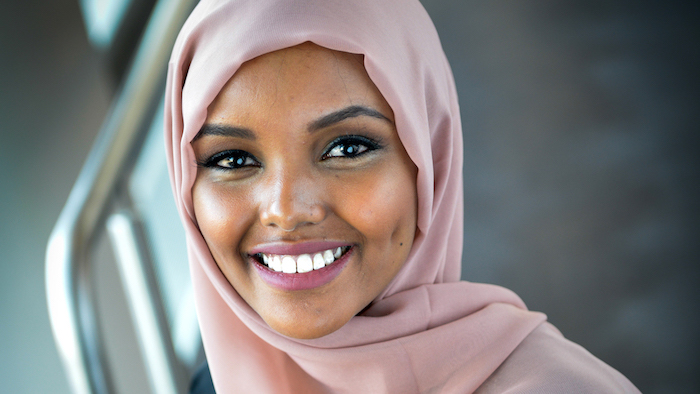 Unicef Ambassador Halima Aden was born in Kakuma Refugee Camp in northwestern Kenya, home to 185,000 refugees and asylum seekers from 19 countries fleeing war, famine and persecution. At 19, the Somali-American model became the first to wear a hijab in the Miss Minnesota USA pageant.  © Future Productions

Now more than ever — as thousands of Central American migrants continue to leave home in search of a safer future — Halima's experience as a refugee has inspired her to continue speaking out in support of migrant children everywhere, especially those who may be separated from their families. "I was a child refugee and I can't even imagine the trauma that would come from being ripped from my mother," she told Teen Vogue. "It leaves them vulnerable to exploitation and abuse. Child refugees are a nonpartisan issue."

I was a child refugee and I can't even imagine the trauma that would come from being ripped from my mother.

In 2017, Halima traveled to the Mexico-Guatemala border to learn how UNICEF supports and protects Central American children and youth fleeing gang violence, persecution and extreme poverty.  In June 2018, Halima officially became a UNICEF Ambassador, joining the ranks of P!NK, Selena Gomez and Lucy Liu. As a small child in Kakuma, she remembers that UNICEF's presence in the camp was a reminder that she was not forgotten. "Before I could sign my own name, when I was literally doing 'x' for my name, I could spell UNICEF."

What refugees want most, says Halima, is not pity but the opportunity to make a better life for themselves and their children. "What we want is to be invited to the conversation. Education, sanitation facilities, safe drinking water. Think of ways we can have that." 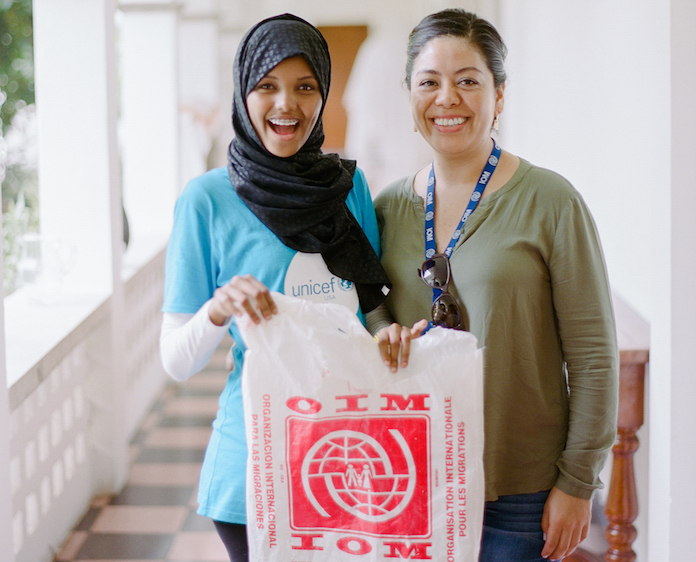 In 2017, Halima traveled to the Mexico-Guatemala border to learn more about UNICEF's programs supporting young migrants from Central America fleeing extreme violence who have been detained in Mexican shelters. When Halima and her family left Kakuma Refugee Camp in Kenya and emigrated to the U.S., the International Organization for Migration (IOM) gave her a plastic bag to hold her belongings. She saved the bag as a reminder of her years as a refugee, and brought it with her on her trip to visit migrant children and teens from Central America. © UNICEF USA

Help UNICEF support and protect refugee and migrant children around the world.