Today, relatively few Americans grasp the seriousness of polio, measles and tetanus, thanks to the success of routine immunization. But those whose lives have been touched by these diseases can never forget how damaging they can be — and how important it is to keep vaccinating.

It was late February, 1960 when measles crash-landed into Emmi Herman's childhood, putting her 9-year-old sister into a coma and destroying her chances at a full life. Her sister's measles turned into measles encephalitis — a dangerous swelling of the brain — a complication that occurs in roughly 1 in 1,000 cases.

The condition left her with a permanent brain injury and long-term physical and emotional difficulties. "My sister is childlike in many ways and cannot live independently," Herman, a children's book author from Searingtown, N.Y., told UNICEF USA. "I often wonder what our lives would have been like had she been able to get the vaccine." 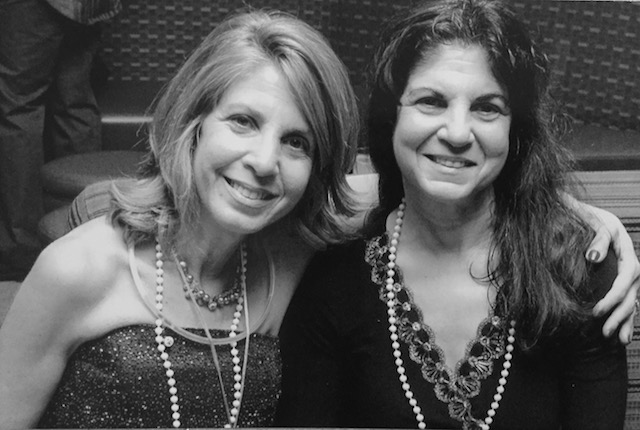 Emmi Herman (left), with her sister, who suffered a permanent brain injury after contracting measles at age 9.

Most of America seems to have largely forgotten just how serious measles can be — that it's more than spots on the face, and can cause permanent hearing loss and even death from pneumonia. The reason they've forgotten: routine immunization.

Before the measles vaccine was introduced in 1963, nearly all children got measles by the time they were 15; tens of thousands of patients ended up hospitalized and more than 400 died every year. Flash forward four decades, and annual cases had dwindled to a few dozen.

But in 2019, measles made a startling comeback — with vaccine hesitancy a major culprit — and health officials sounded the alarm, calling it a public health threat once again. That year, 1,282 cases of measles were confirmed in 31 states, according to the Centers for Disease Control and Prevention (CDC), the biggest spike reported in the U.S. since 1992. Meanwhile, the global spread of COVID-19 is straining health care systems and threatening to derail routine immunization programs.

It was after reading about a 2014 measles outbreak in California that Herman decided to share her story and become a vaccine advocate. "I learned that the reason it spread so fast was that immunization levels in the area had dropped, because parents were opting out," she recalled. "I thought I might be able to get through to those who are on the fence about vaccinating their children, and help convince them how important it is."

The CDC attributes the 2019 spike in measles cases to an increase in the number of people who caught it while traveling abroad and brought it back home; measles remains common in many parts of the world, including countries in Africa, Europe, Asia and the Pacific. Another reason: the ease with which the disease can spread within communities where there are pockets of unvaccinated people. This year, as in past years, the majority of people who have fallen ill were unvaccinated.

My sister got sick before there was a vaccine. Now that there is one, no child ... should have to endure the lifelong hardships.

"My sister got sick before there was a vaccine," Herman said. "Now that there is one, no child or family should have to endure the lifelong hardships that we have."

From polio victim to vaccine advocate

Polio, part of every parent's nightmare more than a half century ago, has been similarly vanquished stateside; the last indigenous case in the U.S. was in 1979. But polio is not a distant memory for Minda Dentler. Born in India in 1978, before polio immunizations were widely available there, Dentler contracted the disease as an infant and her legs became permanently paralyzed. Adopted from an orphanage by an American family and raised in Spokane, Wash., she remembers having to sit out while her siblings played sports.

Minda Dentler on her handcycle.jpg 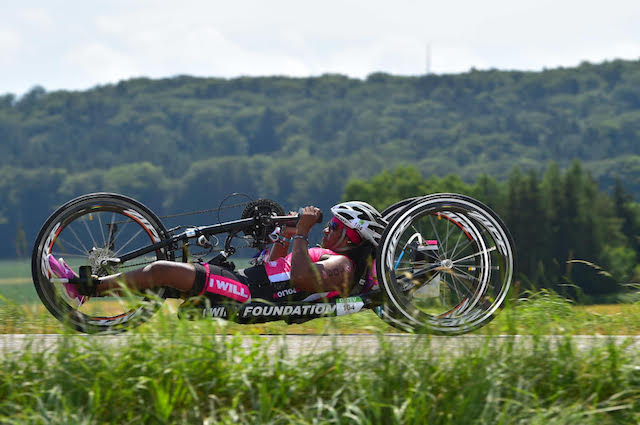 Minda Dentler, 41, who was paralyzed by polio when she was a baby, competing in Challenge Roth in Roth, Germany in 2015. Her role as Rotary ambassador and vaccine advocate is simple: "I can't change what happened to me, but I can help make sure other children are spared."

Dentler didn't sit out for long. As a young adult, she began training and in 2013 became the first female wheelchair athlete to complete the Ironman championship course. She also works full-time in the financial services industry, is married and has a 5-year-old child.

The day my daughter got her first polio vaccine, it hit me how completely different her life will be from mine.

"The day my daughter got her first polio vaccine, it hit me how completely different her life will be from mine," Denter told UNICEF USA. "Watching her running, hopping, kicking — doing all the things I can't do — only reinforces for me the need to keep vaccinating, to keep going until polio is gone for good."

As an ambassador for Rotary, a UNICEF partner and leader in the global eradication effort, Dentler traveled to India with other Rotarians in 2015, to participate in a national immunization campaign. (India eliminated polio within its borders in 2014; only two endemic countries remain: Afghanistan and Pakistan.)

Teaming up with the local health workers in poor communities near Kolkata and Delhi, and administering polio drops to some of the children, "felt like I was coming full circle," Dentler said. "I can't change what happened to me, but I can help make sure other children are spared. No one should have to live with the effects of polio when it's completely vaccine preventable."

While in India, Dentler said she was struck by the fact that many parents had to walk for miles and wait hours to get their kids vaccinated. In the U.S., "my generation seems to take vaccine access for granted."

A child's life touched by tetanus

Neonatal tetanus is another disease that has been effectively wiped out in the U.S., with only seven cases reported since 1980. Most people think of a tetanus shot as something you need when you step on a rusty nail, not a critical step in prenatal care. Caused by unsanitary conditions during childbirth, tetanus is almost always fatal in newborns and still kills approximately 34,000 babies every year.

Carrie Rhodes will never forget how her daughter nearly died from it. Rhodes was working at a children's hospital in China in 1997 when she met her, a 2-month-old baby girl who had had tetanus but was treated and, against all odds, survived. The nurses told her that the baby's parents had brought her in, but had left when she was still convulsing, probably believing she would not make it.

When I think of the nightmare those poor parents endured, how helpless they must have felt ... I ache.

"When I think of the nightmare those poor parents endured, how helpless they must have felt...I ache," Rhodes wrote in a moving account of how she came to adopt the baby. She named her Dani and brought her home to Seattle, where she grew up healthy and strong and is now a college student in Boston studying fashion merchandising. 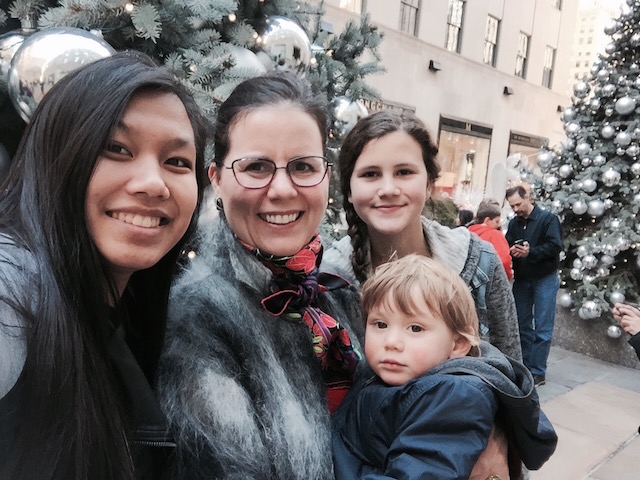 "It's gratifying to see that we're that much closer [to eliminating tetanus] and that fewer mothers and children will suffer," says Carrie Rhodes of Seattle, center, pictured here with her daughter Dani (far left), who survived tetanus as a baby, and her two other children, Lily and Eli.

Rhodes is a vocal supporter of Kiwanis International and The Eliminate Project, a partnership with UNICEF to end maternal and neonatal tetanus (MNT) worldwide. (She is also a UNICEF USA Northwest regional board member.) Thanks to global immunization efforts targeting women of reproductive age – just three doses of an inexpensive vaccine protects the mother and her future babies for the majority of her childbearing years – the number of newborn deaths from tetanus are down by 40% annually since fundraising for the partnership began in 2011, and the disease has been eliminated in 47 out of 59 at-risk countries since 1999.

"I get excited when I hear that another country has eliminated MNT," Rhodes told UNICEF USA. "It's gratifying to see that we're that much closer and that fewer mothers and children will suffer. I am surprised when people here in the U.S. don't vaccinate their children when they have the option to, and that we're seeing things like the [2017] mumps outbreak in Seattle. I can't believe that we even need to say it — that vaccines are important and save lives."

UNICEF works with partners to bring immunization to children around the world, and to make sure that children everywhere, not just in the U.S., can benefit. These efforts have helped reduce child mortality by more than half since 1990, saving an estimated 2 million to 3 million lives every year. There are other gains as well: a 2016 analysis found that by a $34 billion investment in immunization programs across 94 low- and middle-income countries yielded $583 billion in health savings — and $1.53 trillion in economic returns.

But to sustain these gains, full immunization coverage must be maintained. 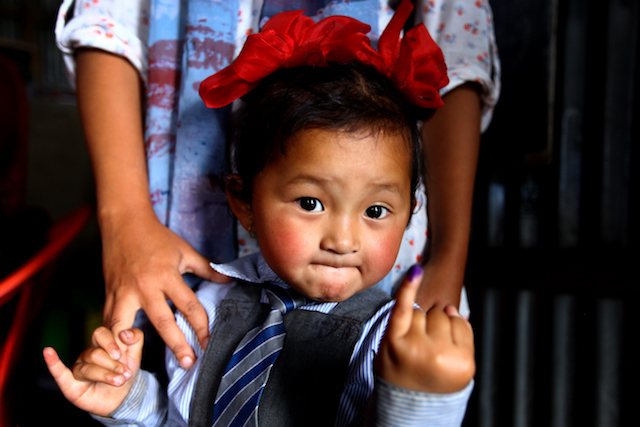 A young girl in Nepal displays her pinky, which has been inked to show that she has been vaccinated for measles, rubella and polio during a UNICEF-supported emergency immunization campaign following the April 2015 earthquake. © UNICEF/UNI199181/Panday

UNICEF USA is urging all supporters to join in honoring Vaccine Heroes – from parents and community members to health workers and innovators. Learn more about how Vaccines Bring Us Closer.