In the year since conflict broke out in northern Ethiopia's Tigray region, the violence has spread to neighboring Afar and Amhara, displacing more than 2 million people from their homes. Thousands of schools have been damaged or destroyed; many others are being used as emergency shelters, depriving children of their right to an education.

Overall, an estimated 3 million boys and girls across Tigray, Afar and Amhara have missed out on learning opportunities. The safe reopening of schools will require both the use of temporary school structures like tents, and identifying alternative shelters to which internally displaced people can relocate so students can return to school. 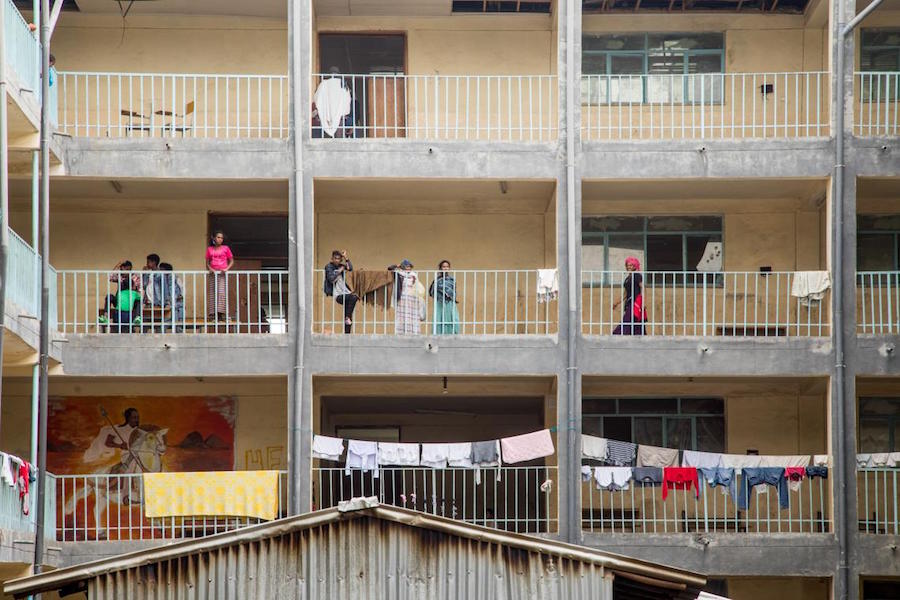 Above, internally displaced children and their families shelter in a school in Mekelle, the capital city of the Tigray region, on October 7, 2021. 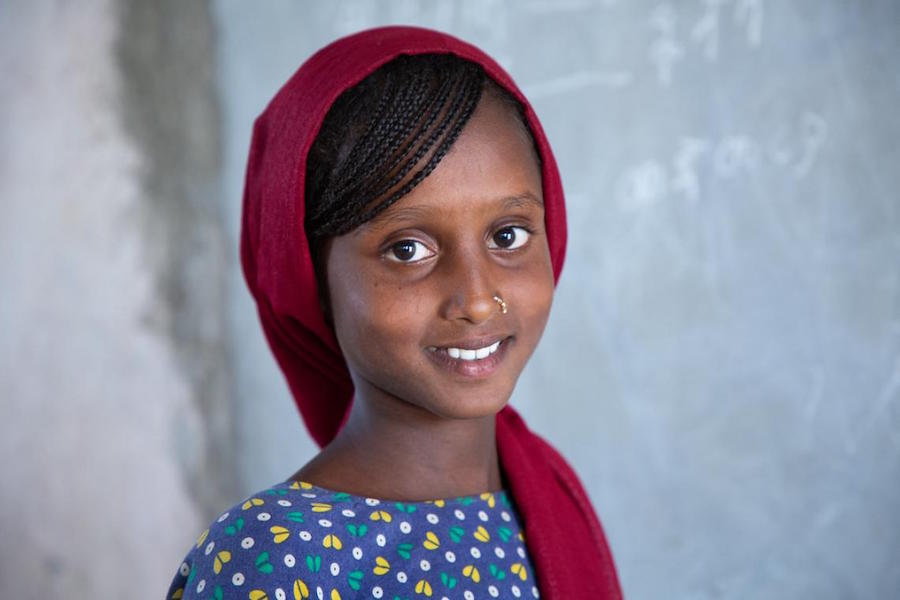 "Peace for me is going to school, being with friends and playing,” says 11-year-old Asya, above, whose family was forced out of their home by the conflict. They are now staying in the town of Chifra in Afar region.

“When I heard the gunshots, I was so frightened,” says Asya. “People in the neighborhood were running away … We walked up to a place called Askuma. Then we spent one day there and the next day, we came to Chifra.” 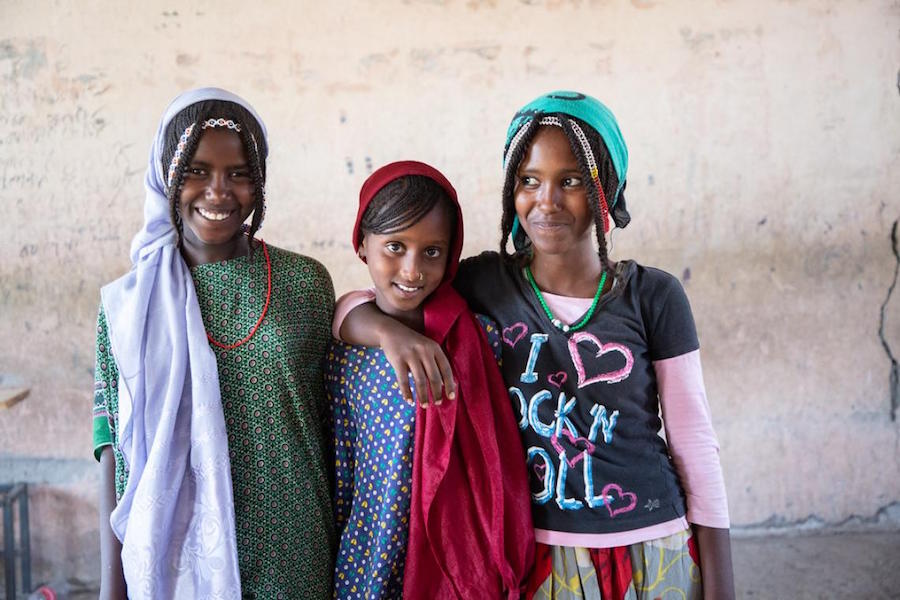 Asya and her family have rented a small place in Chifra. But she misses being with her best friends from home, and playing hopscotch with them. 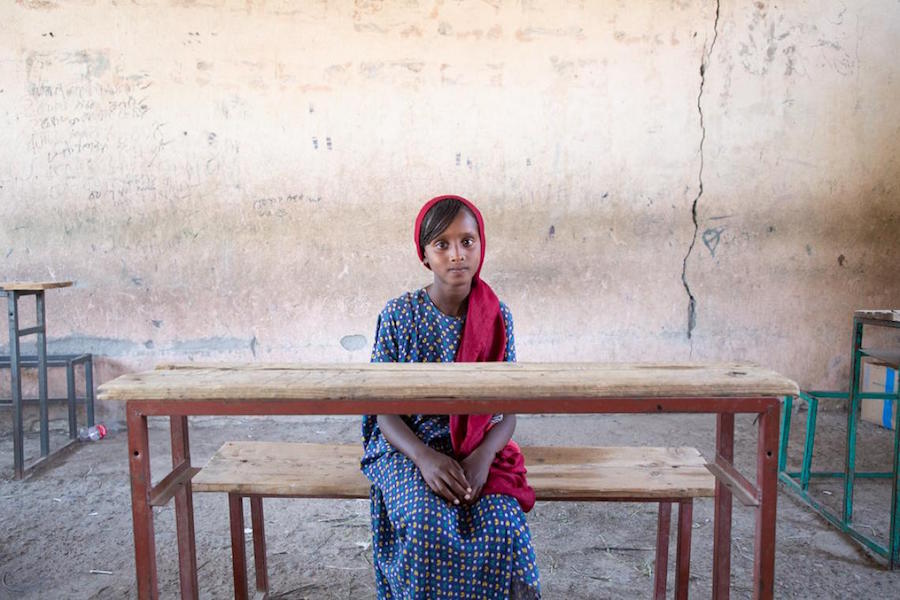 Asya is not sure when she will be able to go home again. She also worries about whether she'll be able to enroll in school or not in the new academic year. If she was still at home, she would be in grade 4. But the conflict changed all that. “I don’t want to miss out on my education," she says. "I want to go back to school.” Asya hopes to become a doctor so that she can treat people with illnesses. 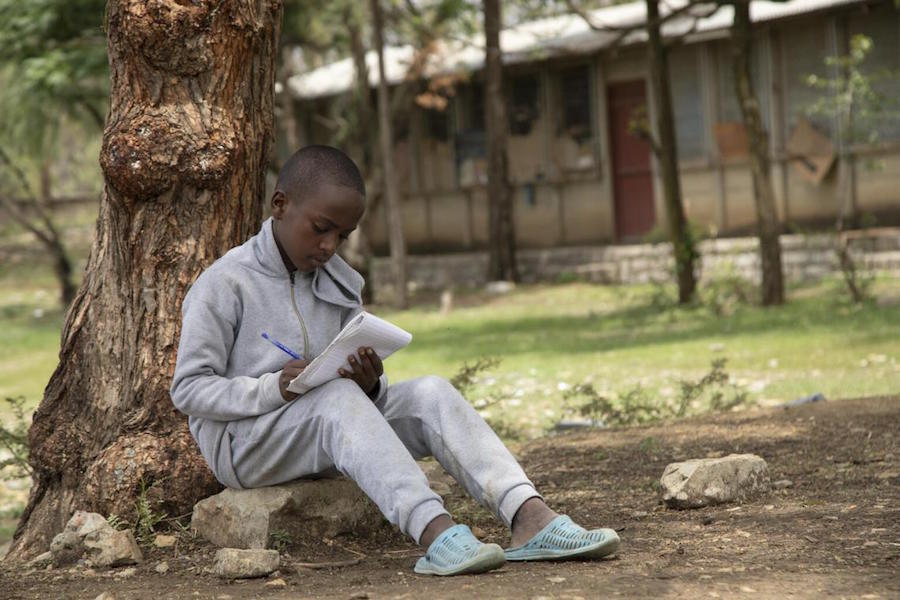 In Tigray region, 11-year-old Temesgen, above, smiles when he talks about how Mekelle University had promised to help him power the model airplane his science team designed at school. 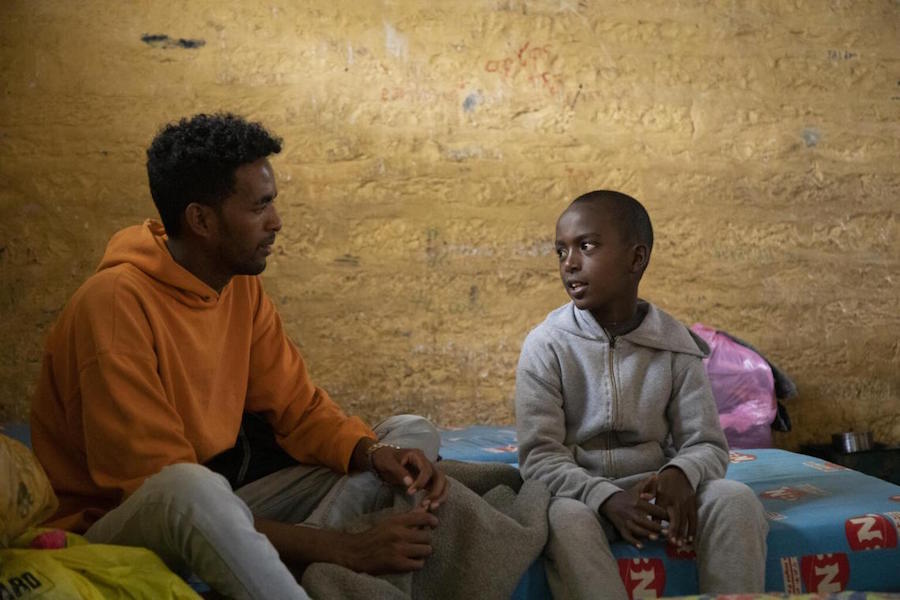 "When I think of my days at school, it is like a dream," says Temesgen, who wants to be a scientist. Temesgen's home, for now, is a classroom lined with mattresses, rather than desks and chairs, at the Hawelti Secondary School in Mekelle. Temesgen says he feels safe at the IDP (internally displaced persons) camp. “All the people living here are my parents. They are taking care of me.” 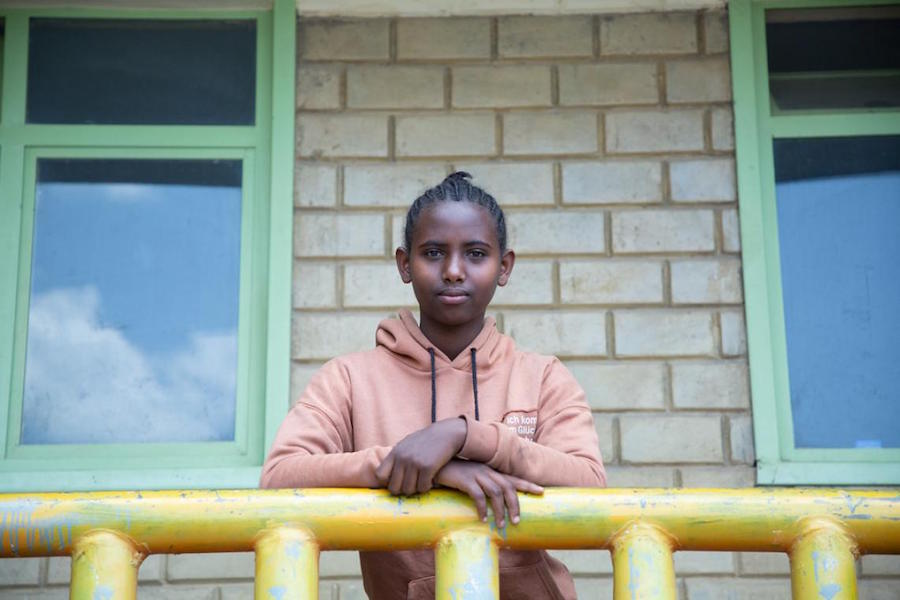 In Amhara region, 16-year-old Meseret, above, fled her hometown, Kobo, with her two younger brothers, leaving their mother behind after fighting broke out. They went to Dessie to seek shelter; they are staying in a school with many children who are separated from their parents.

“When the conflict started, bullets were raining on our house. Someone in the neighborhood was killed," says Meseret. "We were with our grandparents and we fled for safety ...  I think about my mother. We hear lots of rumors that people have been killed [in Kobo]. That worries me a lot.”

Meseret was attending school in the 7th grade, but she is not sure if she will be able to continue her education in Dessie or elsewhere. Though she doesn’t know where her childhood friends are, Meseret has made new friends who have also been displaced.

“Peace for me is being with family, friends and people you are familiar with," she says. "Peace means going to school and spending time with teachers and friends.”

UNICEF has been on the ground in Ethiopia since the conflict began, providing children with critical humanitarian assistance. As of September 2021, UNICEF and partners had reached 142,983 children across emergency-affected regions in Ethiopia with formal and nonformal education. Integrated education and child protection programs deliver fundamental services combining accelerated learning and school readiness, health care and psychosocial development.

UNICEF and partners have built temporary learning spaces, delivered solar radios to provide distance education for out-of-school children and sent school equipment and learning materials to schools affected by the crisis. Training programs help teachers identify children in distress and provide required support to help students get back on track.

For children in emergencies, education is about more than the right to learn. Schools protect children from the physical dangers around them – including abuse, exploitation and recruitment into armed groups. They provide children with lifesaving access to nutrition, safe water, health care and hygiene supplies. And they offer psychosocial support, giving children the stability and structure they need to help them cope with the trauma they experience every day.

UNICEF is rushing aid to children affected by the crisis in Ethiopia. You can help.

Learn more about how UNICEF is helping children affected by armed conflict in Ethiopia.

Top photo, from left: Asya, 11, Temesgen, 11, and Meseret , 16, are among the more than 2 million people displaced by conflict in northern Ethiopia across the regions of Tigray, Amhara and Afar. Fourteen million children are in need of humanitarian assistance. © UNICEF Ethiopia/2021