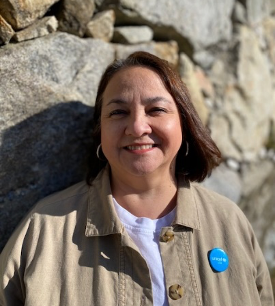 Darla M. Silva is an experienced senior advisor with a demonstrated history of working in child focused international organizations. As the Chief Global Programs Officer, Darla provides direction, vision and voice to organizational leadership on UNICEF USA program strategy, trends, and priorities. She leads the engagement with UNICEF through development of program content including proposals, reports, virtual visits, briefings and in-country visits.

Prior to joining UNICEF USA, she was a Senior Advisor at UNICEF in the Public Partnerships Division (PPD), where she led UNICEF’s partnership engagement with the US government, with a portfolio of over $800 million annually.  Previously she led the Humanitarian Financing Unit in UNICEF and led the operations for the front office of UNICEF Executive Director Anthony Lake.  From 2006 to 2010, she worked as a Humanitarian Affairs Officer at the United Nations Office of the Coordinator for Humanitarian Affairs (OCHA) in Geneva, where she helped coordinate consultations on humanitarian policy issues and served on a surge roster with deployments to Indonesia and Pakistan.

Before joining the United Nations, she was the Deputy Director of Public Policy and Advocacy at UNICEF USA in Washington DC and worked as the Washington Liaison for the Women's Refugee Commission.

Originally from New Mexico, she is a long-time children's advocate and served as counsel to US Senator Richard J. Durbin (D-IL) on the United States Senate Judiciary Committee.  She also worked as a Children's Court Attorney in New Mexico handling child abuse and neglect cases.

She lives in Westchester County, New York with her husband, William New and their son, Alex, who studies Film and Media at Middlebury College.