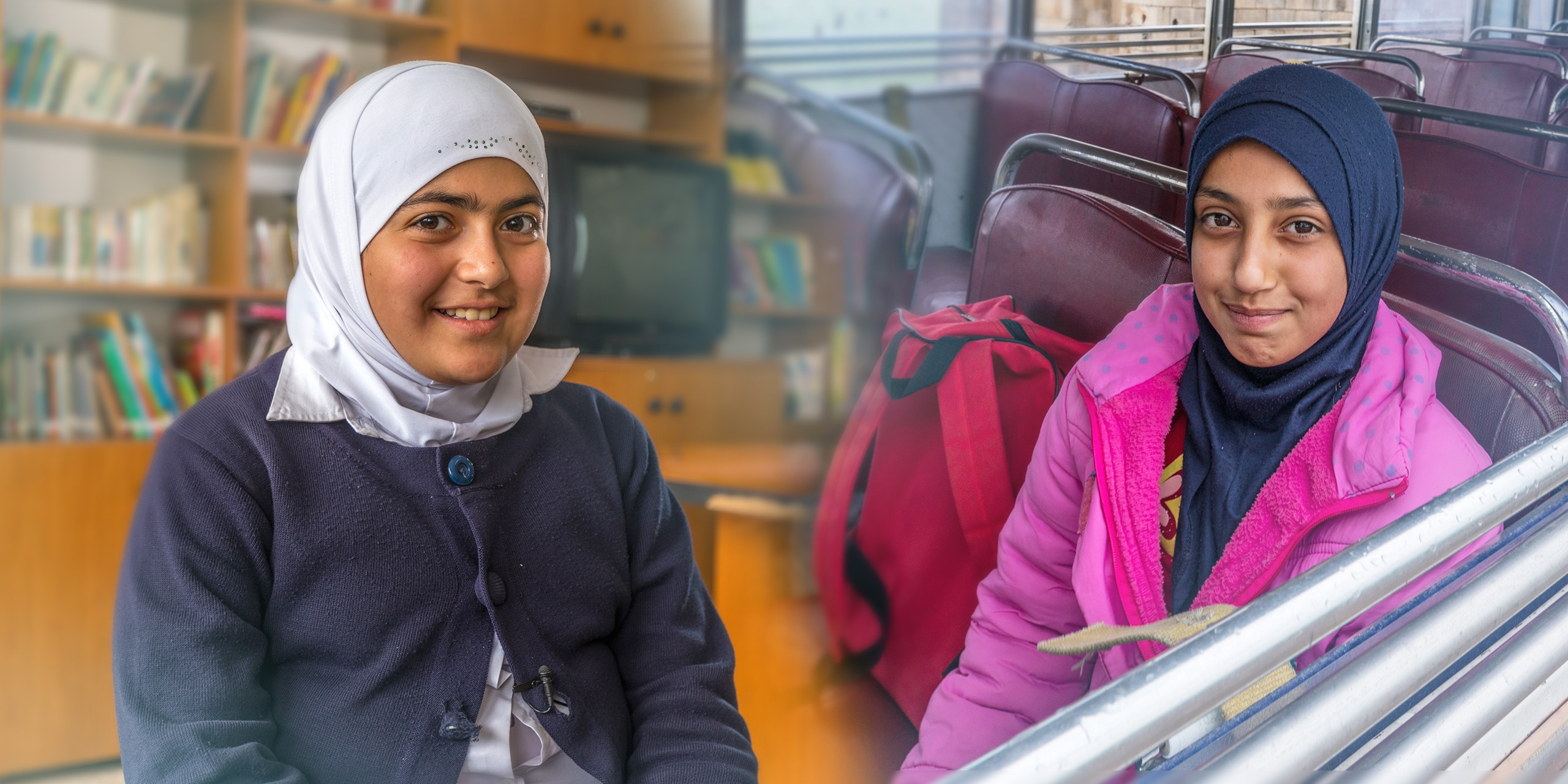 Watch Marah’s story and learn more about how CFJ is working to ensure more Syrian refugee children don’t end up part of a lost generation.

The war in Syria, which started in 2011, has driven some 2.5 million children from home into neighboring countries. Of that number, 700,000 of them are unable to go to school.

Thanks to its partnership with UNICEF USA, the Clooney Foundation for Justice has helped to ensure that 12-year-old Marah is not one of them. Originally from Deraa in Syria, Marah and her family fled to Lebanon to wait for the conflict to die down, thinking they’d be home in a matter of days. But as the days turned into months, and the family waited in limbo, Marah and her parents began to despair over what would come of her future.

With the world’s highest per capita refugee population, Lebanon has been particularly impacted by the more than one million Syrian refugees now living within its borders. The influx has doubled the number of children seeking public education, taxing resources, particularly schools. Both refugee children and Lebanese students alike have suffered.

To help Lebanon bear that burden, the Clooney Foundation for Justice formed a $2.25 million partnership with UNICEF USA, which includes a generous donation from Google.org, and a $1 million technology grant from HP. Since the partnership launched in 2017, 2,800 Syrian children like Marah have gone back to school, giving them and their families hope for a brighter future. 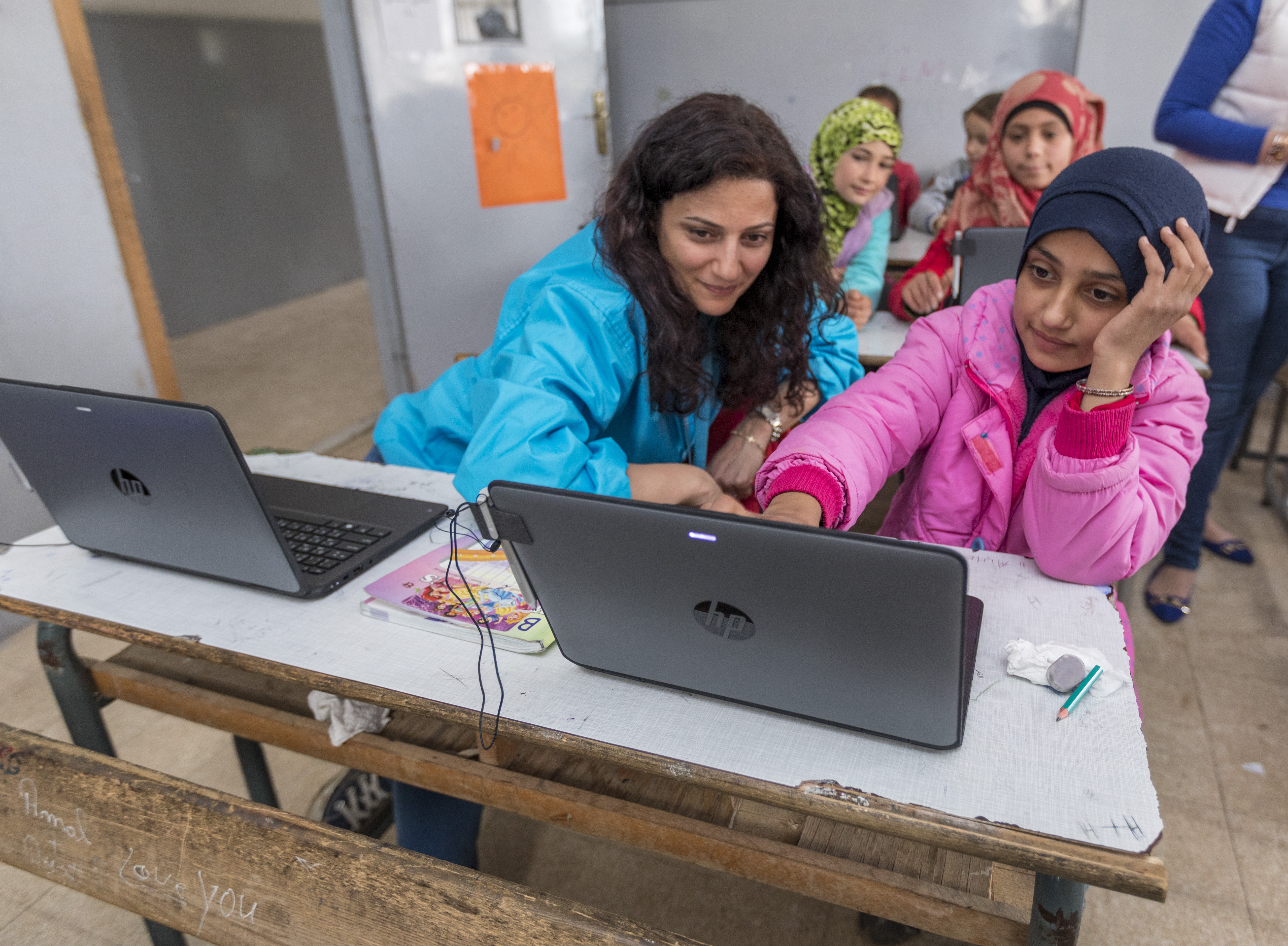 Seeking justice for those in need is familiar territory for the Clooneys. The Clooney Foundation for Justice was established in late 2016 by George and Amal Clooney to advance justice in courtrooms, classrooms and communities around the world.

“Thanks to their contribution, those children are receiving the education, in a second shift,” reports Tanya Chapuisat, of UNICEF Lebanon. “They're also getting transport, homework support, the whole package of support that UNICEF can provide to Syrian refugee children. Thanks to the Clooney Foundation for Justice, these children are attending school.”

Vulnerable Lebanese children are benefiting as well. With UNICEF and partner help, Lebanon’s Ministry of Education strengthened its 1,283 public schools so Syrian and Lebanese could learn together. As a result, during the 2016-2017 school year, nearly 230,000 were able to get an education.

“UNICEF is here to deliver and support all children living in Lebanon — be they Syrian, Lebanese or Palestinians,” says Chapuisat.

“We've been here from the beginning of the crisis and we'll be here after the crisis, both supporting the emergency response, but also the Lebanese children, especially those vulnerable, to have a better life.”

Violence Against Women Is an Issue That Concerns Us All
Home is a battleground for a shocking number of women and girls worldwide: 50,000 were killed last year by partners or family members.

Women Are Working Together to Support Girls Worldwide
UNICEF is partnering with women's groups like Zonta International and Dining For Women to improve the lives of girls around the world.

"When You Have an Education, Nobody Can Take It Away from You"
UNICEF 's youngest Goodwill Ambassador, Syrian education activist Muzoon Almellehan, has a message for girls everywhere: Stay in school.