UNICEF-supported clubs give adolescents a forum to discuss personal safety, early marriage and the dangers of drugs and trafficking.

In August of 2017, more than 700,000 Rohingya fled from their burning homes in Myanmar's Rakhine state to seek refuge in neighboring Bangladesh. Today, there are close to 1 million Rohingya living in refugee camps in Cox's Bazar, Bangladesh — and an estimated 500,000 of them are under 18.

UNICEF partner organization CODEC has established youth clubs in order to reach these children. In addition to being platforms through which UNICEF can provide crucial information about some of the dangers of life in the camps, the clubs give children a space to discuss their lives as refugees.

Concern over the safety of women and children is widespread; trafficking has grown to the point where women, and especially young girls, are advised to stay indoors after dark.

Marjahan Rumi works as a child protection specialist in the Lambasia refugee camp, where she runs a youth club that gives special attention to young girls from both the Rohingya and Bangladeshi communities. Rumi wants this club to be a place where girls can discuss the problems they all share, regardless of their background. "We talk to them about issues such as early marriage, which is common in both communities," she says.

Topics at these meetings range from cute boys to the pressing concerns of drugs and human trafficking, which affect everyone living in Cox's Bazar. Concern over the safety of women and children is widespread; trafficking has grown to the point where women, and especially young girls, are advised to stay indoors after dark. 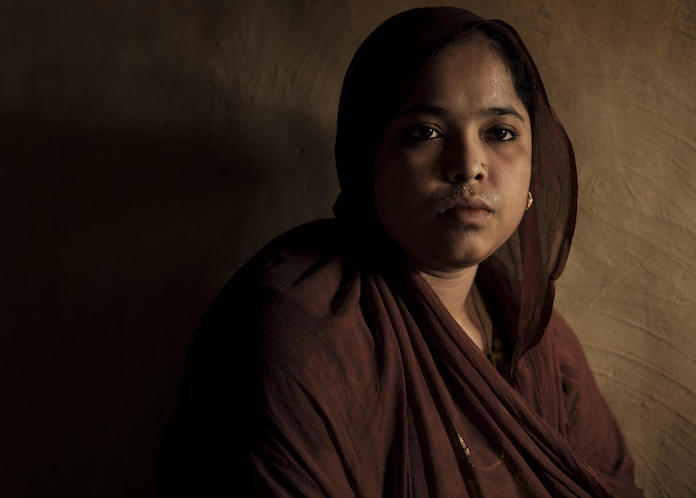 The father of Rohingya refugees Shahina, 17 (above), and her younger brother, 15-year-old Abdullah, paid traffickers to smuggle the pair from Cox's Bazar, Bangladesh to Malaysia. The smugglers locked the siblings in the basement of a house and beat them until relatives agreed to pay a ransom for their release. © UNICEF/UN0326920/Brown

Shahina, 17, and her younger brother, 15-year-old Abdullah, were abducted by men who had promised to smuggle them out of the refugee camp. "They called my father and demanded more money," she recalls. "And then they started beating us. It was terrifying." Ten arduous days after their abduction, relatives of Abdullah and Shahina paid their ransom, and the children were set free.

[The traffickers] called my father and demanded more money," says 17-year-old Shahina. "And then they started beating us. It was terrifying.

Brothers Imam, 27, and 21-year-old Jahiruddin Hosain have built a bathroom adjacent to their house in an attempt to keep their sister and mother safe from abduction. They don't want their mother to walk down the gully floor or for their younger sister to leave the house after sunset to bathe. "It's a slight improvement for all the family," says Imam. 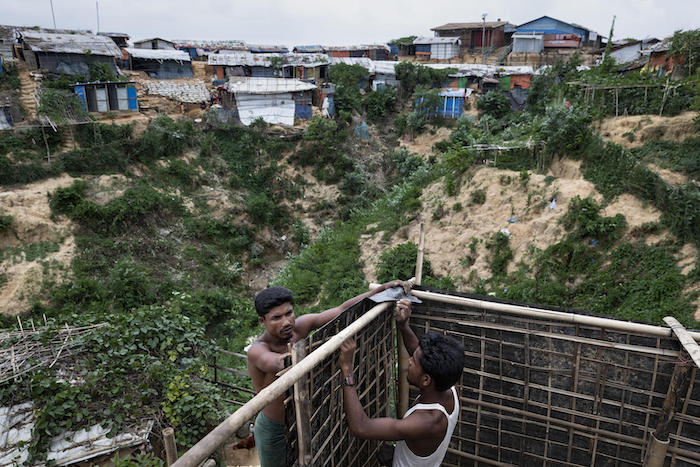 Concerned for the safety of their mother and sister, brothers Imam (left), 27, and Jahiruddin Hosain, 21, built a bathroom for their family members in the hilly Hakimpara Rohingya refugee camp in Cox's Bazar, Bangladesh. © UNICEF/UN0326938/Brown

The UNICEF-supported installation of solar panels in many camps — including Kutupalong-Balukhali, Bangladesh's largest refugee settlement  — means many are aglow until 6 PM. The solar-powered lights allow people to trade at the markets and collect water from local wells at night.

However, away from the main streets, the shadowy alleys and dark, narrow passageways are dangerous places. Fifty-seven percent of households report that women feel unsafe using latrines at night. The risk of abduction permeates the warm nights of Kutupalong. 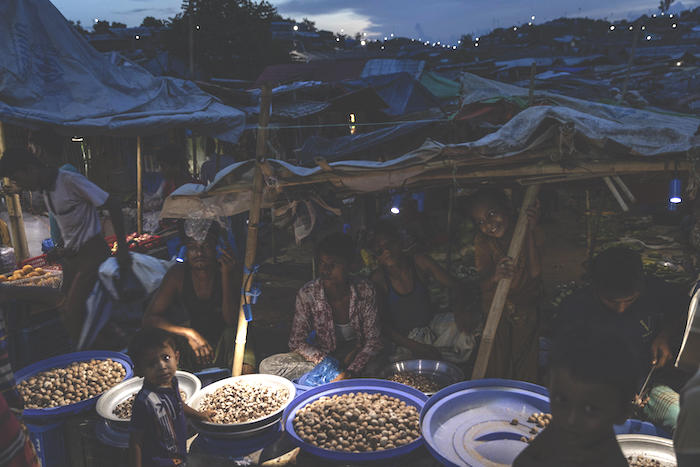 The International Organization for Migration (IOM), a sector of the United Nations, identified 420 cases of human trafficking in the region between December 2018 and June 2019, a fourfold jump from the previous 14 months. Though this figure does not represent the total number of abductions, it does represent a dramatic increase in the number of people coming forward. The IOM attributes this rise to informative programs, such as the CODEC youth clubs, where victims have found a forum in which to share their stories.

The adolescent clubs are also valuable for building bridges between the Rohingya and Bangladeshi communities.

The adolescent clubs are also valuable for building bridges between the Rohingya and Bangladeshi communities. Though the two groups share many cultural similarities, Bangladesh is struggling economically to support the Rohingya refugees, and the strain is taking a toll on their relationship.

In August, two Rohingya men accused of murdering a Bangladeshi party official, Omar Faruk, were killed in a gunfight with the police. Now, the need to strengthen social ties between the two groups has emerged as a major priority. 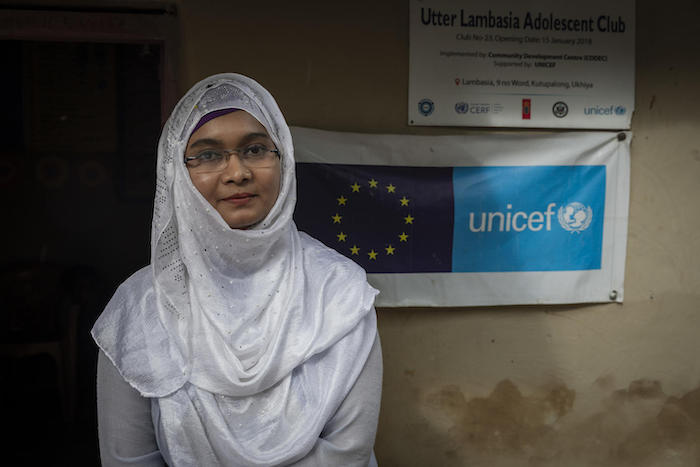 Rumi, the child protection specialist, says that one of the main objectives of the youth club is to help Rohingya and Bangladeshi children become comfortable with one another, to open up and find common ground.

Yasmin, a 12-year-old Bangladeshi national, and Showkat, a 15-year-old Rohingya refugee, attend a youth club together at the Lambasia refugee camp.

Amidst the brutality of the adult world, young people all over Cox's Bazar bond over the dramas of adolescence.

"At the beginning, it was hard to make Rohingya friends even though we are similar in terms of culture and religion," says Yasmin. However, with the help of these clubs, that is changing.

"As the days pass," says Showkat, "my Bangladeshi friends are increasing." People like Rumi are helping individuals find friendship through their shared experiences. And often, this means talking about something as thrillingly mundane as a new crush. Amidst the brutality of the adult world, young people all over Cox's Bazar bond over the dramas of adolescence.

For over 70 years, UNICEF has been putting children first, working to protect their rights and provide the assistance and services they need to survive and thrive. With a presence in 190 countries and territories, UNICEF has helped save more lives than any other humanitarian organization in the world.

Top photo: 12-year-old Yasmin (left), a Bangladeshi national, and Showkat, 15, a Rohingya refugee, both attend a UNICEF-supported adolescent club in Lambasia refugee camp, Cox's Bazar, Bangladesh on June 24, 2019. Young people from both the refugee and host communities find common ground by discussing issues like early marriage, relationships with boys and the dangers of drugs and trafficking. "As the days pass, my Bangladeshi friends are increasing," says Showkat. © UNICEF/UN0327542/Brown