With communications fragile after a deadly earthquake, Haiti's young U-Reporters stepped up as real-time news gatherers and frontline rescue workers.

In the hours after a major earthquake rocked southwestern Haiti on August 14, communications were fragile and reliable information hard to come by. Armed with their cell phones, Haiti's young U-Reporters took to the streets in places like Pestel and Jeremie in Grand'Anse, sharing live updates from the field and pitching in to assist the injured and clear debris from damaged houses.

"I am in the market area. I was helping the injured, bringing out the dead," U-Reporter Wadlet Merant says in the video above, recorded not long after the quake hit. "Pestel is completely destroyed. Lots of tears." 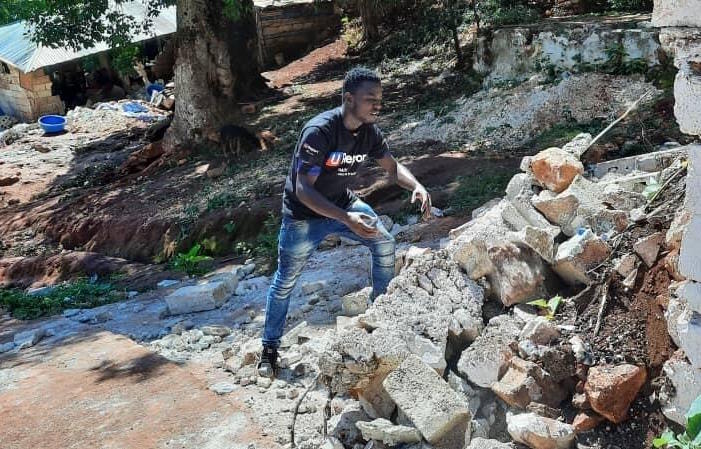 UNICEF launched U-Report in Haiti in 2019 with financial support from Canada. By early 2021 there were more than 21,000 subscribers spread out across the country. U-Reporters in Haiti have used their cell phones to share opinions and real-time data on a variety of issues, ranging from violence against children during the COVID-19 pandemic to child labor laws.

Since the onset of the #earthquake, young U-Reporters of Pestel in Grand'Anse, assist the injured and help families take off the rubble. #Haiti

Official reports indicate more than 1,940 people were killed and 9,900 injured in the magnitude 7.2 quake. More than 115,000 houses have been damaged or destroyed, along with public infrastructure, including hospitals, schools and bridges. Fearing cracks in buildings and aftershocks, many people are sleeping outside.

With many still missing, the search for survivors continues despite torrential rains, flooding and mud slides caused by Tropical Depression Grace. "Last night, I saw strong winds and heavy rainfall strike the same areas already affected by the earthquake," UNICEF's Representative in Haiti, Bruno Maes said from Les Cayes on August 17. "Countless Haitian families who have lost everything due to the earthquake are now living literally with their feet in the water due to the flooding." 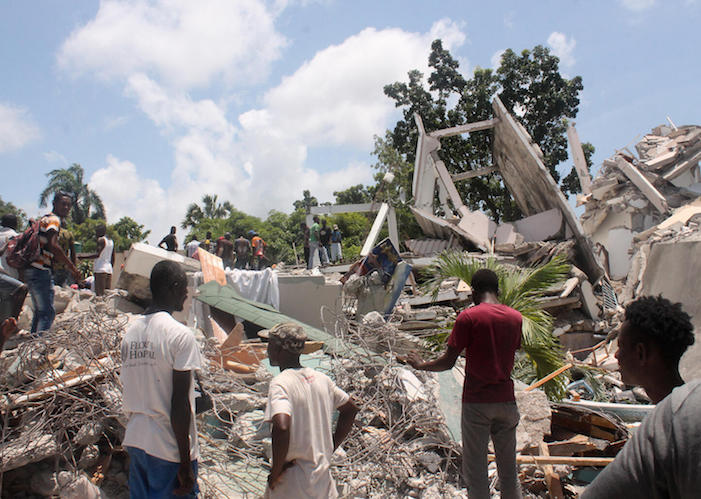 People search through the rubble of what used to be the Manguier Hotel in Les Cayes, southwest Haiti. © UNICEF/UN0502603/Louis/AFP

UNICEF is rushing emergency supplies to those in need

Within 24 hours after the quake, a UNICEF convoy had rushed medical kits — containing emergency supplies for approximately 30,000 people — to hospitals treating the injured in Les Cayes. UNICEF staff are working closely with the government to prevent family members from becoming separated and to ensure the protection of children. 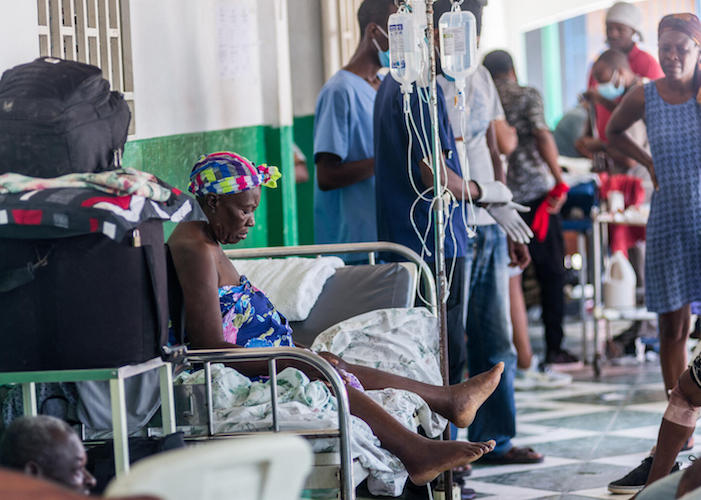 An injured woman rests on a bed at a hospital in Les Cayes on August 15, 2021, after a 7.2-magnitude earthquake struck Haiti's southwest peninsula. © UNICEF/UN0502829/Louissaint JR/AFP

"Little more than a decade on, Haiti is reeling once again." — UNICEF Executive Director Henrietta Fore

"Little more than a decade on, Haiti is reeling once again. And this disaster coincides with political instability, rising gang violence, alarmingly high rates of malnutrition among children and the COVID-19 pandemic — for which Haiti has received just 500,000 doses, despite requiring far more. It is now especially urgent to reach those impacted by the earthquake with vaccines." A young mother looks on as her daughter, injured during the earthquake, rests at a hospital in Port-Salut, Haiti on August 16, 2021. © UNICEF/UN0502967/Louissaint JR/AFP

Despite security and logistical challenges, UNICEF will continue providing aid, utilizing emergency supplies that have been pre-positioned in warehouses across the country. Please donate to support UNICEF's lifesaving work in Haiti.

For more information on how UNICEF is responding to the urgent needs of children and families in Haiti, read UNICEF's latest situation report.

Top photo: People look for survivors in the rubble in the neighborhood of Dexia 6, Les Cayes, Haiti on August 15, 2021, after a 7.2-magnitude earthquake struck Haiti's southwest peninsula. © UNICEF/UN0502809/Louissai