Why Detaining Children Is Harmful

Separation and detention rob children of their childhoods and cause toxic stress.

There is a lot of uncertainty surrounding the separation of children from their parents along the United States' southwestern border, but one thing is clear: family separation is traumatic for all involved.

"There is a documented impact of being detained," says Caryl Stern, President and CEO of UNICEF USA. "Parents and caregivers are a steady force in these children's lives, so when they are effectively ripped from the arms of their protector, of course that is extremely worrisome."

Detention of children, even with their parents, is a threat to children's well-being — it puts them at risk of exploitation and abuse, denies them access to meaningful health care, and harms their ability to play and learn. Detained children experience toxic stress that can cause long-lasting harm.

"It is well known that childhood trauma and adverse childhood experiences created by inhumane treatment often create negative health impacts that can last an individual's entire lifespan," James L. Madera, M.D. wrote on behalf of the American Medical Association in a letter urging the Administration to withdraw its policy. Photos of detained children in distress at the border, images of children in cages inside a U.S. Border Patrol facility and audio released this week that captured their anguished cries underscore the magnitude of the injury these children have suffered on U.S. soil.

Suddenly separated from their parents, children as young as 4 months are so shellshocked, they cry themselves to sleep. "They wake up from their naps and again they're crying for their mom, asking 'Where's my dad?'," Chris Palusky, Chief Executive Officer of Bethany Christian Services, a foster care and adoption agency that has a federal contract to house immigrant children, told the Associated Press. "They absolutely need their parents right now." 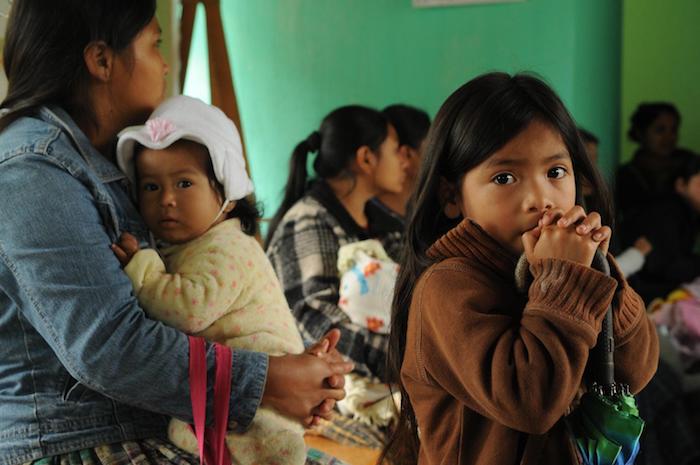 Driven from their homes in Central America by violent gangs and crushing poverty, some families risk everything to seek safety for their children in the U.S. A mother and her children wait for services at a UNICEF-supported health center in Cobán, Guatemala. © UNICEF/UNI139052/Markisz

Behavorial health experts agree. The tender age of these children forced to endure great hardship without their parents' protection poses grave danger to their futures. According to Harvard University's Center on the Developing Child, dependable and responsive interactions with a parent and other adults is critical to a child's healthy emotional and cognitive development while chronic or extreme adversity can interrupt normal brain development.

"A parent is really in many ways an extension of the child's biology as that child is developing," Columbia University psychology professor Nim Tottenham told The Los Angeles Times. "That adult who's routinely been there provides this enormous stress-buffering effect on a child's brain at a time when we haven't yet developed that for ourselves. They're really one organism, in a way."

Research at Harvard’s Center on the Developing Child has shown that supportive parents help children learn to cope with the everyday challenges that contribute to stress. A parent’s loving care is crucial to a child’s recovery from the physiological impacts of a real or perceived threat. Under normal circumstances, an increase in heart rate and blood pressure and the release of cortisol and other stress hormones place a strain on a child’s system but with a parent’s support, their bodies return to normal. When children are forced to endure adversity without that nurturing, excessive cortisol can become toxic to developing brain circuits. 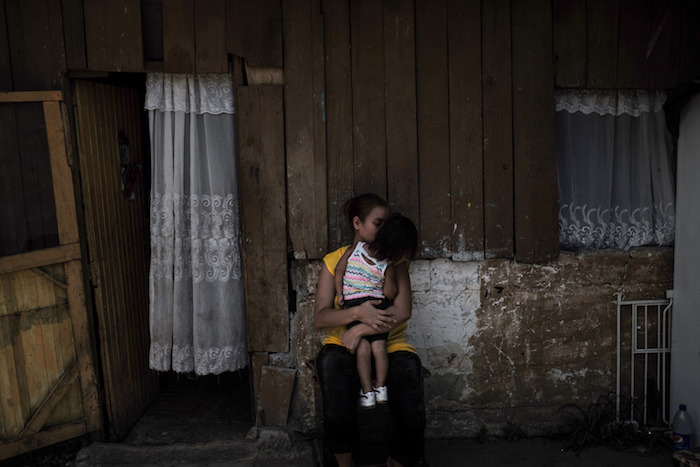 A mother and child in La Victoria, Honduras. Four sons and one grandson were killed the same night in the house across the street. © UNICEF/UN028161/Zehbrauskas

Those are frightening potential outcomes for children and the parents who brought them to the U.S. in hopes of a safer future. But the sad fact is that the trauma inflicted by separation and detention only compounds the psychosocial stress many of the children have already experienced in their home countries. UNICEF estimates that 6.3 million children from Latin America and the Caribbean are growing up amidst life-threatening situations and multiple forms of violence.

An estimated 6.3 million children from Latin America and the Caribbean are growing up surrounded by violence and crime

A study conducted by UNHCR, the United Nations Refugee Agency, to map the reasons why children are displaced in Mexico, Honduras, El Salvador and Guatemala found that 48 percent of children interviewed had been personally affected by organized crime, including drug cartels and gangs, or by armed government actors. Twenty-one percent confided suffering abuse and violence at home. Among children interviewed in Mexico, 38 percent were found to be vulnerable to recruitment or exploitation by human traffickers. 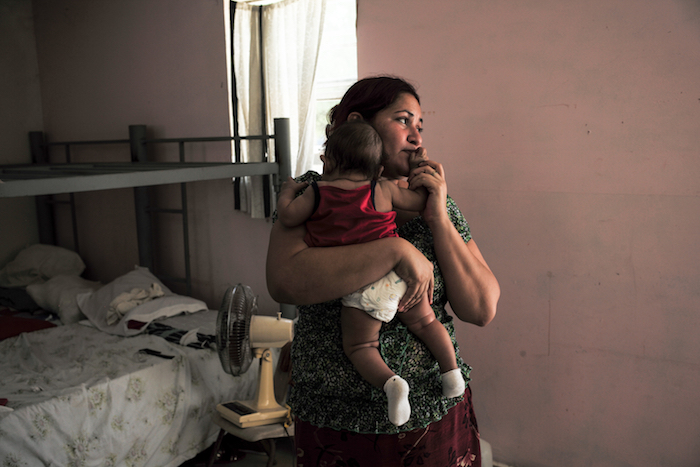 Sara, 32, with her 4-month-old baby girl, April, at the Senda de Vida shelter in Reynosa, Mexico. Sara left Honduras pregnant, hoping to reach her sister in Alabama before the baby was born. April was born in Tapachula, Chiapas on the Mexico/Guatemala border. "I'm not going back," she says. "I'm not going back to the same." © UNICEF/UN030724/Zehbrauskas

"Here, we live in fear," 15-year-old Nehring told UNICEF staffers in 2016, describing his gang-run neighborhood in northern Honduras. His sister was grabbed by unknown assailants and killed. Outside his local youth outreach center, five teenagers — ages 14 to 19 — were gunned down in the street. The grocer around the corner was shot. He confided that he was planning to try to make his way to the U.S. soon, in hopes of safety and a better life.

Accounts like Nehring's explain why so many families would risk the dangerous journey to the U.S. — not for jobs or a higher standard of living, but to save their children's lives. Yet once families and children seeking asylum arrive in the U.S., there is no guarantee that they can get relief or even stay together, despite the fact that Article 9 of the Convention on the Rights of the Child (CRC), the fundamental international framework for the rights and protection of children, states that children should never be separated from their parents except when it is in the best interests of the child. What's more, the CRC asserts, if children become separated from their family, they merit special protection. The reality greeting immigrant children coming to the U.S. either alone or with their families has been found to fall shockingly short of CRC expectations and those of the American Academy of Pediatrics (AAP).

The AAP demands that “From the moment children are in the custody of the United States, they deserve health care that meets guideline-based standards, treatment that mitigates harm or traumatization, and services that support their health and well-being.”

But in March 2017, the AAP reported that Department of Homeland Security facilities do not meet those basic standards for the care of children in residential settings, citing a "lack of bedding, (e.g. sleeping on cement floors), open toilets, no bathing facilities, constant light exposure, confiscation of belongings, insufficient food and water, lack of access to counsel and a history of extremely cold temperatures."

According to government officials, there is no clear plan yet for reuniting children separated from their families at the border.

As the number of children in detention in the U.S. grows, UNICEF and UNICEF USA are mobilizing to meet the children's evolving needs. UNICEF USA, in consultation with partners, will work to support the strengthening and expansion of partners' good work and existing protection measures for immigrant children who have crossed the border in the U.S.

Learn more about how UNICEF USA is working to keep families together and mobilizing to support and protect immigrant children in the U.S.