Want to Change the World? Send a Child to Preschool.

Perhaps the greatest gift a child can receive is the chance to go to a quality preschool or kindergarten program. Yet despite the proven and lifelong benefits, more than 175 million children — around half of the world's young children — are not enrolled in any form of early childhood education, missing a critical window of development and setting up deep inequalities from the start.

In low-income countries, the picture is much bleaker: only one in five young children are enrolled in any form of pre-primary education. And for too many children who do attend preschool or kindergarten, poorly trained educators, overcrowding and poorly designed lessons diminish the quality of their experience. Children deprived of quality early learning opportunities are at a distinct disadvantage, academically and socially. By the age of 6, more than 85 percent of a child's brain development is already in place. "In kindergarten, they teach us the letters and the numbers, and we play together," says Mohammad, 6, who goes to a UNICEF-supported kindergartn for Syrian refugees living in Jordan's Za'atari Refugee Camp. "When I grow up, I want to become a policeman and I am going to drive their beautiful cars with all the lights and sirens." A World Ready to Learn: Prioritizing Quality Early Childhood Education, UNICEF's first ever global report on pre-primary education, reveals that children enrolled in at least one year of pre-primary school are more likely to develop the critical skills they need to succeed in elementary and secondary school, less likely to repeat grades or drop out of school, and therefore more able to contribute to peaceful and prosperous societies and economies when they reach adulthood. Above, children learn and play at an early childhood development center, supported by UNICEF, in Ulaanbaatar, Mongolia. 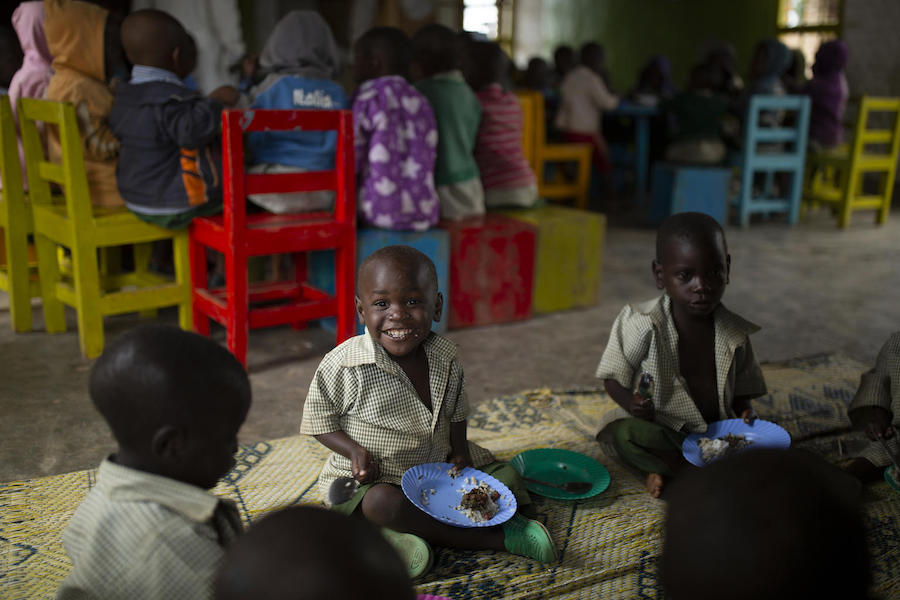 More than two-thirds of preschool-age children in 33 countries affected by conflict or disaster are not enrolled in pre-primary programs. Yet these are the children for whom early learning opportunities have some of the greatest benefits. Preschool programs help young children living through crises overcome the trauma they've experienced by giving them structure, a safe place to learn and play and an outlet to express their emotions. Above, classmates share a hot, balanced meal at the early childhood development center, sponsored by UNICEF, in Nyamiyaga Village, Northern Province, Rwanda. 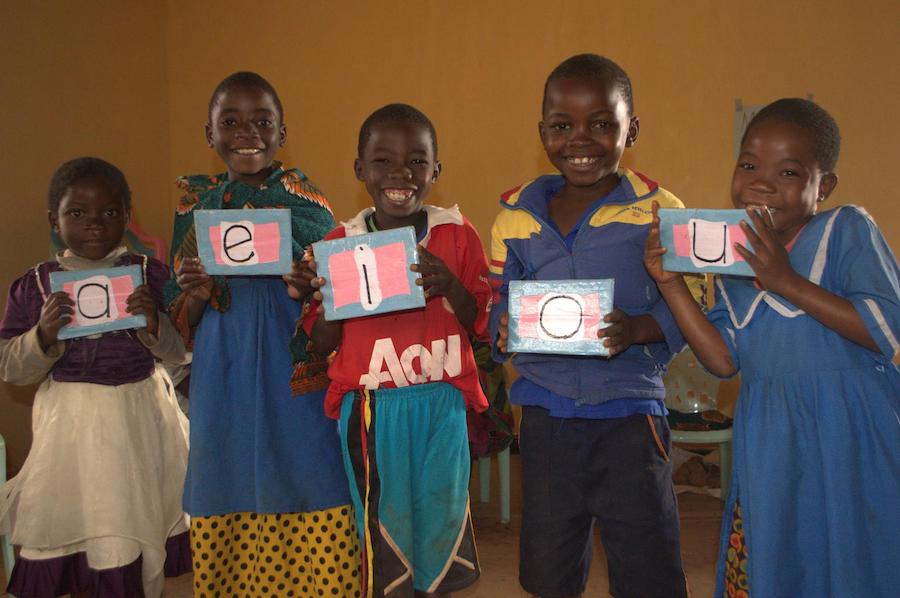 Children enrolled in early education programs are more than twice as likely to be on track in early literacy and numeracy skills than children who miss out.  Household wealth, mothers' education level and geographic location are among the top determinants for preschool attendance, but poverty remains the single largest determining factor. Above, young children learn their vowels at TIgwirizane Early Childhood Development Center, supported by UNICEF, in Mangochi, Malawi. 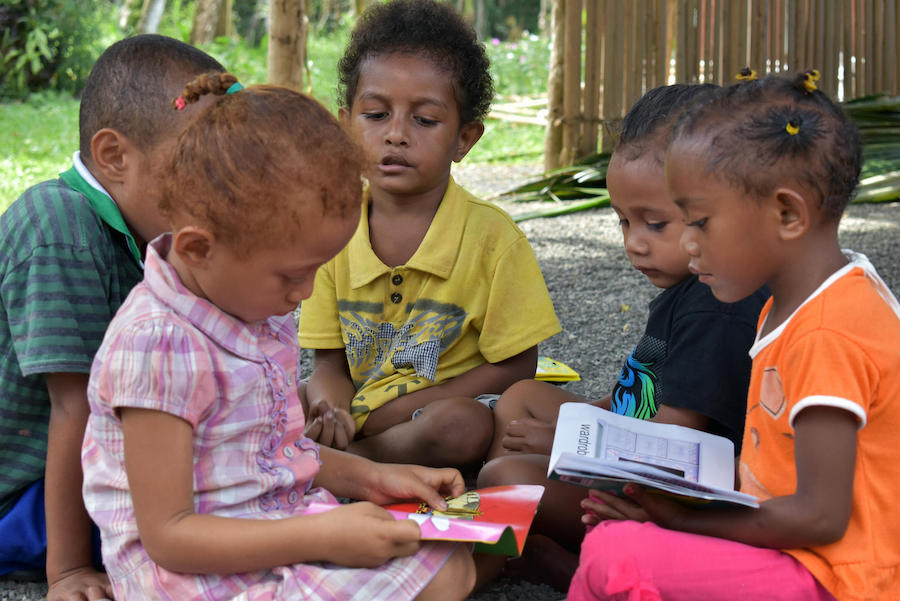 In 2017, an average of 6.6 percent of domestic education budgets globally are dedicated to early childhood education, with nearly 40 percent of countries studied allocating less than 2 percent of their budgets to supporting the futures of young children. In West and Central Africa, countries allocate 2.5 percent to preschool education, with 70 percent of children missing out in the region. Across Europe and Central Asia, governments dedicate the highest proportion — 11 percent of their education budgets — to early childhood learning. Above, young preschoolers read at Ladava Early Learning Center, supported by UNICEF, in Alotau, Milne Bay Province, Papua New Guinea. 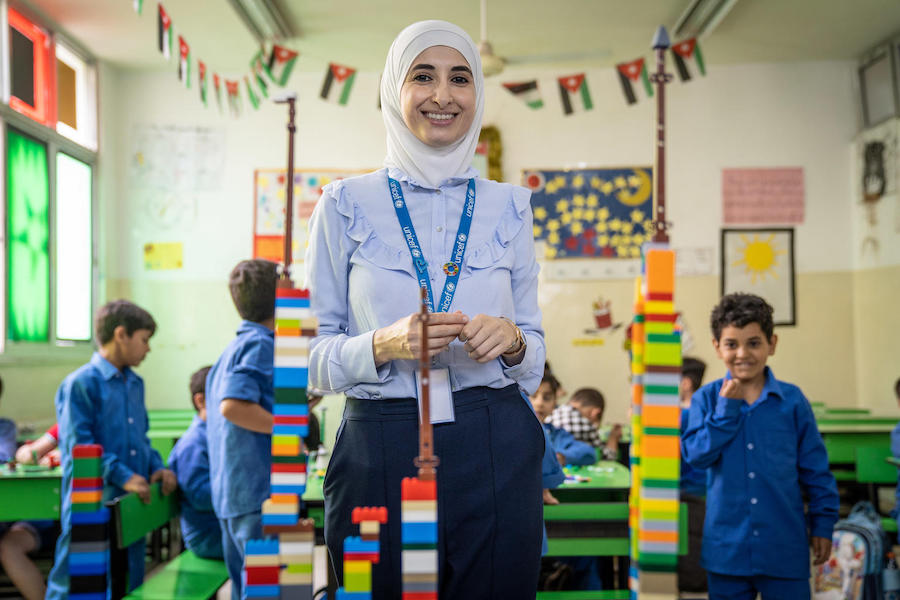 This lack of worldwide investment in early childhood education negatively impacts quality of services, including a significant lack of trained preschool teachers. With expanding populations, assuming an ideal student-teacher ratio of 20 to 1, the world will need 9.3 million new preschool teachers to meet the universal target for early childhood education by 2030. "Learning through play is very important because it's child-centered," says Sajeda, an early childhood development specialist at a Makani Center for Syrian refugee children in Jordan. "The teacher steps back, while the child is in the driver's seat." 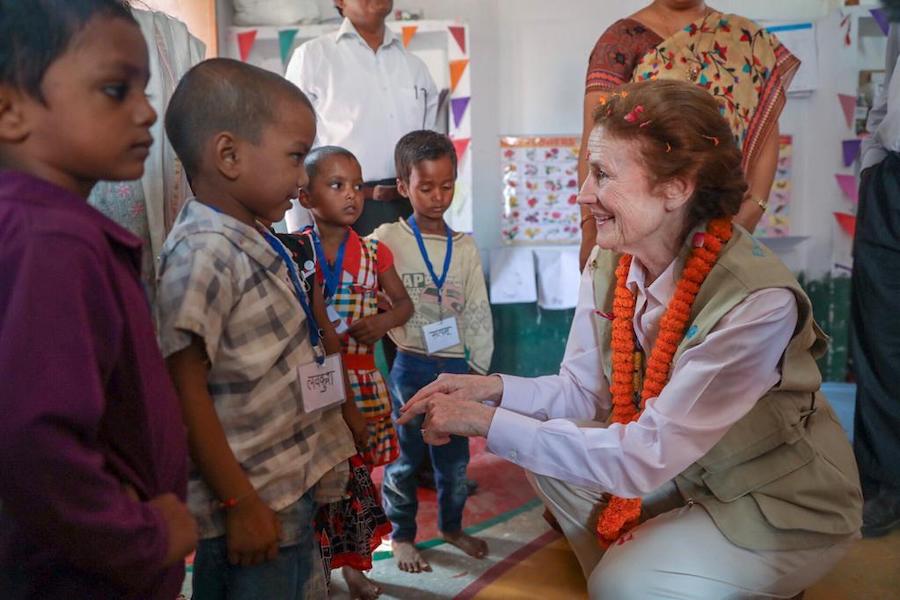 "If today's governments want their work force to be competitive in tomorrow's economy, they need to start with early education," says UNICEF Executive Director Henrietta Fore. "If we are to give our children the best shot in life to succeed in a globalized economy, leaders must prioritize, and properly resource, pre-primary education." Above, Fore meets with young children to observe early childhood activities at the Anganwadi Center in Varanasi District, India.

UNICEF is urging governments to make at least one year of quality pre-primary education universal and a routine part of every child's education, especially the most vulnerable and excluded children. To make this a reality, UNICEF urges governments to commit at least 10 percent of their national education budgets to scale up early childhood education and invest in teachers, quality standards and equitable expansion.

For over 70 years, UNICEF has been putting children first, working to protect their rights and provie the assistance and services they need to survive and thrive. With a presence in 190 countries and territories, UNICEF has helped save more children's lives than any other humanitarian organization in the world.