With the passage of H5387/S398, Rhode Island becomes the fifth U.S. state to end child marriage without exceptions.

Particularly during times of great hardship, we're reminded of the power that comes with collective action. That’s just what child rights advocates in Rhode Island are realizing this week following the passage of legislation banning child marriage in their state.

Did you know? Worldwide, 650 million women and girls alive today were married before their 18th birthday. Some are right here in the United States, where nearly 300,000 children were married between 2000 and 2018. Some were as young as 10; most were girls wed to adult men. Yet before this week, only four U.S. states – Delaware, New Jersey, Pennsylvania and Minnesota – had successfully passed laws to prohibit child marriage with zero exceptions.

The fight to outlaw child marriage nationwide is picking up steam

With the enactment of H5387/S398 on June 7, 2021, the U.S. took one giant step forward in the fight to outlaw child marriage nationwide as Rhode Island became the fifth U.S. state to end the practice with no exceptions and the third state legislature to do so unanimously. UNICEF USA applauds the passage of H5387/S398 and recognizes the leadership of Rep. Julie Casimiro and Sen. John Burke for introducing this measure as well as Gov. Daniel McKee who signed the bill into law – an extraordinary victory for child rights, particularly during a global pandemic.

These legislative accomplishments would not have been possible without our passionate UNICEF UNITERs, grassroots volunteers across Rhode Island who sent hundreds of messages to their state legislators in support of the bills. In these busy times, the collective voice of UNICEF USA supporters helped keep child protection top of mind for lawmakers and build support for this measure.

UNICEF supporters are sending a clear message to state legislators: child marriage is harmful in all cases 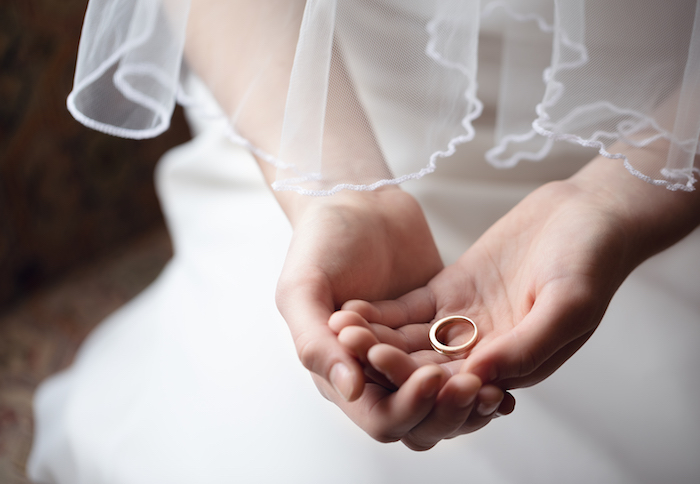 In 2016, UNICEF, together with UNFPA, launched a global program to tackle child marriage and reach the girls at greatest risk. In all cases – in countries around the world – child marriage has negative impacts on children. It leads to separation from family and friends, lack of freedom to interact with peers and participate in community activities, and decreased opportunities for education and economic participation. Because child marriage often results in child pregnancy, girls married at a young age face serious health risks. Teenage girls are much more likely to die in pregnancy and childbirth than women in their twenties. In addition, childhood pregnancy increases risks of nutritional deficiencies for both mother and baby, with permanent consequences.

Sadly, these risks are only exacerbated in conflict and crises settings such as in the current COVID-19 pandemic. In fact, new analysis released by UNICEF in March 2021 found that 10 million additional girls are at risk of child marriage due to COVID-19, threatening years of progress in reducing the practice. Pandemic-related travel restrictions and physical distancing have made it difficult for girls to access the health care, social services and community support that protect them from child marriage, unwanted pregnancy and gender-based violence, putting the most vulnerable girls at even higher risk.

This makes the passage of H5387/S398 more of a victory for the children of Rhode Island. Every child deserves the right to a healthy and fulfilling childhood, and every person in the U.S. can play a vital part in protecting that right.

Interested in getting more involved in our advocacy efforts to end child marriage?

UNICEF USA recently launched a nationwide advocacy campaign to end child marriage alongside our longtime partner, Zonta International. Join fellow advocates in asking your state lawmakers to support legislation that would eliminate child marriage in your state, with no exceptions.

Top photo: Marrying before age 18 is harmful and should be banned with no exceptions. UNICEF USA and Zonta International are working to end child marriage in the U.S. and around the world. Photos by Jodi B. Herrling for UNICEF