Becoming separated from their children is a nightmare scenario for parents. When families are caught in humanitarian crises — natural disasters, armed conflict, emergencies — thousands of children go missing.  The longer a child is separated from her or his family, the more difficult it is to locate them and the more at risk a child is to violence, economic and sexual exploitation, abuse and potential trafficking. UNICEF and partners are dedicated to keeping families together, and to reuniting children with their parents and loving caregivers when crisis pulls them apart. 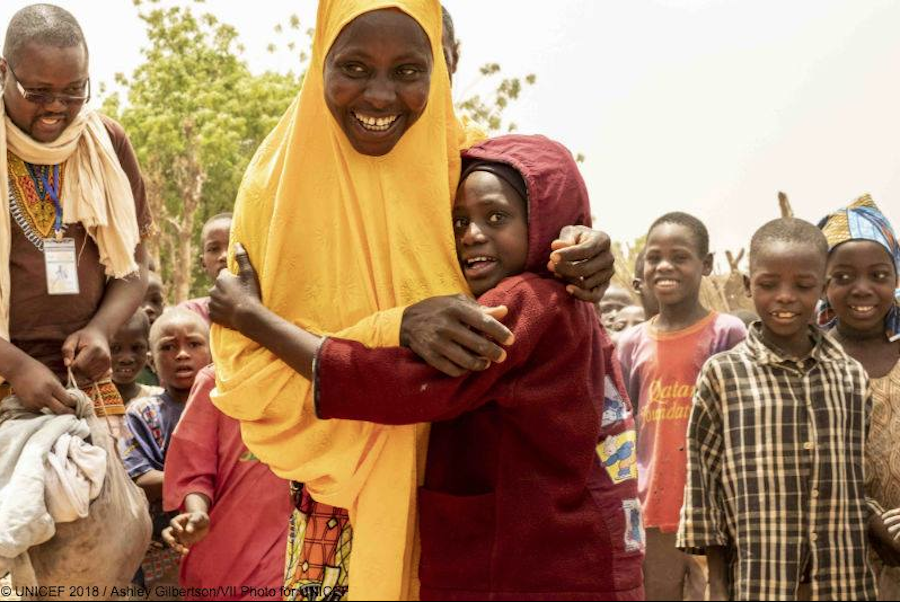 When children from Niger were recruited into a begging ring in neighboring Algeria, UNICEF and partners worked hard to locate them and reunite them with their families. Seven-year-old Daoussiya spent four months begging on the streets before UNICEF helped her get home to her mother, Hassana, for a joyful reunion on Mother's Day.  © Ashley Gilbertson/VII Photos for UNICEF

Thousands of civilians were killed in brutal urban warfare in the fight to free Mosul, Iraq from the Islamic State.  Thirteen-year-old Mohammed (above, far left) and his family became prisoners in their own home. "They ruined everything," Mohammed says. "People were starving. I tried to escape four times, but I got caught."

His mother feared for his life, so she sent him away. He and a cousin ran through gunfire to cross a checkpoint, but they were worried about the rest of the family, still trapped in their neighborhood. Months later, Mohammed's mother and the other children dashed to safety. "I don't know how we escaped," his mother says, still in shock. "It was like a story from a book. These kids were running in the rain and the mud, barefoot and cold."  After three months on his own, Mohammed was reunited with his family by UNICEF. See Mohammed tell his powerful story above. 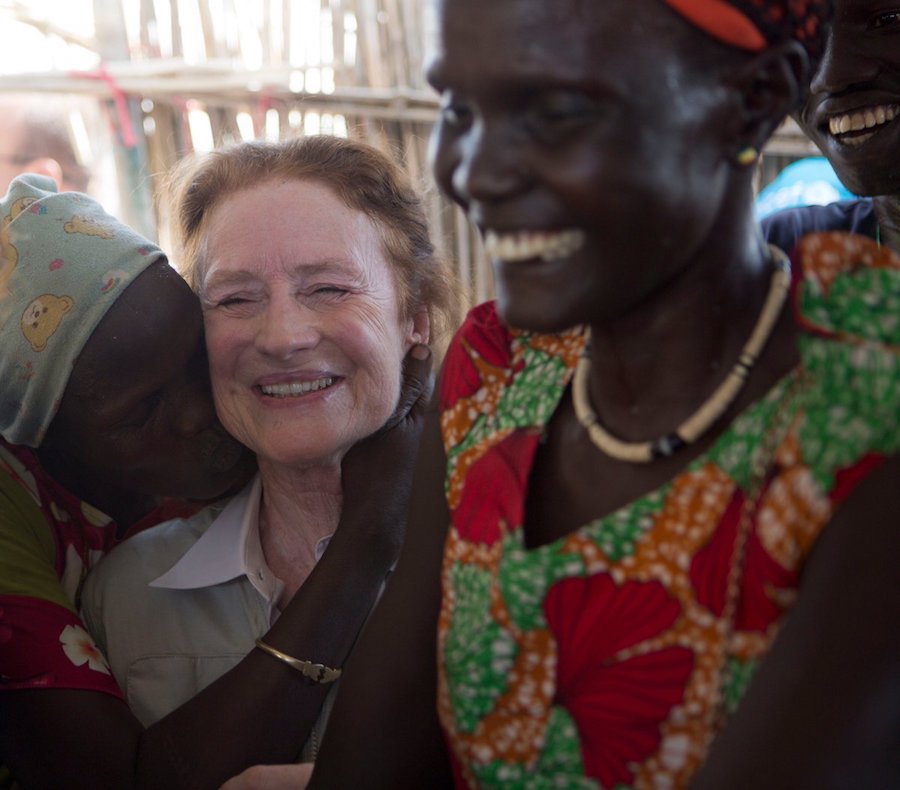 Since civil war broke out in South Sudan in December 2013, over 17,000 children have been reported missing or have become separated from their families. UNICEF and partners have reunited almost 5,400 of those children with their families, to date. Above, ecstatic mothers hug UNICEF Executive Director Henrietta H. Fore in gratitude for bringing their children back to them. © UNICEF

You can help UNICEF reunite children with their families.

Top photo: On January 18, 2018, 7-year-old Nyagoanar is carried by her mother, Nyanyouka, amid well-wishers welcoming her and her brother (not pictured) home as the siblings were reunited with their family in Bentiu, South Sudan. The two children had been separated from their mother and sister since 2014. Their father was killed during the country's continuing conflict. © UNICEF/UN0156710/Prinsloo