In Times of Crisis, UNICEF USA's Mercury Fund Is at the Ready

As the world warms and natural disasters become more devastating and more frequent, developing countries already battling disease outbreaks, conflict and poverty are most at risk. For families caught in crisis, every minute counts.

Founded in 2006, the UNICEF USA Mercury Fund is designed to rapidly mobilize unrestricted funds so that UNICEF can respond to the growing and pressing needs of children and implement disaster risk reduction measures to stave off a catastrophe. Resources in the fund can be activated in less than 72 hours, often before a crisis or the complexity of an emergency hits the news.

For every $100K invested in emergency preparedness, UNICEF saves $400K in response costs

"In a nonemergency setting, a large contribution can take five to ten business days on each end," said Andres Kragelund, UNICEF USA assistant director of humanitarian response and global programs. "It's important to cut down that time and get unearmarked funds to where they are needed most as quickly as possible."

The UNICEF USA Mercury Fund provides immediate, flexible support where it's needed most

Seasonal flooding is routine in South Sudan, but the rains that began in July 2019 were exceptionally heavy. Before long, flood waters had submerged whole towns, destroying homes, schools and health centers, displacing hundreds of thousands of children and their families and putting more than 900,000 people at risk.

"South Sudan was already one of the most dangerous countries to be a child, and now it has gotten worse," Mohamed Ag Ayoya, UNICEF representative in South Sudan, said in November 2019. "The actions we are taking today will determine how long children will feel [the impact of] these floods after the water subsides."

In 2019, the Mercury Fund helped UNICEF speed relief and protection to children endangered by floods, cyclones and the Ebola virus

South Sudan was just one of the countries to benefit from the Mercury Fund 's flexible support in 2019. UNICEF used $500,000 from the fund to expand and implement programs designed to prevent the spread of the Ebola outbreak that originated in the Democratic Republic of Congo. The grant was pooled with other resources to   to support education and prevention programs in neighboring Uganda and Burundi, including road shows, radio spots, handwashing stations and monitoring at the borders. 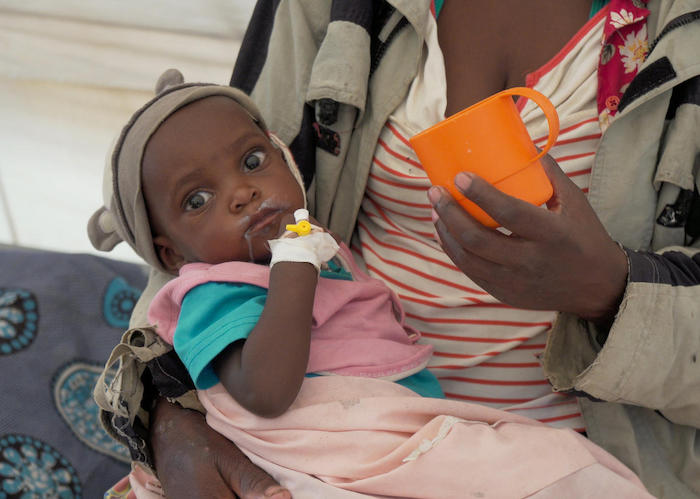 In the wake of cyclones Idai and Kenneth in Mozambique in 2019, UNICEF workers treated 586,000 children under age 5 for acute malnutrition, including Amalia, 3, who was also treated for pneumonia. © UNICEF/UN0343423/Brown

After back-to-back cyclones struck Mozambique, leaving an estimated 1.7 million people food insecure and 1 million children in urgent need of humanitarian assistance the Mercury Fund sent $100,000 to the UNICEF Country Office. Along with other funding, the grant allowed UNICEF to begin screening children under 5 for acute malnutrition, set up temporary learning spaces so kids could resume their educations, scale up efforts to head off a cholera outbreak and support government efforts to build back stronger and help communities draw up emergency plans for future crises.

Historically, corporate donors such as S&P Global and Prudential Financial have been invaluable to the Mercury Fund. Their donations have directly contributed to UNICEF's ability to quickly and efficiently reach the most vulnerable children during an emergency.

According to Annette O'Hanlon, S&P Global's chief corporate responsibility & diversity officer, "The S&P Global Foundation strives to ensure the work we do has a genuine and positive impact on communities. With a presence in over 33 countries, we chose an equally global partner for disaster relief efforts in UNICEF USA's Mercury Fund. Given its presence in so many vulnerable countries, UNICEF provides other nondisaster programs and services, with infrastructure to support immediate response — elements critical in a time of crisis."

For Prudential, a leading global financial services company founded more than 140 years ago to provide opportunities for all to achieve financial security, the fund's mission is a natural fit. "Prudential is proud to be the private sector champion of UNICEF USA's Mercury Fund, providing UNICEF with a rapidly accessible pool of resources to swiftly respond to catastrophic events around the world to reach the most vulnerable children in need," said Sarah Keh, vice president of corporate social responsibility at Prudential Financial Inc. "By addressing urgent humanitarian crises, we are helping UNICEF to achieve lasting, long-term development in areas that need it most."

The Mercury Fund is open to all, from corporate partners to small and midlevel donors

In a progressive move to continue to build up emergency response efforts, UNICEF USA has opened up the Mercury Fund to small and midlevel donors. Donations  made to the fund will continue to accelerate operational response in emergencies and to ensure that communities are built back stronger and more resilient.

Whether you're a corporate donor or a concerned individual, it's important to know that your generous contributions are making the greatest possible impact on the lives of vulnerable children at their time of need.

Invest in the future of the world's children with the UNICEF USA Mercury Fund.