As Devastating Floods Hit South Sudan, UNICEF Is There to Help

Floods and heavy rains are normal for this time of year in East Africa, but unusually severe flooding is putting more than 1 million people at risk in South Sudan, Somalia, Kenya, Ethiopia and Tanzania. The rains began in July and are likely to continue at least until the end of November.

Whole towns have been submerged in South Sudan, displacing families, contaminating water sources and deepening existing health crises. UNICEF is working with the Government of South Sudan and partners to respond to the floods with emergency lifesaving assistance.

In Pibor, UNICEF South Sudan and Humanitarian workers are reaching all flood-affected areas, they are working on mobilising a response to support persons, mainly children in need due to the flooding. #Pibor #Floods pic.twitter.com/WM4pGwdDEC

An estimated 70,000 families in South Sudan have been forced out of their homes. Schools are closed and classrooms are being used as emergency shelters, interrupting children's educations. 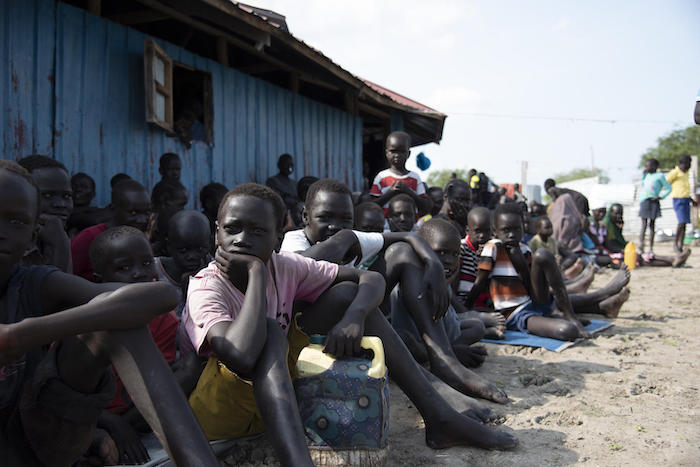 Children sit outside a church in Panyagor, South Sudan, where 500 people have taken shelter after severe flooding forced them from their homes. © UNICEF/UNI220950/Ryeng

Sixty percent of the 32 counties affected by floods had extreme levels of malnutrition before the heavy rain began. Flooding has caused the suspension of service at 42 nutrition centers and is likely to increase the risk of acute malnutrion among children, due to high levels of malaria and poor access to safe water, sanitation and hygiene. Damaged crops and submerged grazing lands will deepen the already serious food situation in South Sudan.

"In South Sudan, water is normally associated with life. Now, water is putting children's lives at risk," said Dr. Mohamed Ag Ayoya, UNICEF Representative in South Sudan. "UNICEF is extremely concerned about children's health in the affected areas with an increase in malaria and waterborne diseases such as diarrhea, two of the major child killers in South Sudan." 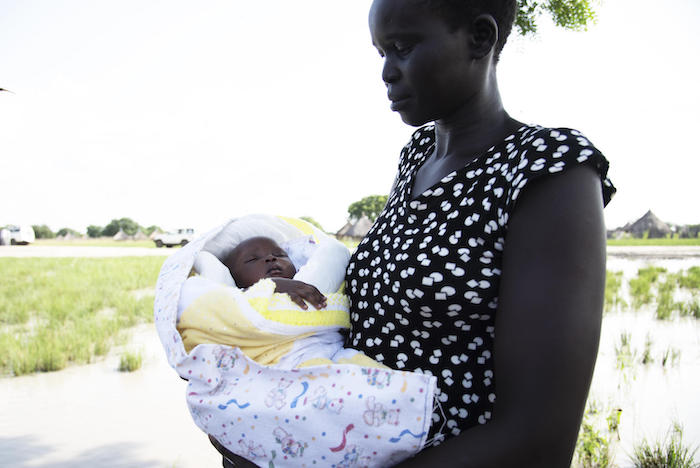 Rebecca Akuot gave birth to 1-month-old Deu as floodwaters were approaching her house in Panyagor, South Sudan in September 2019. After their house was flooded, Akuot and her six children took shelter in a church with 500 other displaced people. © UNICEF/UNI220891/Ryeng

To meet the urgent needs of children affected by flooding, UNICEF is working with the Government of South Sudan and partners to:

"Flood is a harmful cocktail for children," said Agoya. "It increases the risk of exploitation and abuse, it affects their health and education and can also take their lives if we don't respond quickly. UNICEF is calling on donors to ensure the response to childfren and their families in the flood-affected areas is prompt and adequate."

Looking forward, "We need to seriously invest in disaster reduction measures," said Alain Noudéhou, the United Nations humanitarian coordinator in South Sudan. "We need to build dikes to create a water management system for the future. If we don't, they in a year or two we'll have the same heavy rains and people will be forced to move out of their homes again."

UNICEF is appealing for $5 million to respond to the most immediate needs of children in flood-affected areas.

Help UNICEF save and protect the world's children.