At least 200 million women and girls alive today have had their genitals mutilated — most before their 15th birthday. UNICEF is fighting to end this inhuman practice once and for all.

In 2019, millions of girls will be forced to undergo female genital mutilation (FGM), a violent act that irreparably damages their bodies, inflicting excruciating pain, life-threatening health risks and emotional trauma that can last a lifetime. It's happening right now in the United States and in countries around the world.

Last week, a woman in London was found guilty of committing FGM in August 2017, when her daughter was 3. She was the first person to be successfully prosecuted since Britain banned the practice in 1985. Congress outlawed FGM in 1996, but in a ruling last year on the first case in the country, a federal judge in Michigan said that the law was unconstitutional and that the ritual mutilation of girls' genitalia was a matter for states to regulate.

Globally, at least 200 million girls and women alive today are living with the scars of mutilation. The cruel practice reflects and reinforces gender inequality by preying on the least powerful members of society: girls between infancy and age 15.

FGM violates women's rights to sexual and reproductive health, physical integrity, nondiscrimination and freedom from cruel and degrading treatment. It is also a violation of medical ethics: Female genital mutilation is never safe and has no health benefits, no matter who carries it out or how clean the venue is.

FGM is in decline in many countries, but rapid population growth in countries where it is concentrated will significantly increase the number of girls subjected to it. More than 90 percent of women and girls between the ages of 15 and 49 have undergone some form of FGM in Djibouti, Guinea and Somalia. The practice persists in diaspora communities throughout Europe and the United States as families bring the custom with them from their communities of origin. 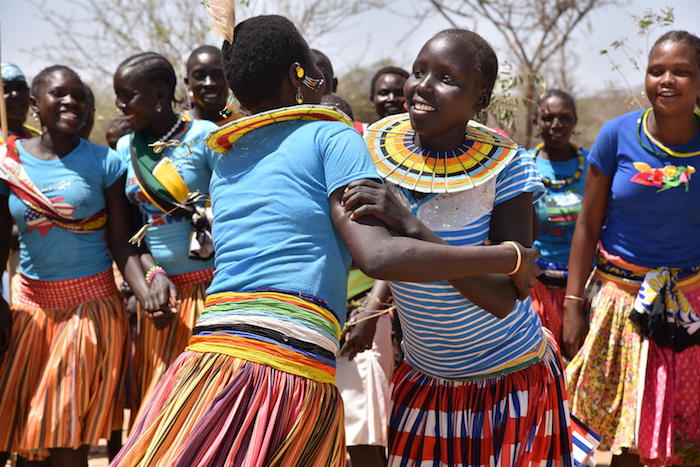 Female genital mutilation (FGM) is an extreme and violent form of discrimination against girls and women. In Uganda's Amudat District, girls and women from Ausikioyon village celebrate after their community made a public declaration condemning FGM in 2017. © UNICEF/UN0120197/Nakibuuka

To end FGM, we must tackle the root causes of gender inequality and work for women's social and economic empowerment

In countries where UNICEF and UNFPA work jointly to end FGM, girls are one-third less likely to undergo this harmful practice today than they were in 1997. Girls who are not subjected to this harmful practice tend to grow up healthier and have healthier children. They are often better educated, earn higher incomes and are more empowered to make decisions about their own lives. But by 2030, more than a third of all births worldwide will be in the 30 countries in Africa, the Middle East and Asia where FGM is concentrated. Tens of millions of girls are at risk.

Top photo: In Ethiopia's Afar region, a former practitioner of female genital mutilation holds the tool she once used to perform the procedure. © UNICEF/UNI77840/Holt