Flooding, rough roads, or even no roads at all: logistical hurdles have long interfered with the delivery of lifesaving services in developing countries. UNICEF and its innovation partners believe unmanned flight can help overcome them.

The idea that Unmanned Aerial Vehicles (UAVs or drones) could assist UNICEF's humanitarian efforts began to take flight following a recent demonstration of the technology in Malawi: drones were used to carry blood samples from clinic to lab as a way to expedite HIV testing for babies. Following the success of that trial, UNICEF, in partnership with the government of Malawi, announced plans to open a test corridor outside the capital city of Lilongwe.

The corridor allows UNICEF to integrate rapidly developing Unmanned Aircraft Systems (UAS) technology into its work, notes Cynthia McCaffrey, director of UNICEF's Office of Innovation. Adds Johannes Wedenig, UNICEF's Malawi representative, "This is an opportunity for Malawi, and it's an opportunity to show how new technologies can make a huge difference for children."

The newborns' blood samples taken for HIV testing — tiny droplets placed on cards as pictured below — are a good example of the sort of items that are well suited for drone transport given the weight limitations. During the trial run last March, the six-mile trip from a health clinic in Lilongwe to the Kamuzu Central Hospital Laboratory, which can take anywhere from several hours to several days by motorbike, took the drone about 20 minutes. 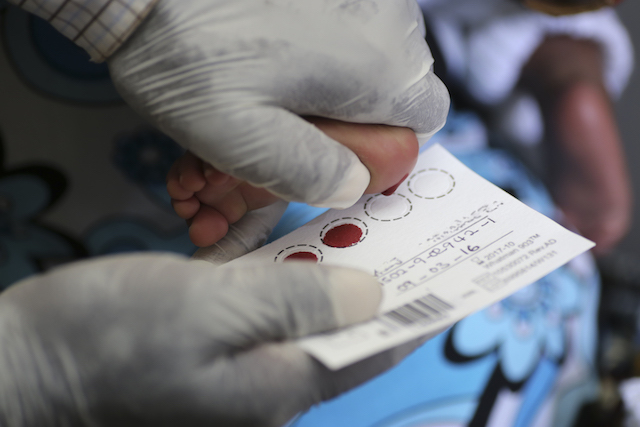 Earlier HIV diagnosis has real lifesaving potential in a country like Malawi, where due to unreliable ground transport, new mothers wait up to two months to learn their babies' status. The wait causes delays or interruptions in treatment for those who test positive. Malawi's HIV infection rate of 10% is one of the highest in the world; and though considerable progress has been made in reducing mother-to-child transmission of the virus, about half of all infants in the country who are born HIV-positive go untreated and die before the age of two.

UNICEF's efforts to improve access to antiretroviral drugs has helped HIV-positive mothers like Martha Jere, pictured below with her healthy son Rahim, defy the odds. And yet too many children are still at risk. 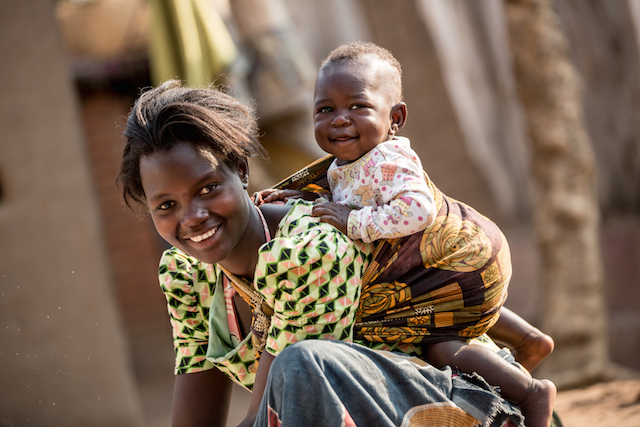 The move to use drones to boost humanitarian progress comes as interest in using the technology for commercial purposes continues to intensify. Amazon announced new details last month in its long-awaited drone delivery service, which remains stuck in regulatory limbo, while Facebook has faced its own hiccups in the race to carry Internet connectivity to remote areas in the world via drones.

It just may be that it is humanitarian rather than consumer ambitions that will provide the next breakthrough for drones. As a research platform, the UNICEF-supported Malawi test corridor will be the first of its kind in Africa, and one of the first in the world to have a development focus rather than a commercial one. It is expected to be fully operational, with a flight distance of 25 miles, by April.

UNICEF Malawi and the government of Malawi are accepting applications for drone projects from the private sector, universities and other potential partners with three main priorities: aerial imagery, for monitoring emergency situations and crop conditions on the ground; connectivity, for extending Wi-Fi and cell phone signals across challenging terrain; and transport, for speedy delivery of vaccines or other small-sized critical supplies, especially during a crisis. Among other criteria, project proposals will be evaluated according to their benefit for the children of Malawi and their adherence to open-source principals — crucial in facilitating the development of tech solutions for good.

The drone work is one of many ventures backed by UNICEF Innovation, which supports the development of new technologies and practices with the aim of reducing inequities for children and strengthening UNICEF's impact around the world. To learn more, visit unicefstories.org.