Situation Precarious for Tens of Thousands of Children in Indonesia

On September 28, a powerful earthquake struck the Indonesian island of Sulawesi, followed by a tsunami with waves up to 20 feet high. One week later, the death toll has risen to 1,581, and that number is expected to increase as more bodies are recovered. More than 66,000 houses have reportedly been damaged and at least 70,000 people are homeless.

The situation remains particularly precarious for tens of thousands of child survivors, many of whom have been separated from their families. The longer a child is separated from her or his family, the more difficult it is to locate them and the more at risk a child is to violence, economic and sexual exploitation, abuse and potential trafficking.

UNICEF is working with the Indonesian Ministry of Social Affairs to identify separated and unaccompanied children, as well as support family reunification and tracing. In the coming days, UNICEF will also set up Child-Friendly Spaces and temporary classrooms, distribute recreational materials and provide psychosocial support to help children cope in the aftermath of the twin disasters. 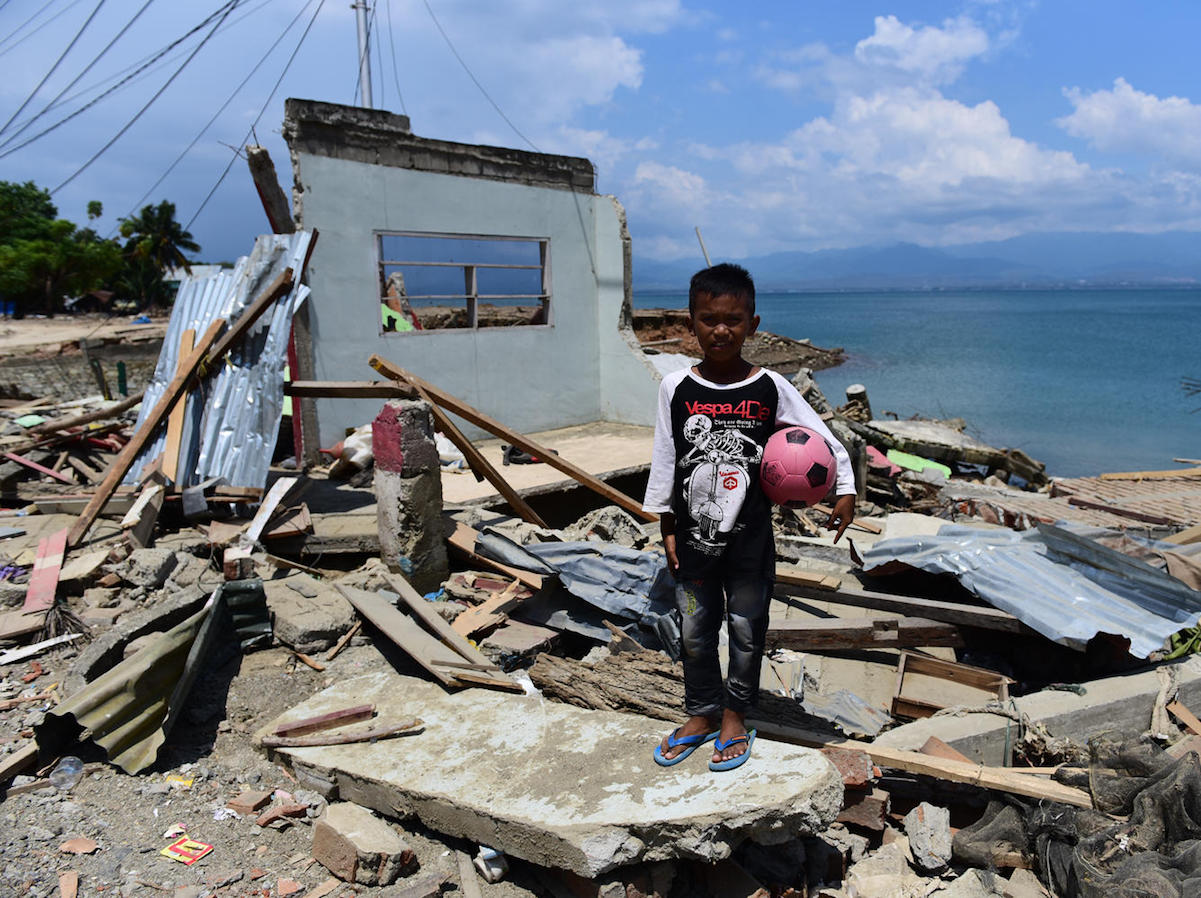 Central Sulawesi is a region with low birth registration: 43 percent of the children live in poverty and only one-third are registered, leaving them without official proof of identity and at increased risk of exploitation.  On October 3, 2018, 10-year-old Rido Saputra stands in front of the ruins of his home, destroyed by the tsunami in Donggala Regency, Central Sulawesi, Indonesia. © UNICEF/UN0240792/Wilander On October 4, children affected by the recent earthquake and tsunami in Palu stand in front of a tent sheltering displaced people in the front yard of the Great Mosque of Palu, Central Sulawesi. Twelve posts have been set up in the affected area to identify children who may have been separated from their families or are unaccompanied. These locations are also being used as safe spaces for children to play and recover.  © UNICEF/UN0241240/Wilander 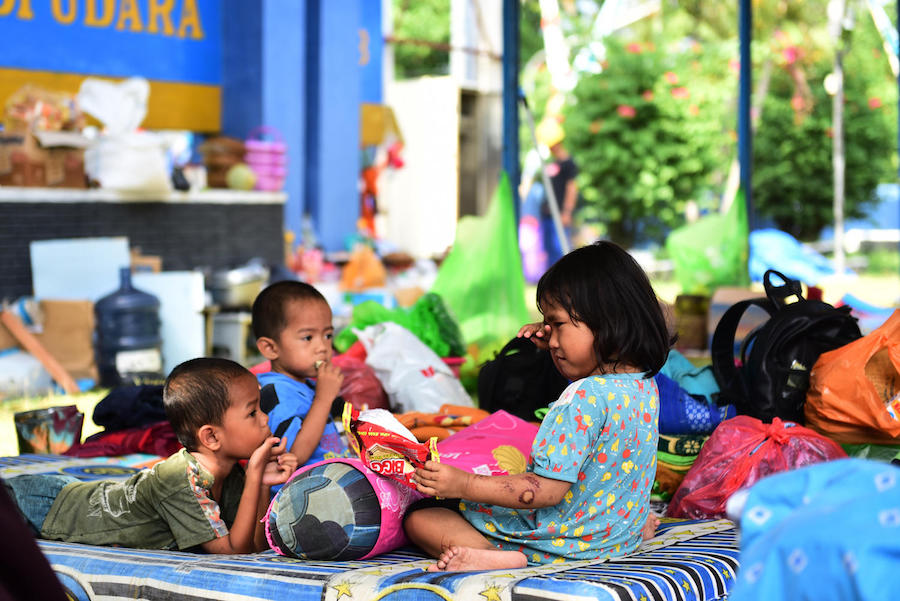 Frightened by aftershocks from the earthquake, a little girl cries while two boys comfort her in the evacuation tent yard of the RRI office, East Lolu, Palu City, Central Sulawesi. UNICEF and partners are training social workers to provide psychosocial support for children who have been affected by the earthquake and tsunami, and to protect children in case of violence, abuse or exploitation. © UNICEF/UN0240354/Wilander 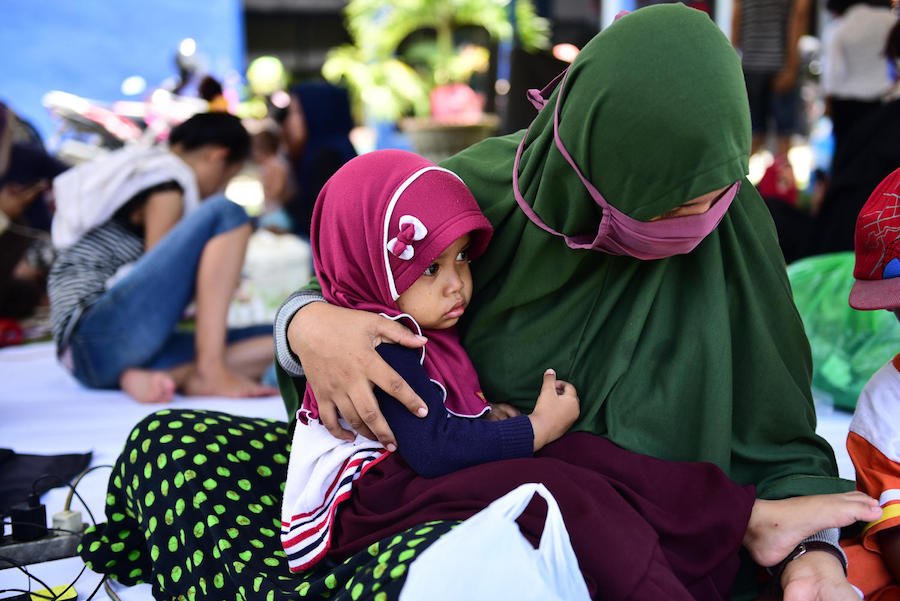 When an emergency strikes, children require special protection to ensure their safety and well-being. On October 2, 2018, 2-year-old Fatimah sits on her mother's lap in the evacuation tent yard of the RRI office, East Lolu, Palu City, Central Sulawesi. © UNICEF/UN0240347/Wilander

Please support UNICEF's efforts to reunite children with their families.

Top photo: On October 2, 2018, 6-year-old Hilwa cries in the refugee camp in the RRI office as she waits for her mother to return from searching for her missing brother in East Lolu, Palu City, Central Sulawesi. © UNICEF/UN0240351/Wilander