Saving Lives, One Toilet at a Time | UNICEF USA

Saving Lives, One Toilet at a Time

Around 60 percent of the world's population — 4.5 billion people — either have no toilet at home or one that doesn't safely manage human waste. Nearly 900 million people still practice open defecation. That means going into fields, forests, open bodies of water or other open spaces instead of using a toilet. Open defecation carries serious health and safety risks. Contact with human waste can cause diseases such as cholera, typhoid, hepatitis, polio, diarrhea, worm infestation and malnutrition. Every day, more than 700 children under age 5 — about one every two minutes — die from diarrhea due to unsafe drinking water, poor sanitation or poor hygiene. 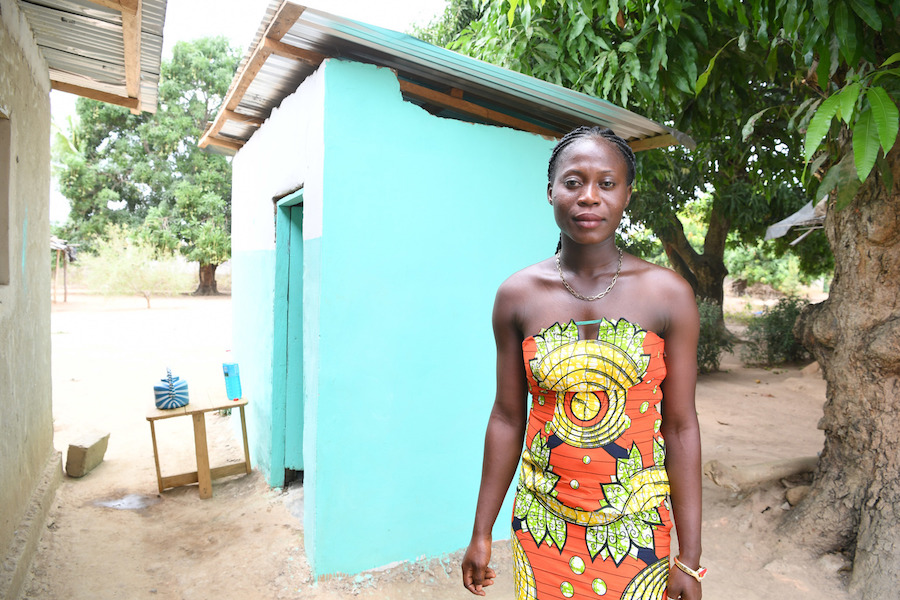 Less than 10 percent of people living in rural Côte d'Ivoire have access to clean and functional toilets. Emmanuelle Zroh, 26 (above) and her neighbors in Guehiebly, Côte d'Ivoire used to urinate and defecate outdoors. "It was not only not hygienic," she says. "It was also dangerous." Now Zroh is happy to share her newly installed toilet with her neighbors. "But when they're done, they have to clean it," she says firmly. "I want to keep my toilet nice and clean." 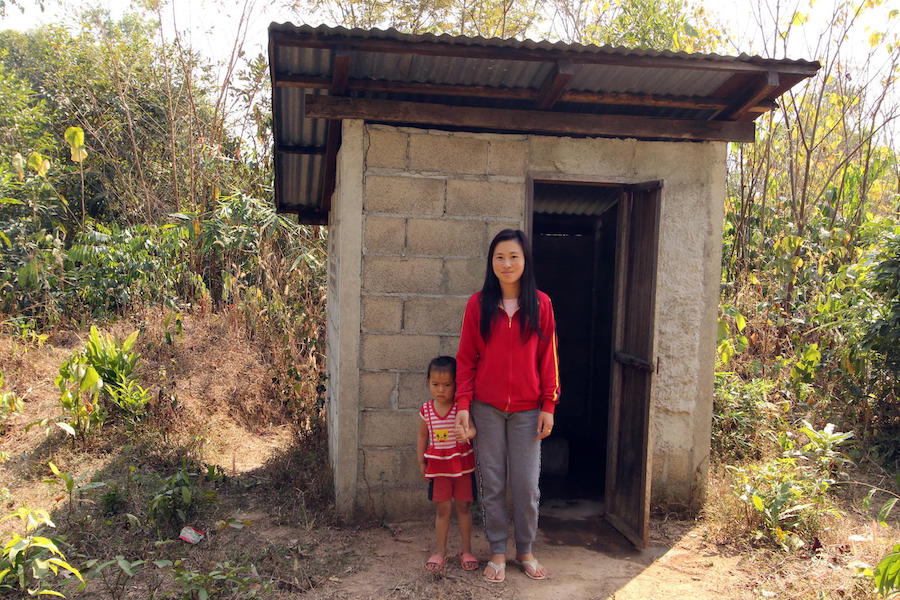 Two-thirds of the global population practicing open defecation live in South Asia. Most of them live in rural areas. In Laos, 38 percent of households have no sanitation facilities at all. Above, Ms Hing, 31, and her 4-year-old daughter, Than, stand outside their new latrine installed by UNICEF and partners in Namdeau village, Bolikhamxay province, Laos. "I have a new toilet and I don't need to go to the bush anymore," says Hing. 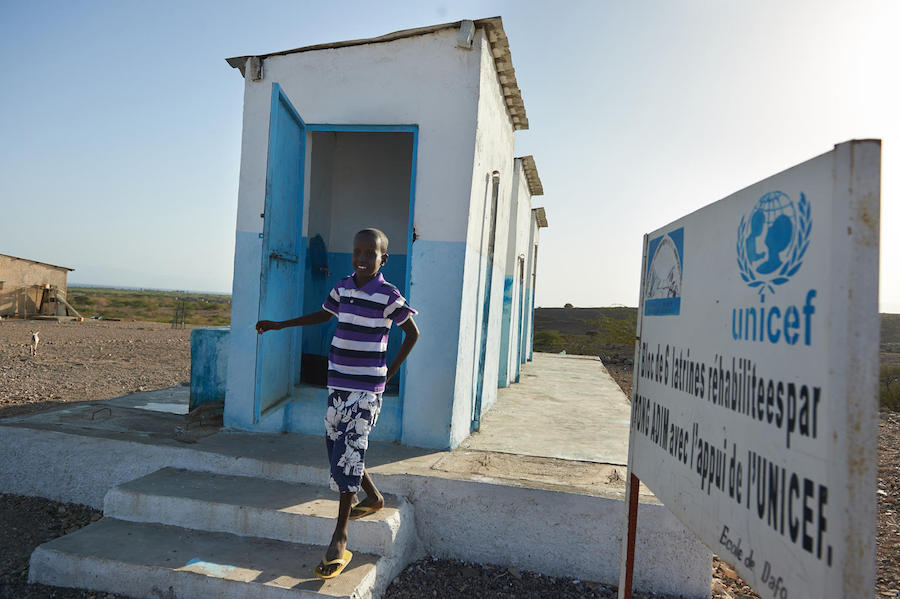 Since 1990, more than 2.6 billion people have gained access to improved sanitation. Above, a young boy uses a sanitary latrine outside a UNICEF-supported school in the village of Dafo in Djibouti, one of the smallest and most arid countries on the planet. Thanks to UNICEF support, the village has its own water point, and the school is equipped with proper water and sanitation services using solar pumping technology. 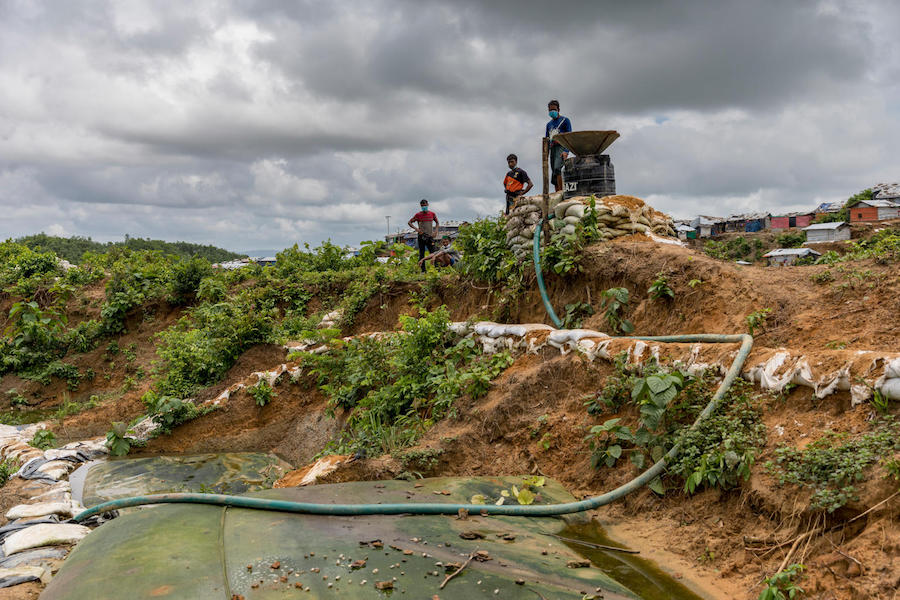 Since August 2017, an estimated 727,000 Rohingya refugees have fled Myanmar, bringing the total number residing in Cox's Bazar, Bangladesh to approximately 910,000. Sanitation is a major concern in the sprawling, hastily constructed refugee camps. During the monsoon season, many latrines had to be moved to higher ground to protect them from landslides and flash floods. Workers are paid US$5 a day to clean latrines by hand (above). Rohingya women and children risk assault in the shared toilets. 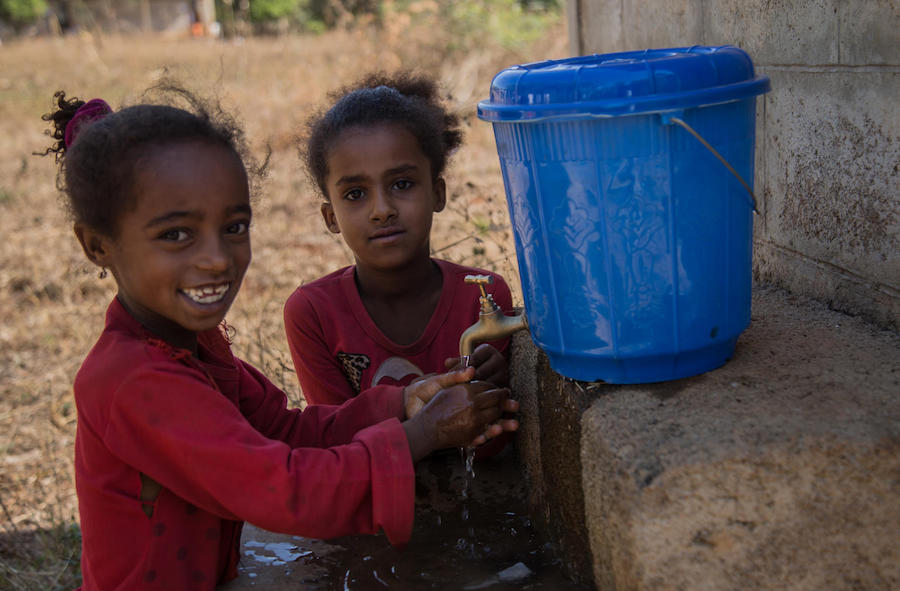 Five countries — India, Indonesia, Nigeria, Ethiopia and Pakistan — account for 75% of the world's open defecation. One of the biggest challenges to ending the practice is changing the behavior of entire communities. UNICEF staff not only build toilets, they also share information with communities about the health risks of open defecation and the importance of washing hands after using the toilet. Above, 7-year-olds Foziya (left) and Hawa wash their hands after using the toilet at Selga number 2 Primary School, Benishangul Gumuz, Ethiopia.

UNICEF is working in countries around the world to improve sanitation and to advocate for government attention and funding to key sanitation issues. With a presence in 190 countries and territories, UNICEF has helped save more children's lives than any other humanitarian organization in the world.