Today, on Nelson Mandela Day, the U.S. Fund for UNICEF remembers the life and work of this renowned anti-apartheid activist, the first democratically elected Black African President of South Africa, and a winner of the Nobel Peace Prize. 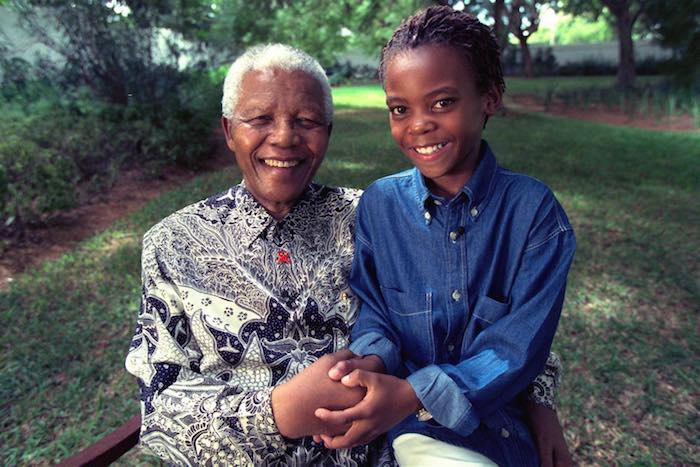 "Few things make the life of a parent more rewarding and sweet as successful children," Mandela wrote in a letter from prison in 1981. ©UNICEF

But Mandela was not only an advocate of equal rights in his own country, he was also a champion of children’s rights worldwide. His vision for ensuring access to quality education for all children is especially important now, when gender disparity, poverty and armed conflict are keeping 263 million children out of school, according to a recent UNESCO report.

Children are the most important asset in a country.

Mandela’s passion for both education and children grew in part from his own personal experiences and his struggle with inequality in South Africa.  He was one of the few non-white South Africans to earn a bachelor’s degree during his time as an undergraduate.  At the University of Witwatersrand’s law school in the 1940’s, he was the only Black African student in his classes.

His commitment to education — and to children — only deepened with his activism.  After being imprisoned for his opposition to apartheid in 1962, Mandela reflected that the nearly 30 years he spent in jail without being able to see his own children was “… one of the most severe punishments prison life can impose, because children are the most important asset in a country.”

Education is the most powerful weapon which you can use to change the world.

In 1999, as he stepped down from South Africa’s presidency, Mandela established the Nelson Mandela Foundation “to promote freedom and equality for all.” In 2004, his foundation launched a partnership with UNICEF, called the Schools for Africa campaign. Inspired by Mandela’s understanding that, “Education is the most powerful weapon which you can use to change the world,” Schools for Africa promotes quality education across 13 African countries. 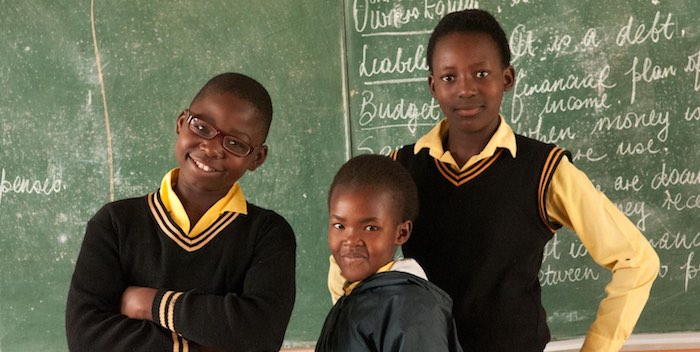 Students at a child-friendly school that is part of a project launched by the Nelson Mandela Institute for Education and Rural Development, with support of the Schools for Africa initiative and UNICEF. ©UNICEF/Miltcheva

The campaign also supports the work of UNICEF to build and furnish schools, supply students with school materials, train teachers, facilitate school access for the most disadvantaged — especially girls and marginalized children — and provide access to clean water, which many students may lack at home.

Since 2005, Schools for Africa has helped to ensure access to education for over 30 million children.

Usher, one boy from Guinea-Bissau, has benefited directly from the Schools For Africa program.  Because of a disability, Usher's family feared he would never get an education.  But that changed with the establishment of a child-friendly school in Usher's village.

“I thank God that he has this chance to go to school,” says Usher's grandmother, Néné. “He is clever and now he is able to look after himself.”

Click below to watch a video about Usher and his Schools for Africa school.

You can learn more about the Schools for Africa campaign here.