Protecting Children With Special Needs From War in Ukraine

The war in Ukraine has been extra tough on children with special needs and their families.

For Petro, who has a severe form of autism, the constant shelling and his family's sudden departure from his familiar home environment in the northeastern city of Kharkiv have been almost too much to bear. He "became very nervous and started beating against the walls, and has become very worried," says his mother, Svitlana.

The family evacuated to Lviv, in western Ukraine, where they found their way to the Start Center. Staffed by volunteers, the center was founded by Anna Perekatiy, whose son has autism, and other families to provide support for children with special needs who have been displaced by the war.

For Svitlana and other parents like her who are suddenly far from home and struggling to keep their disabled children safe and healthy, the center has become a lifeline.

In Lviv, a center for children with disabilities has become a lifeline:

When shelling began in Berdyansk, a port city in southeast Ukraine, Natalya, the mother of an 11-year-old son with cerebral palsy and epilepsy, knew that leaving would be complicated — but it was far too dangerous to stay.

With the help of neighbors, she fled with her son, Prokhor, and her 86-year-old mother, Valentina. At first they stayed with relatives eight hours away, but when Natalya couldn't find the medicines Prokhor and Valentina needed, the family decided to continue by train to Lviv, near the Polish/Ukrainian border.

At the train station, railway workers formed a protective corridor through the crowd so that families with disabled children could safely board the train. When they reached Lviv, Prokhor, below far right, and his mother and grandmother were picked up at the train station and taken to the Start Center. 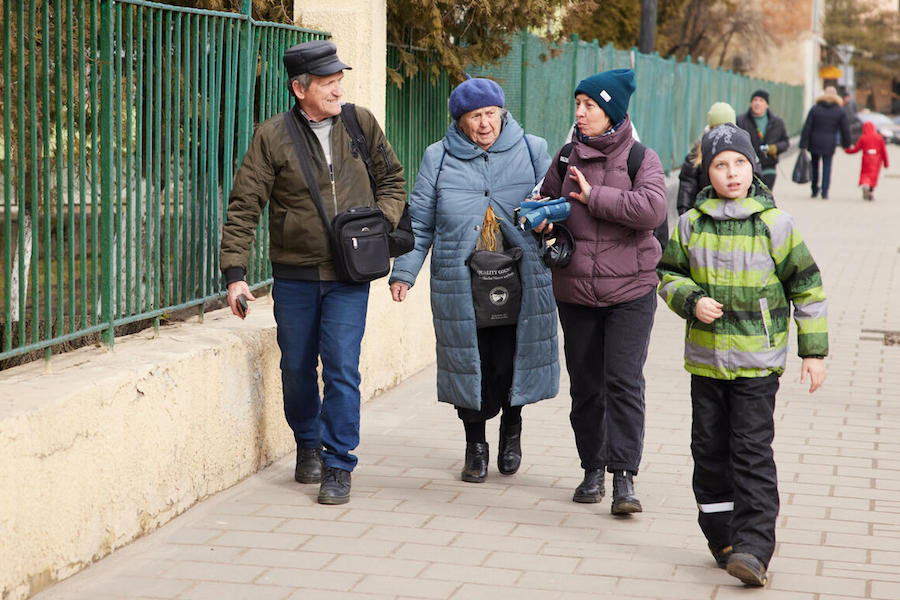 The war is taking a heavy toll on the well-being of all Ukraine's children. UNICEF is working around the clock with partners to ensure they receive the support and services they need.

Your contribution will help UNICEF continue to reach the children of Ukraine and their families with lifesaving assistance. Please donate.

Top photo: The Start Center in Lviv, Ukraine provides respite for displaced children with disabilities and their families, including Petro, who has a severe form of autism, and his mother, Svitlana. © UNICEF. Video edited by Tong Su for UNICEF USA.