The U.S. is the only country that hasn't ratified the Convention on the Rights of the Child. Ask Obama to #SendtheCRC!

“Some people only eat food once in two days, so everybody should have the right to eat food and drink water…” said one nine-year old boy we interviewed recently.

A seven-year old girl told us: “If [kids] aren’t protected from harm … that means a lot of things in their life could happen that are bad for their future …”

In our video about the Convention on the Rights of the Child (“CRC”), you can discover that American kids have a pretty good sense of what their rights — and the rights of their global peers — should be.

Why hasn't the U.S. ratified the CRC?

If the importance of their rights is so clear to our kids, you might wonder why the U.S. is the only country left in the world that hasn’t ratified the CRC. 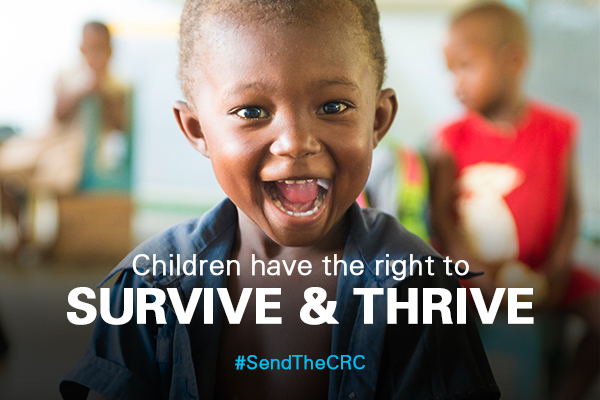 What is the CRC? Why should we worry about an international treaty guaranteeing the rights of children?

What rights does the CRC protect?

The answer is simple. The CRC applies to every child under 18 without regard to nationality, ethnicity, gender, religion, language, abilities or any other status.

Under the CRC, every child has the right to survive and thrive; access healthcare and education; grow up with their own families; be protected from violence, exploitation, and abuse; and participate in decisions that affect them. The benefits of U.S. ratification are clear.  It would help restore our status as a human rights leader and bolster our credibility as we advocate for improved conditions for parents and children around the world.  It would also help empower children to exercise their rights, here and abroad.

How does the CRC protect kids?

Crucially, the CRC gives UNICEF, as one of the primary humanitarian organizations charged with ensuring children’s rights, a powerful tool to push governments to give a fair chance to every child in every country. 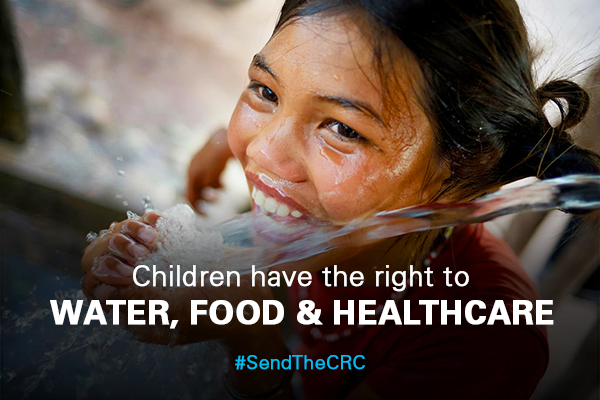 Here are some examples — the CRC protects children from hazardous or harmful work and economic exploitation, and it's been a powerful weapon as the number of children involved in child labor has been driven down by 33% since 2000.

And, because the CRC obliges countries to abolish traditional practices that injure children’s health, it has helped empower more than 10,000 communities and 8 million people to declare their commitment to ending female genital mutilation. 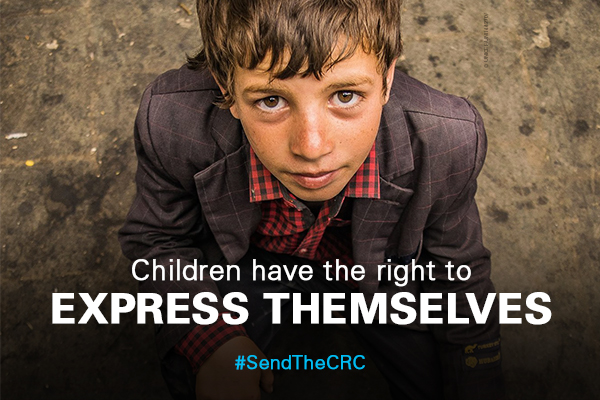 But, in a world where 65 million children and young people are on the run from conflict, poverty, and extreme weather — and where malnutrition affects 159 million children — we need the CRC more than ever.

That’s why the U.S. Fund for UNICEF is launching a Twitter campaign, starting today, to ask President Obama to send the CRC to the Senate as soon as possible.

***The 2016 #SendTheCRC campaign is now concluded. UNICEF USA thanks each of our supporters who worked to make sure that children's voices were heard.***

The US is the only country that hasn't ratified the Convention on the Rights of the Child. Ask @POTUS to #SendTheCRC https://t.co/tx3939CPGj 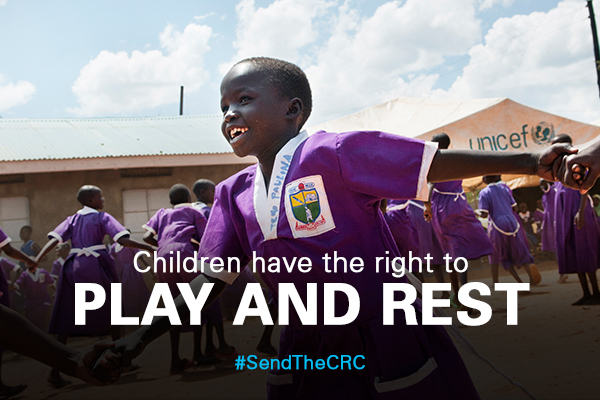 Children, here and abroad, are counting on your support for their most basic rights.