UNICEF and partners have reached tens of thousands of children and families in Lebanon with critical support since last year's Beirut explosion, and recovery efforts are making some progress. But needs are still massive — and multiplying — due to a collapsing economy, COVID-19 and other crises. A look at UNICEF's impact and the top priorities for humanitarian action in the country going forward.

A UNICEF assessment of the needs of families affected by the August 2020 chemical explosion at the port of Beirut found that 98 percent of those families still need support, their situation magnified by a collapsing economy, political instability and the COVID-19 pandemic.

UNICEF's findings, released on the eve of the one-year anniversary of the disaster — the details of which remain under investigation — highlights the severity of the trauma children suffered and related hardships that families have experienced and continue to endure. Seven in 10 households requested basic assistance after the Aug. 4, 2020 blast. Almost all of those families are still seriously struggling.

UNICEF survey shows families in Lebanon are still suffering, one year after explosion in Beirut

The explosion devastated large swathes of Lebanon's capital city, killing more than 200 people, among them six children, and injuring more than 6,500, including 1,000 children. As businesses were destroyed, tens of thousands of workers lost their jobs, leaving them unable to feed their families or pay for basic health care for their children.

One-third of the families said at least one child in their household was still showing signs of psychological distress. Among the adults, the rate is almost half. 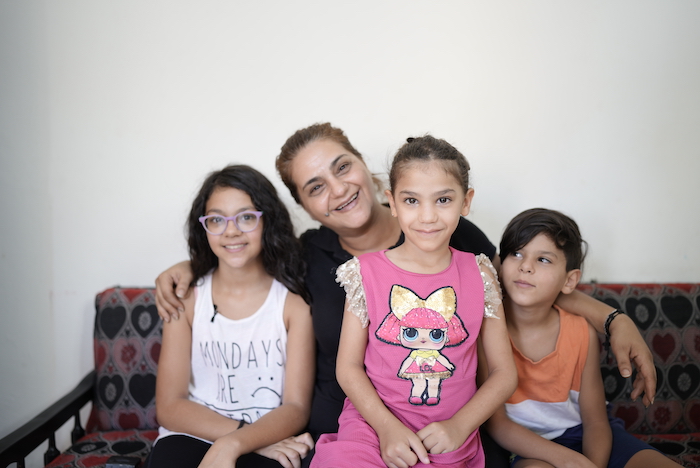 Faten, a 36-year-old single mother and her three children, photographed at home in Beirut on July 15, 2021. The family is one of many that received psychological first aid and related services through a UNICEF-supported program implemented by Himaya, a Lebanon-based partner. “They were the first people to call us after the blast — the only people to call and check on my children and to ask if we needed any assistance," Faten says. "Since that day, they have been here for us, making my hope for a return to normal life a little more achievable." Her daughter Marilyn, 12, left: “Whenever I hear an airplane flying over, I feel the same terror as I felt during the explosions. I still remember people crying on that day, people frightened, the injured laying on the floor. But the support I received has helped me process things, and it’s also helped me support my younger brother and sister." The family also received financial assistance, which enabled them to renovate their damaged home. © UNICEF Lebanon/Fouad-Choufany

"Those families have been struggling to recover from the aftermath of the explosions at the worst possible time – in the middle of a devastating economic crisis and a major pandemic," Yukie Mokuo, UNICEF's representative in Lebanon, said.

Conducted in July via telephone interviews with 1,187 households, the survey also found:

A separate assessment conducted in April revealed that 30 percent of families in Lebanon are deeply pessimistic about their children's futures, and rank education, safety and security, health, and nutrition as their top concerns. UNICEF is leveraging the survey findings to build on existing aid programs.

“Lebanon has been in free fall struggling with a triple crisis: economic, political and the COVID-19 pandemic," said Ted Chaiban, UNICEF regional director in the Middle East and North Africa. "If change, recovery and accountability don’t happen now, they might not happen at all, taking the country further into abyss and a place of no return.”

UNICEF deployed a rapid response at the time the Lebanon explosion occurred, rushing emergency supplies to affected families, and has been on the ground since, working to help stabilize children's lives. Millions of people have received water and sanitation support through UNICEF in the past year, according to UNICEF's Deputy Representative in Lebanon, Ettie Higgins. Some 35,000 children and caregivers coping with the psychological impact of the explosions receive mental health and related support from UNICEF-funded programs.

UNICEF and parters are laying a foundation for long-term recovery

UNICEF has also been heavily involved in laying the foundation for the country's long-term recovery, by repairing facilities and services that children need to return to normality. This includes repairing three health facilities and recruiting staff to run them; rehabilitating 13 public and private schools and re-equipping 90 other schools; assessing 13,000 buildings for habitability; reestablishing water connections to 1,300 buildings where 23,000 people live; and engaging 2,700 young people in a major clean-up and rehabilitation effort and to distribute meals. 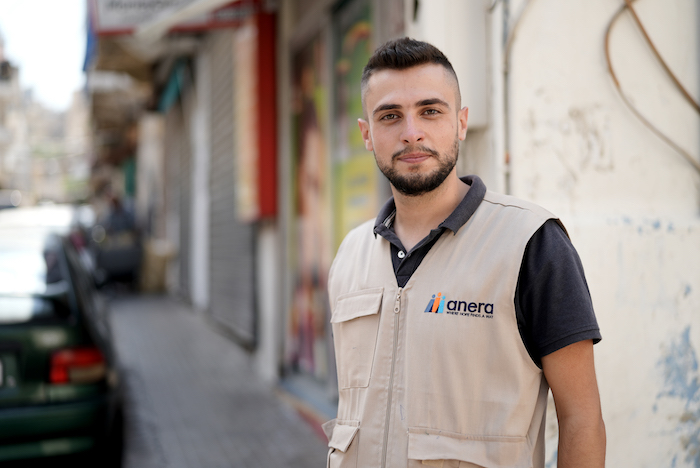 In the immediate aftermath of the port disaster, UNICEF quickly mobilized more than 1,900 of the country’s youth to support street clean-ups and minor rehabilitation of damaged homes, which included reconnecting households to municipal and private water supplies. That program continues to this day — and those involved say they are gaining valuable experience on the job. “At first, we used to go with the engineers to see the house and discover the extent of the damage; it could be doors that need to be fixed or replaced," says Mhammad Hassoun, a recent graduate in civil engineering. Today Hassoun says he is more likely to do these assessments on his own. Team Leader Joyce Sassine says she is happy to see the daily improvements that she and her colleagues are making for people. “Whoever hasn’t tried volunteering before, I want to send them a message: It is such a wonderful feeling to know that you’ve been able to put a smile on the face of someone who’s having a hard time." © UNICEF Lebanon/Fouad-Choufany

Another critical longer-term recovery project is the rehabilitation of the Karantina hospital, particularly the newborn unit and the maternity and obstetric ward. While work is underway, UNICEF is ensuring the continuation of emergency care for mothers, newborns and children. (Rehabilitation works started in April 2021 and the new hospital should be operational by early 2022.)

Before the port blast, Karantina provided emergency care to 1,000 newborns and children per year. The new hospital will service around 500,000 people from vulnerable neighborhoods in the city of Beirut and nearby suburbs, including 150,000 children. The increased capacity will allow for up to 2,000 emergency hospitalizations and more than 25,000 mother/child consultations annually.

As part of its emergency response over the past year, UNICEF has also reached:

UNICEF is calling for support from the international community and donors to expand all of its programs to meet urgent needs in Lebanon — including efforts to shore up the public water system, which is at risk of failing. UNICEF is also urging Lebanese national authorities to step up social protection measures and support for critical water, health and education systems as key to long-term child survival and development.

Help UNICEF reach more children in Lebanon. Your donation can make a difference.

Top photo: Amal, 13, (pictured) and her sister helped clear debris at their school in Achrafieh in the days following the Aug. 4, 2020 port explosion in Beirut. “We’ve been going there for seven years,” Amal says. "It was like our second home. How could we not be part of the clean-up?” © UNICEF/UN0495267/Choufany. Videos by Tong Su for UNICEF USA.