Nadia Murad Is Speaking Up for Victims of Sexual War Crimes

Nadia Murad Is Speaking Up for Victims of Sexual War Crimes

Captured and tortured by ISIS fighters at 19, Nadia Murad is giving a voice to the girls and women who share her story.

On November 10th, “On Her Shoulders” screened at America’s largest documentary festival, DOC NYC. The film follows 23-year-old Nadia Murad’s journey from a survivor of the 2014 Yazidi genocide by ISIS in Iraq to a harrowing global voice against human rights violations, putting a face to the atrocities of war crimes.

Since 2015, Murad has been on a mission to bring ISIS before the International Criminal Court on charges of genocide and crimes against humanity. Her activism has brought her to global acclaim. In 2016, she was named the UN’s first Goodwill Ambassador for the Dignity of Survivors of Human Trafficking. That same year, she founded “Nadia’s Initiative,” an organization that "advocates for victims of sexual violence and works to rebuild communities in crisis,” and challenges world leaders to "push past the status quo and assume a responsibility to act — to make “never again” a reality, not an empty promise.” 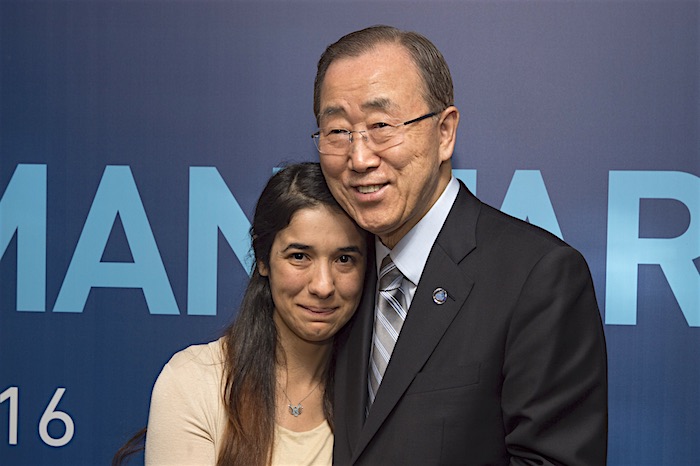 In October, Murad was awarded the Nobel Peace Prize alongside Congolese gynecologist Denis Mukwege for their fight against sexual violence. Awarding her the prize, the Nobel Committee recounted the details of her story and applauded her heroism: “Nadia Murad is one of an estimated 3,000 Yazidi girls and women who were victims of rape and other abuses by the IS army. The abuses were systematic and part of a military strategy. They served as a weapon in the fight against Yazidis and other religious minorities... She has shown uncommon courage in recounting her own sufferings and speaking up on behalf of other victims.”

In her autobiography, “The Last Girl: The Story of Captivity, and My Fight Against the Islamic State” Murad details the horrors of her capture and sexual enslavement. “My story, told honestly and matter-of-factly, is the best weapon I have against terrorism, and I plan on using it until those terrorists are put on trial. There is still so much that needs to be done.”

During conflict, sexual violence is often used as a weapon of war

Around the world, emergencies, displacement and conflict place girls and women at increased risk of sexual assault and abuse. Often separated from their families and communities, they’re particularly vulnerable to gender-based violence.

It was not until 2008 that the United Nations formally recognized the sexual violence against women during conflict as a war crime. UNICEF is devoted to the protection of girls and women who are vulnerable to such crimes and to helping those who have been brutalized during ethnic cleansing campaigns. 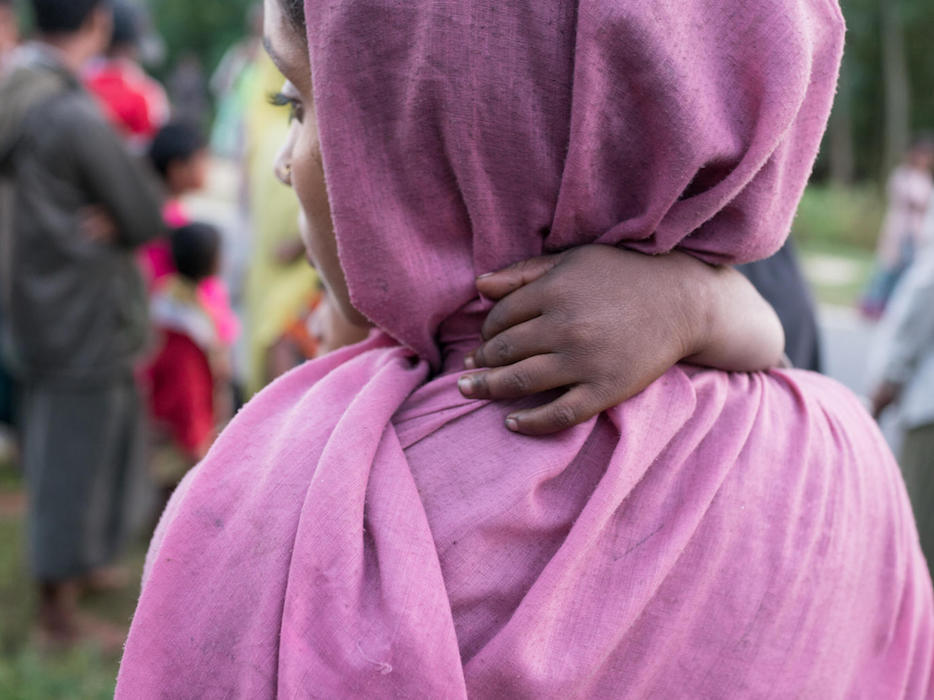 A Rohingya refugee mother and child on the shores of Bangladesh after crossing by boat from Myanmar, in Cox's Bazar district, Bangladesh, November 2017. © UNICEF/UN0156977/Bindra

UNHCR, the UN Refugee Agency, has voiced acute concern of underreporting the sexual violence of asylum seekers because survivors are overwhelmed and reluctant to report assaults out of fear, hopelessness, shame, discrimination or retaliation. For instance, Rohingya refugee women told UNICEF researchers that they are afraid to leave their makeshift shelters in Bangladesh refugee camps because of the stigma associated with sexual violence. For those victims who have faced stigmatization, UNICEF is dedicated to policy reform to avert prejudice of sexual violence victims.

At this year’s UN General Assembly, UNICEF Executive Director Henrietta H. Fore pronounced that children and women are under attack. Speaking out for the millions of women and girls trapped in humanitarian emergencies, Fore called on the international community to join UNICEF in the fight to end gender-based violence in emergencies. "Let us honor their courage with our investment," she said." And let us match their determination with our best efforts to transform the tragedies they’ve endured into the protection, hope and opportunity they deserve.”

UNICEF knows that sexual violence can destroy communities the way few weapons can. UNICEF aims to protect children and women around the world from violence, exploitation and abuse. Please donate now to support UNICEF's programs.