Mothers will do anything to protect their children from violence. But when they themselves are survivors of abuse, fighting back can require enormous bravery. From Moldova, comes this story about Sylvia, a mother who overcomes her own painful past to take action when her husband rapes their daughter, Liza*.

Thanks to Sylvia's courage, Liza is no victim. Together, both mother and daughter received help at a UNICEF-supported shelter, and marshalling their own strength and determination, they are now safe and focusing on a better future. 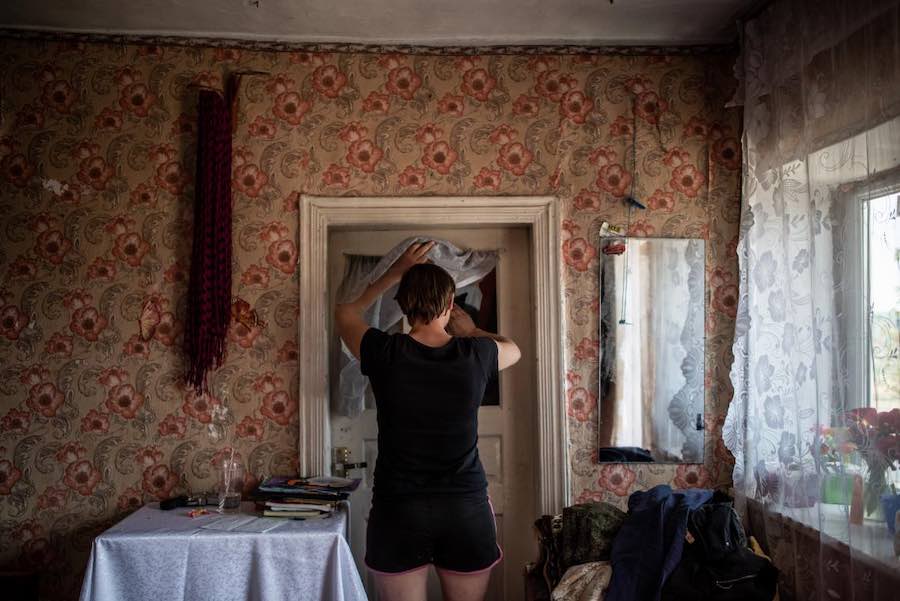 Meet Silvia (above). A mother raising three children alone, she works at a local shop, alternating two 16-hour shifts in a row with two days off.

The schedule is grueling but Silvia is used to hard work. She was born into a poor family and forced to drop out of school at age nine to begin earning a living.

“I didn’t have a childhood, I started working so early," she recalls. "Maybe other kids were also working, but they were much older. I very much wanted to go to school, I would imagine having a backpack and handing flowers to a teacher.”

Silvia grew up in a home full of violence, and at age 15, when she refused to hand over the money she had earned picking fruit, her mother threw her out of the house.

Silvia got married when she was 16 years old. The following year she was pregnant with her first child, Liza.

“It was very difficult. I remember in the maternity ward when they put the baby in my arms, I thought 'What do I do with this creature?' They taught me to breastfeed at the hospital and my neighbour helped me – teaching me to bathe the baby, how to hold her head, how to wrap her in blankets,” she says. 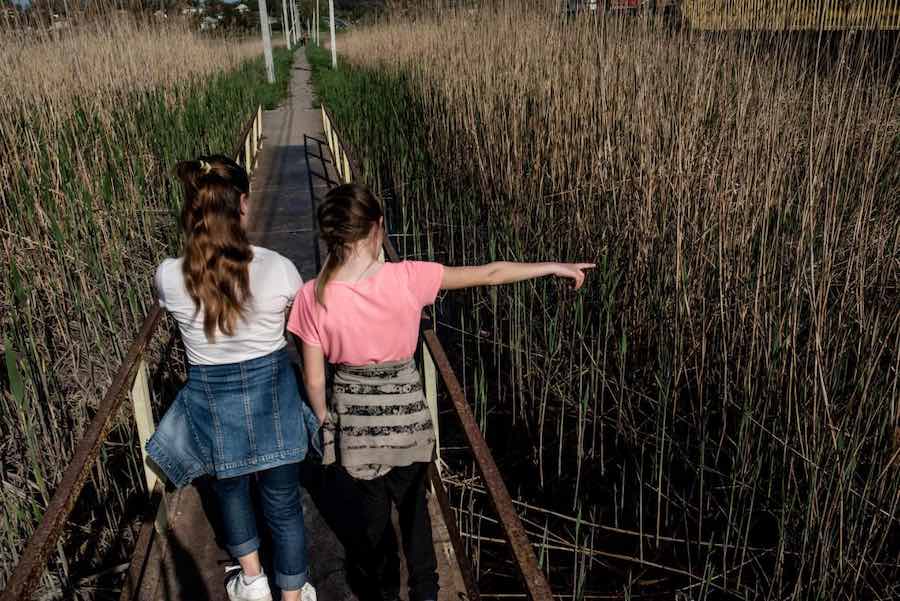 Silvia had two more children, a daughter Lillia (above right, with Liza), and a son Vlad. Though she realized that her children were growing up in an environment that was dangerously similar to her own childhood home, she felt powerless to do anything about it. Their father, her husband, was extremely violent and abusive.

“I feared him, but I also feared for my children not growing up with a father like I did,” she says.

But then, a little over a year ago, she was forced to act, when she found out that her husband had sexually abused Liza.

The day started off normally. She got her daughters ready for school and went to work. In the afternoon, when Silvia called  to check in with the neighbor who helps take care of the girls after school, the neighbor said the girls were not yet home.

“Then Liza called me: ‘Mom come home quickly, please come home now.’ I asked the neighbor what was going on," Silvia recalls with tears dripping down her face. "And she told me that my daughter had been raped."

Once Silvia returned home she lost no time calling the police, who began the criminal investigation and immediately reached out to social workers at an emergency shelter in Moldova’s capital, Chisinau. 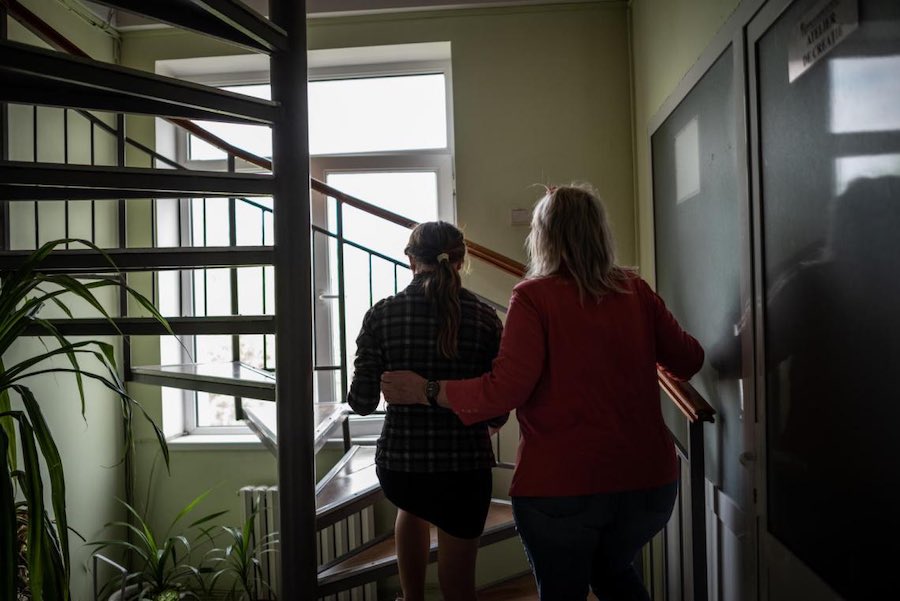 It's there that both Liza (above left with a shelter social worker) and Silvia got the crucial support they both needed to begin healing and move forward with life. Over the course of the next 45 days, Liza received medical care and psychological assistance. Silvia visited her often at the shelter, which also provided free legal support to both mother and daughter.

The shelter in Chisinau is the only one of its kind in Moldova. It opened in 2001 and is currently run by the Ministry of Health, Labor and Social Protection.

In 2016, with the support of UNICEF, a specialized wing opened for women and children — including mothers and children together — who have experienced, or are at risk of experiencing, domestic violence and abuse and trafficking. 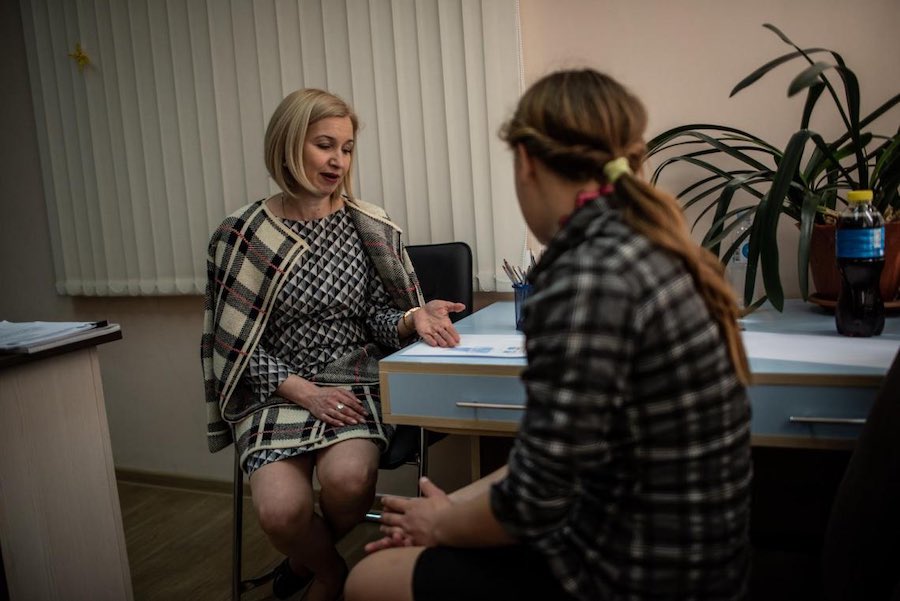 “Liza came in with post-traumatic stress, and of course this influenced her physical health,” explains Rodica Moraru (above with Liza), a psychologist at the shelter who worked closely with Liza during her stay. “The neurologist prescribed medication to deal with her fear and anxiety.”

For all she had suffered, Liza and her mother (together below) were seen by Moraru and the other professionals at the shelter as positive role models. Without support, abuse can severely affect a child, particularly when family members don't believe his or her story — or, even worse, side with the abuser by blaming the child for coming forward. 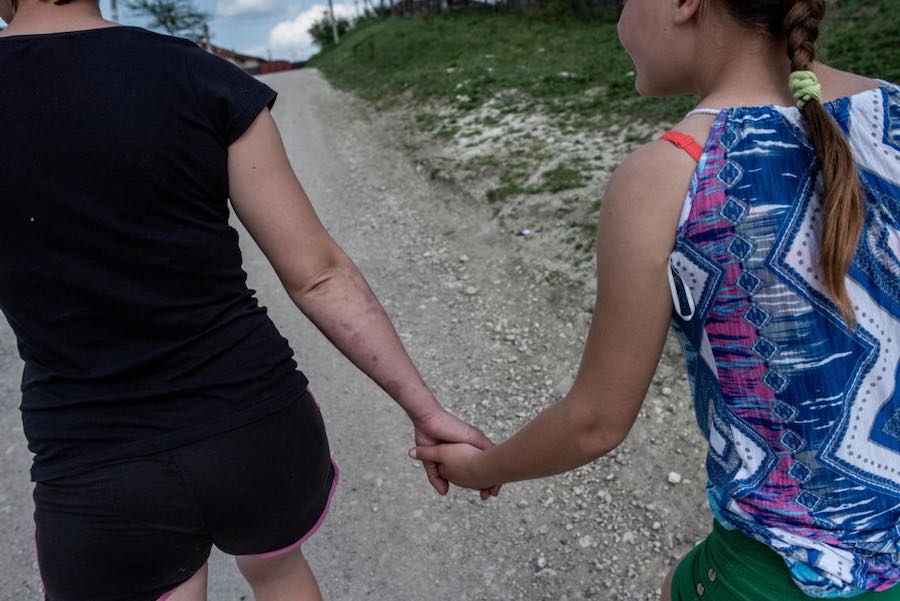 “It’s very important that Liza’s mother believed her,” Moraru says. “When in counselling I explain to the child they should feel no guilt for what happened. In our society there is a mind set that maybe it’s the victim’s fault. If the child understands it is not, it’s easier for her to move on.”

“A child that doesn’t get support may be more likely to be sexually active at a young age, experience unwanted pregnancy, become a victim of human trafficking or prostitution,” says Moraru, who worked with Liza on her return visits to the shelter (above) for continued treatment. 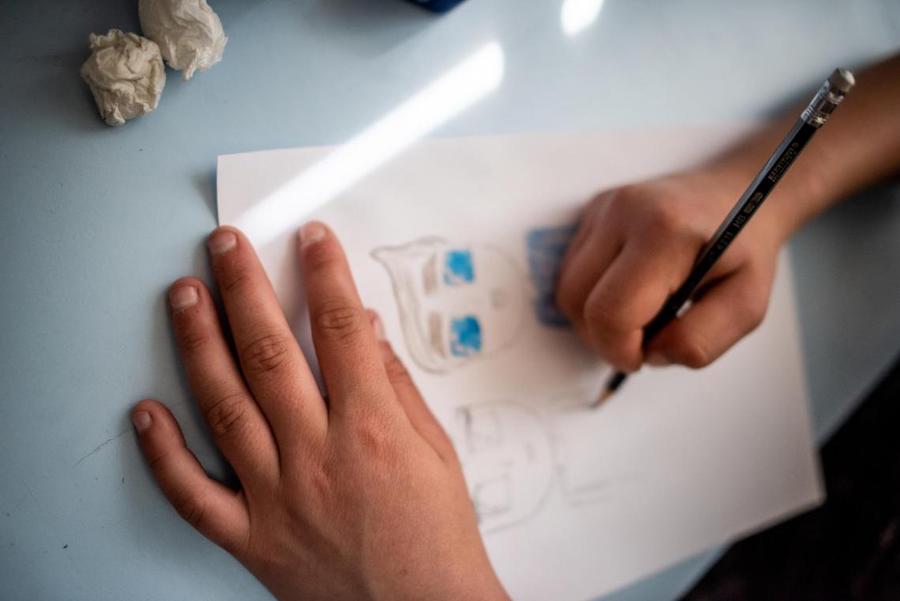 She is very hopeful for Liza, although she can see the effects of the abuse: “She is very mature for her age and she feels responsible for her siblings. My instinct tells me Liza will be okay and that she will overcome this.”

Once she left the shelter, Liza's treatment plan ensured her recovery would continue. Every woman or child who stays in the shelter receives specialized assistance to reintegrate into their communities and their daily lives.

Liza says she's enjoying sports, playing with her friends and taking photos of her family’s pets and farm animals. She also says she is thankful for the time she spent at the shelter and the support she received:

“I liked being at the shelter. I miss the educators who worked with me and took care of me. They made me active – what I mean is more happy and positive, when I laugh a lot. I can imagine for the educators how they must feel at the shelter when they see how much better they make children feel." 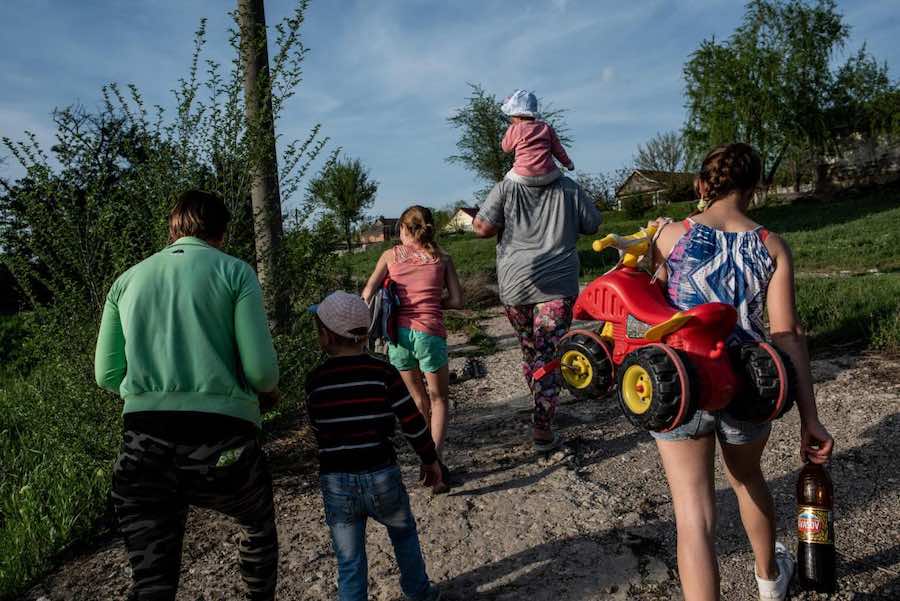 After all Liza's been through, feeling happy and enjoying simple things, like family outings with friends (above) is a big accomplishment. Just as impressive are her dreams for the future. “I want to be an anatomist, or a physical training teacher, or something related to helping children.”

Silvia has a dream, too, that her children’s lives will change for the better. She wants all three of her children to find love and happiness, but also hopes they'll wait to get married: "For my girls it’s a priority to get an education, have a profession, earn their own money and not have to depend on their husbands."

This Mother's Day, honor the caring moms in your life by supporting UNICEF's lifesaving work on behalf of mothers and children around the world.

*All names have been changed in this story to protect the identify of those involved.